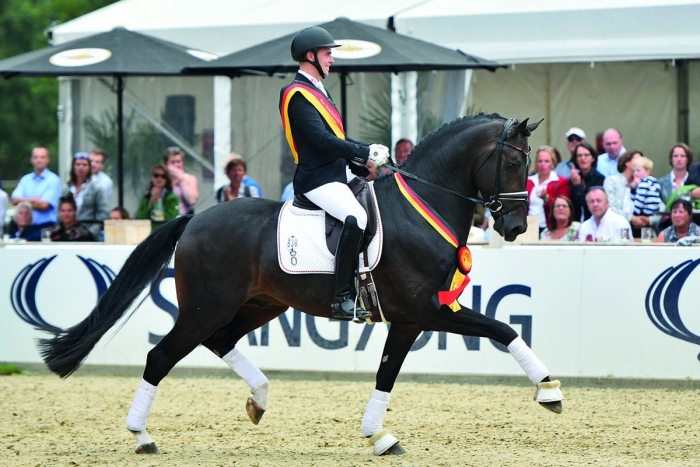 Simply unbeatable. After winning the 2018 German Championships, Zucchero Gold (sport name Zucchero OLD) was also the ultimate benchmark at the 2019 World Championships for six-year-old dressage horses . And once again, he received dream scores: 9.7 for “his beautiful trot, with a lot of swing, good self-carriage and contact” commented the judge Christoph Hess . 9 .4 for his “suppleness, rhythm and ground-coverage” in walk, 9.7 for his “natural balance and power from behind” in canter, 9.7 for submission and 9.8 for his potential . Already, the year before, Zucchero Gold came fourth at the World Championships for young dressage horses (with 9.24), after coming second in the qualifier for the final.

In 2017, at the age of four, Zucchero Gold, who was awarded the OLD suffix for the best Oldenburg bred horses, won the Oldenburg regional Championships. In 2019, he stood at stud for the first time.

His sire Glock’s Zonik N. O. P., who unites the most influential stallions of the Danish breeding with Zack, Romanov and Don Schufro, recently won team silver with Edward Gal/NED at the European Championships in Rotterdam/NED and took eighth and sixth place in the Special and Freestyle. With Zum Glück RS2 OLD, he produced the current German Champion and, with Zenon, a promising young sire. 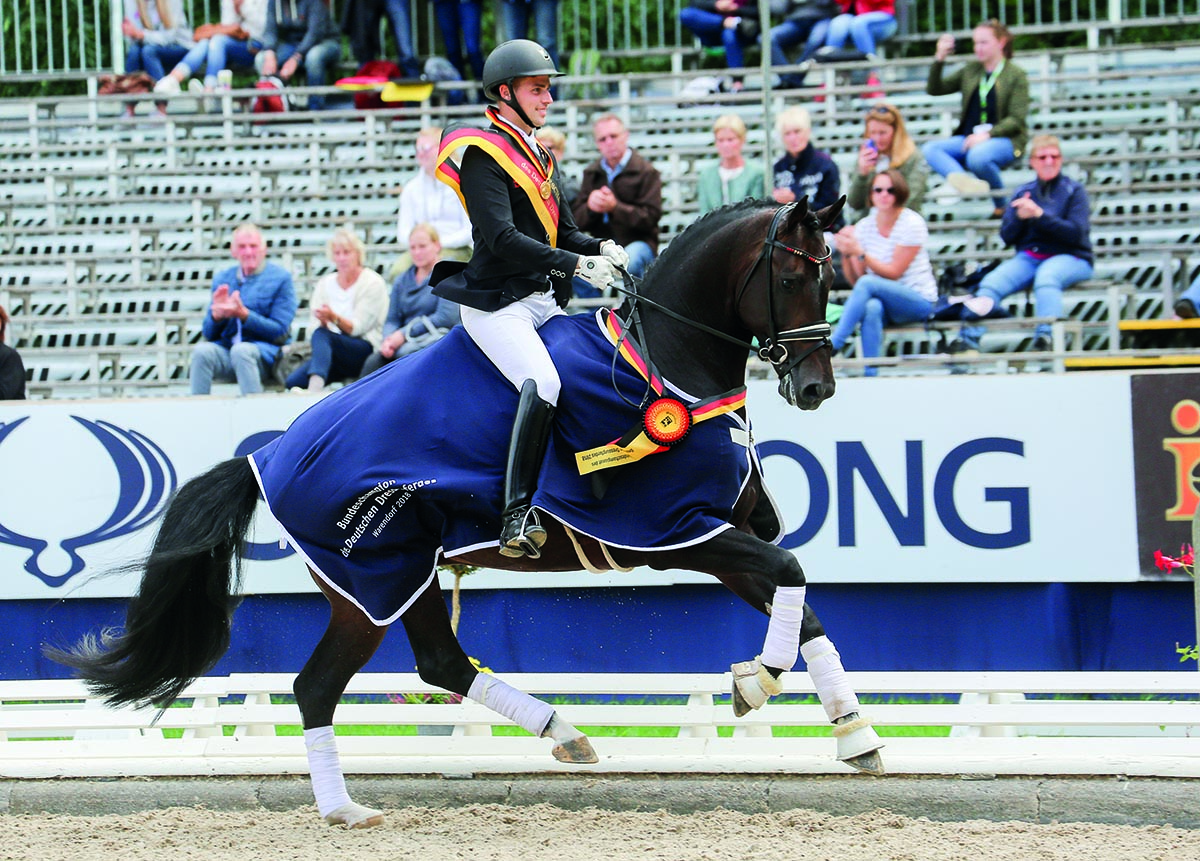