In 2021, Zanetti made his debut with Mareike Mimberg, winning, as expected, competitions for young riding horses and receiving top scores: he was awarded 8.5 for each of his three consistently good paces, 8.3 for rideability and 9.0 for conformation. And an average score of 8.6. At his licensing in 2020 in Westphalia, the charming black stallion was already convincing in all aspects on the triangle and then also on the lunge and loose and was named premium stallion by the licensing commission. At his stallion performance test, he received 8.5 for walk, trot and canter, rideability and performance.

His sire Zoom was the Reserve Champion of the Westphalian licensing in 2016. Ridden by his trainer Helen Langehanenberg, he won advanced level dressage competitions, was placed in the Burg Cup qualifiers in Munich and Balve and took part in the World Championships for young dressage horses.

Our stallion Fürst Romancier in the second generation was Oldenburg main premium champion and fourth at both the World Championships for young dressage horses and the German Championships. 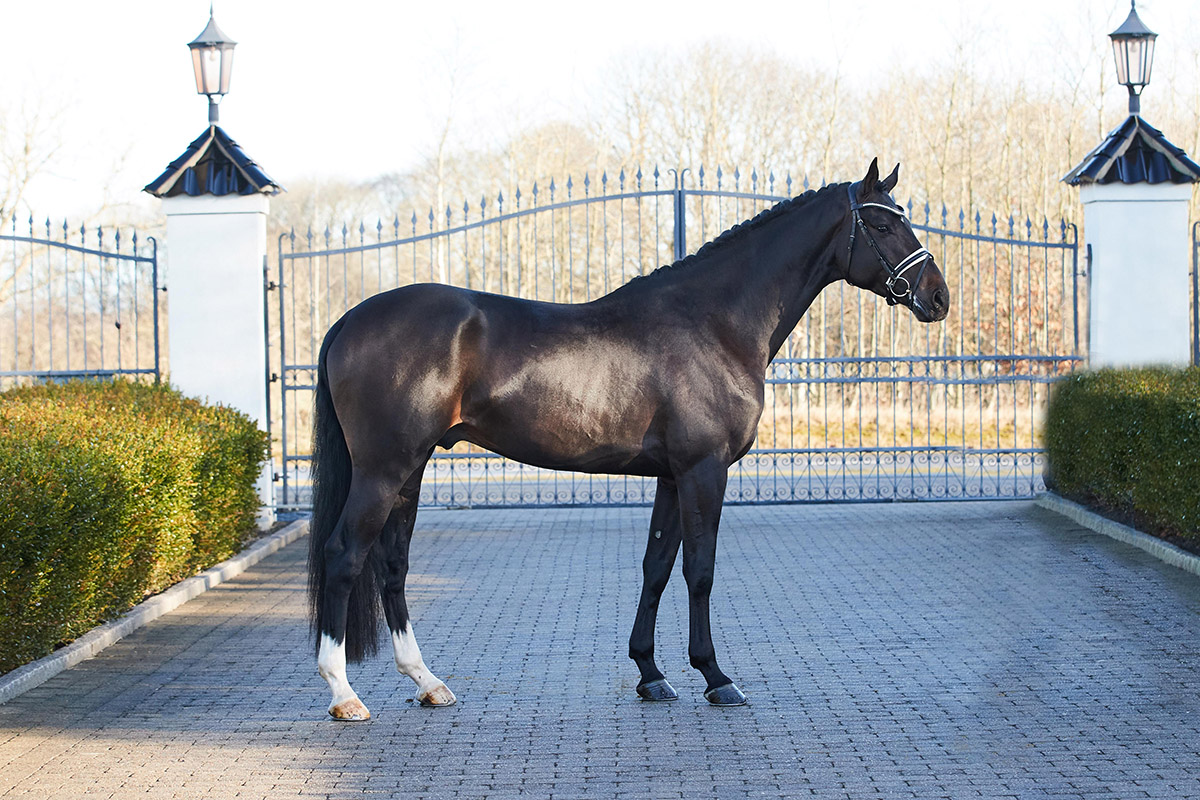