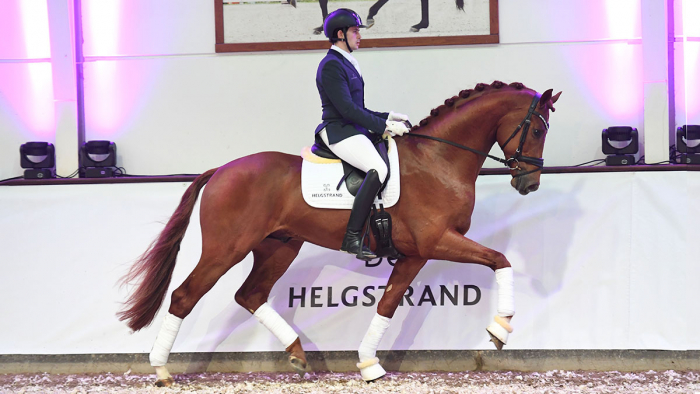 Value has now confirmed under saddle the high assessment he received as Id premium stallion of the Oldenburg Stallion Days in 2021. He passed his stallion performance test in Denmark with equally high scores in walk (8.5), trot (8.0) and canter (8.0), as expected. This incredibly beautiful stallion also received top scores for rideability (8.5). With an overall score of 801.0 points, Value came seventh in a strong field of candidates.

In 2023, Value will present his eagerly-awaited first crop of foals.

His dam St.Pr./El.St. Floris Laetizia is the half sister of Finest Selection OLD (by Follow Me), who is a licensed stallion, German Champion and now victorious in intermediate (M**) dressage competitions.

Located at Helgstrand in Germany. 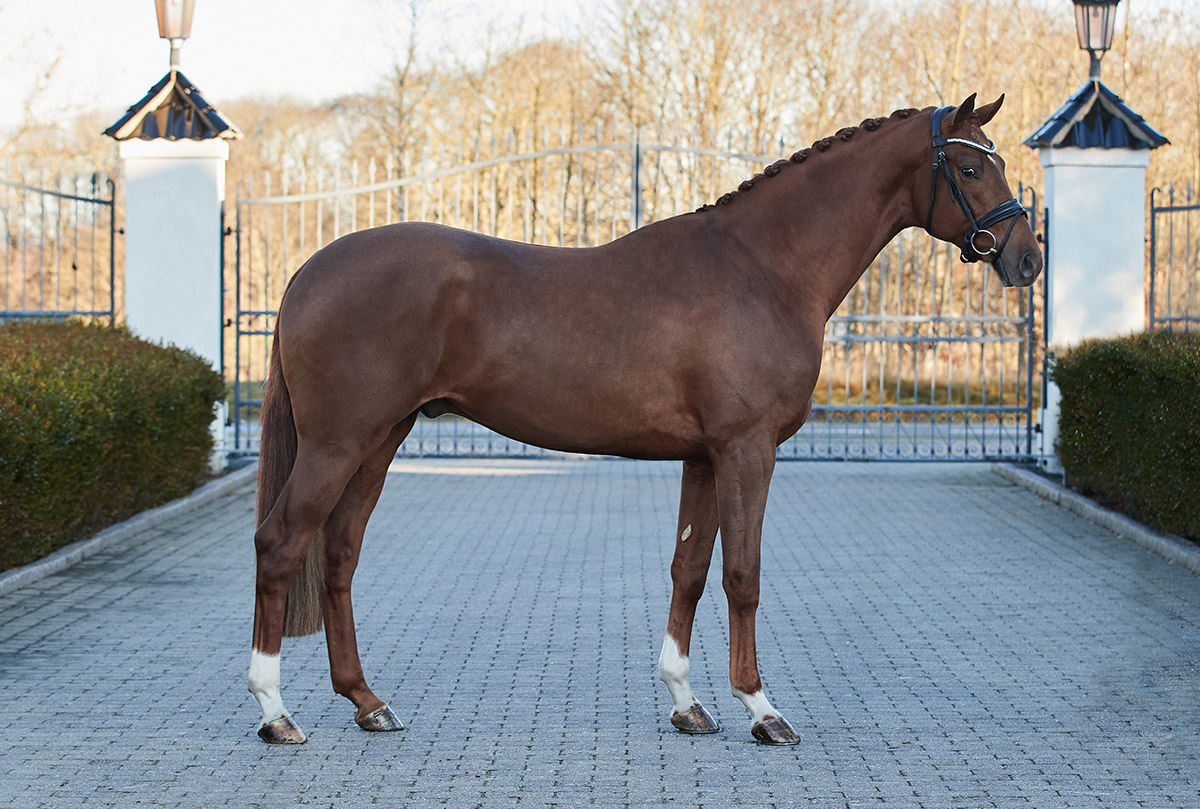 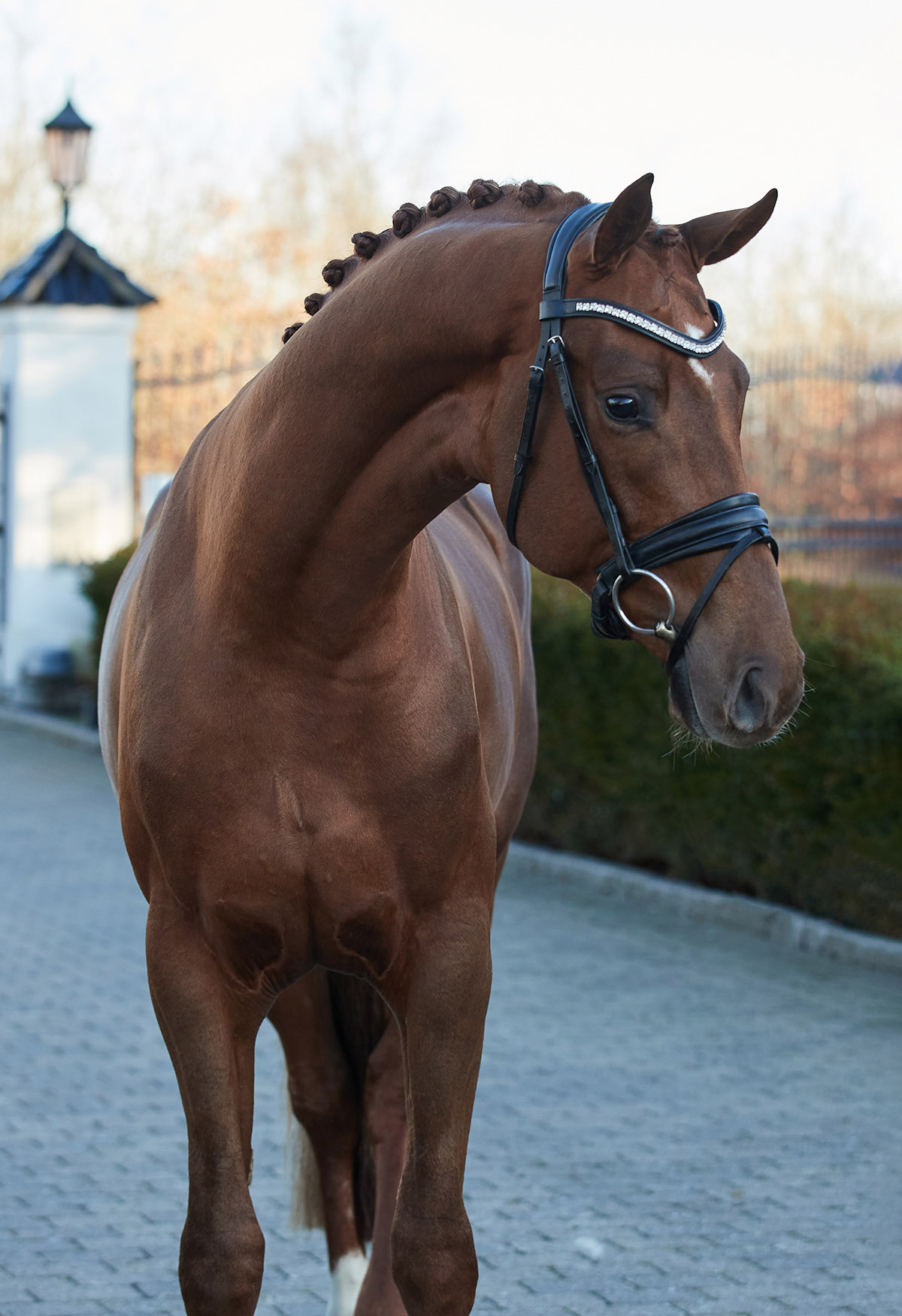