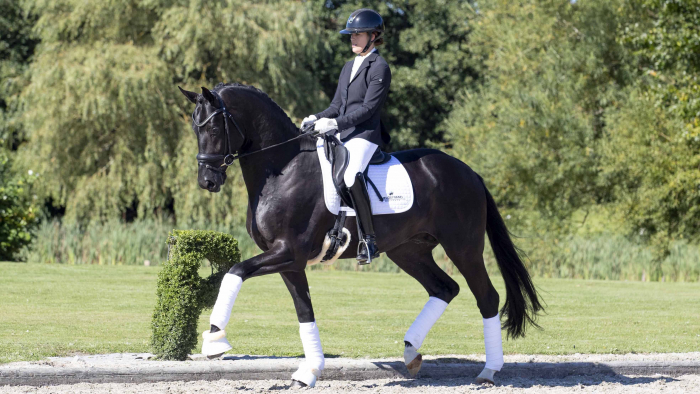 “An impressive dressage horse, whose conformation is clearly designed to go uphill,” praised Dr. Dietrich Plewa in his commentary on Total McLaren's performance in the German Championship’s final for five-year-old dressage horses. The judges awarded a 9.0 for the “elastic working trot with a regular cadence even on a curved line and a grandeur that is captivating”, as well as for the “uphill canter with highlights in the collection”. The walk “with fantastic rhythm, diligence, very good forward-downward stretch and clear footfall sequence” was rated 8.0. The submission and overall impression was once again judged “very good” (9.0). With an overall score of 8.8, Total McLaren won bronze with Leonie Richter - just like the year before with Jana Schrödter in the ranking of four-year-old stallions, where he received the dream score of 10 for canter, 9.5 for trot and for conformation, 9.0 for walk and 8.5 for rideability.

Total McLaren is a discovery from the Dutch licensing in 's Hertogenbosch/NED, where the beautiful, long-legged black stallion attracted all eyes with his noble charisma and his three extremely high-quality paces.

Total McLaren was also licensed in Denmark and passed his stallion performance test there, with expected highlights from his paces and rideability, with a total of 807.0 points.

For the outstanding quality of his foals, Total McLaren was named main premium winner at the Oldenburg Stallion Days in Vechta.

His dam St.Pr.St. Deja Vu, herself a serial winner in tests for young dressage horses, also produced Damon de Luxe OLD (by Damon Hill), who was successful in advanced (S*) level dressage competitions, and two licensed stallions: Supreme (by Sezuan) and a son by Jovian. Her daughter Silberniece (by Franklin) produced our licensed stallion Jamlin (by Jameson). 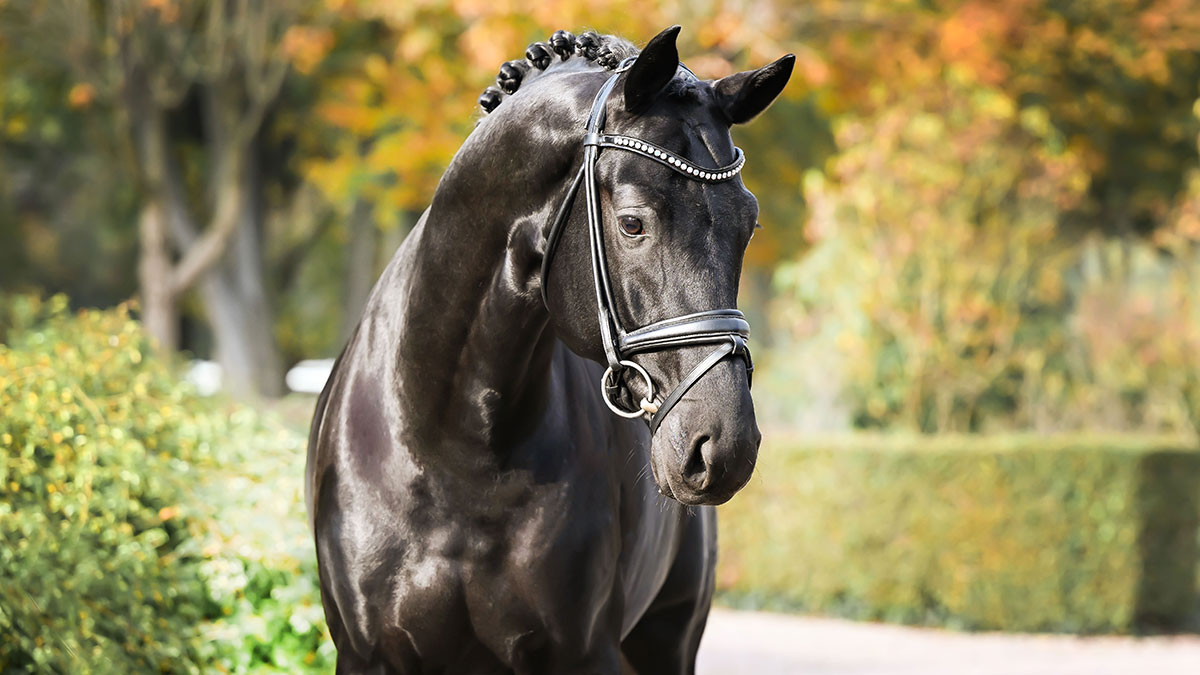 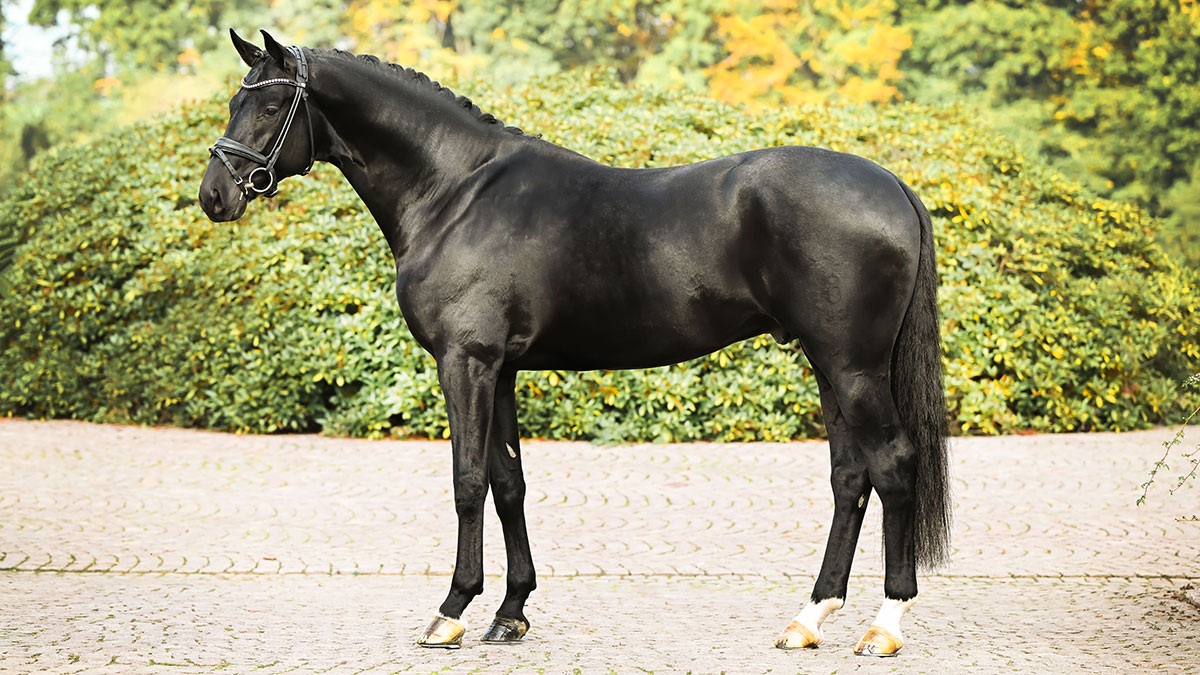