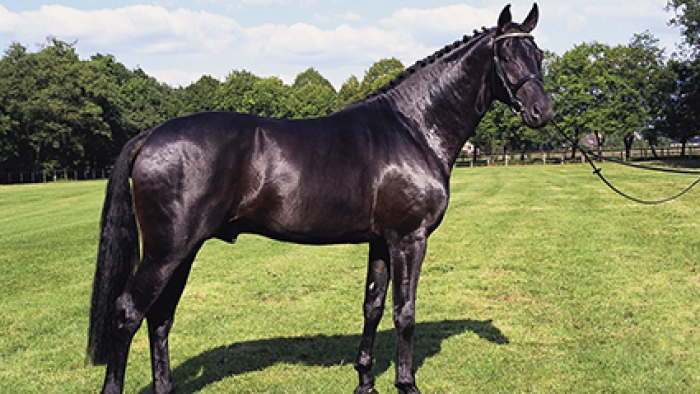 Sandro Hit has made a lasting impression on dressage horse breeding with his brilliant typed and incredibly light-footed offspring. He is considered the founding stallion of our stud - and has never been out of fashion. Since 2012, Sandro Hit has been part of the illustrious circle of the world's best dressage sires. In 2017 and 2018, he was placed second in the WBFSH ranking of the most successful dressage stallions, and has been placed third since 2019.

The hereditary performance of the jet-black stallion, who was World and German Champion, is absolutely unique. Believe it or not, he has produced 190 licensed stallions in Germany alone, which is far more than any other sire has ever been able to produce. The enumeration of his licensing winners, premium stallions and stallion market top prices would go beyond any scope. Many of them also competed, like Sir Donnerhall I, Vice World Champion and German Champion, Sancisco OLD, victorious in Grand Prix, San Francisco OLD, German Champion, auction top price and victorious at advanced (S) level, Sorento, Burg Cup finalist as well as Sir Donnerhall II and Sir Skyfall OLD, both placed at the World Championships for young dressage horses.

His daughters, 493 of whom were awarded the State Premium, are led by the dressage World Champion and double German Champion Poetin, who was auctioned for the record sum of 2.5 million Euros at the P.S.I. Auction. The Oldenburg Champion Mare Silberaster OLD also won double gold at the German Championships and bronze at the World Championships for Young Horses. Furthermore, a daughter of Sandro Hit produced the Olympic Gold medallist, double World Cup winner and triple European Champion Weihegold OLD/Isabell Werth.

The descendants of Sandro Hit have long since conquered the biggest championship stages around the globe. Five of them competed at the 2016 Olympic Games in Rio/BRA, including Showtime FRH/Dorothee Schneider, who became team gold medallist and came sixth in the freestyle, and Santano II/Christopher Burton/AUS, eventing team bronze medallist. In 2019, Showtime FRH won team gold and double silver in the individual finals of the European Championships. In 2018, Salvino/Adrienne Lyle was part of the USA dressage silver medallist team at the World Equestrian Games in Tryon/USA. Sir Donnerhall II OLD/Morgan Barbançon/ESP was placed in the World Cup finals in Paris/FRA and in Gothenburg/SWE. Selten HW/Andres Dahl was part of the Danish team that was placed at the Olympic Games in 2016 and at the World Equestrian Games in 2018. Statesman/Naima Moreira Laliberte/CAN and Sebastien/Lindsay Kellock/CAN were successful in World Cup freestyle competitions.

The prize money of his offspring registered in Germany alone, of which 214 are successful at advanced level up to Grand Prix in dressage, currently amounts to more than 1.59 million Euros.

His sire Sandro Song was Champion of his licensing in 1990 and winner of the main premium champion in 1992.

His dam El. St. Loretta also produced two other licensed stallions: Diamond Hit (by Don Schufro), who was successful up to Grand Prix and Royal Hit (by Royal Dance). 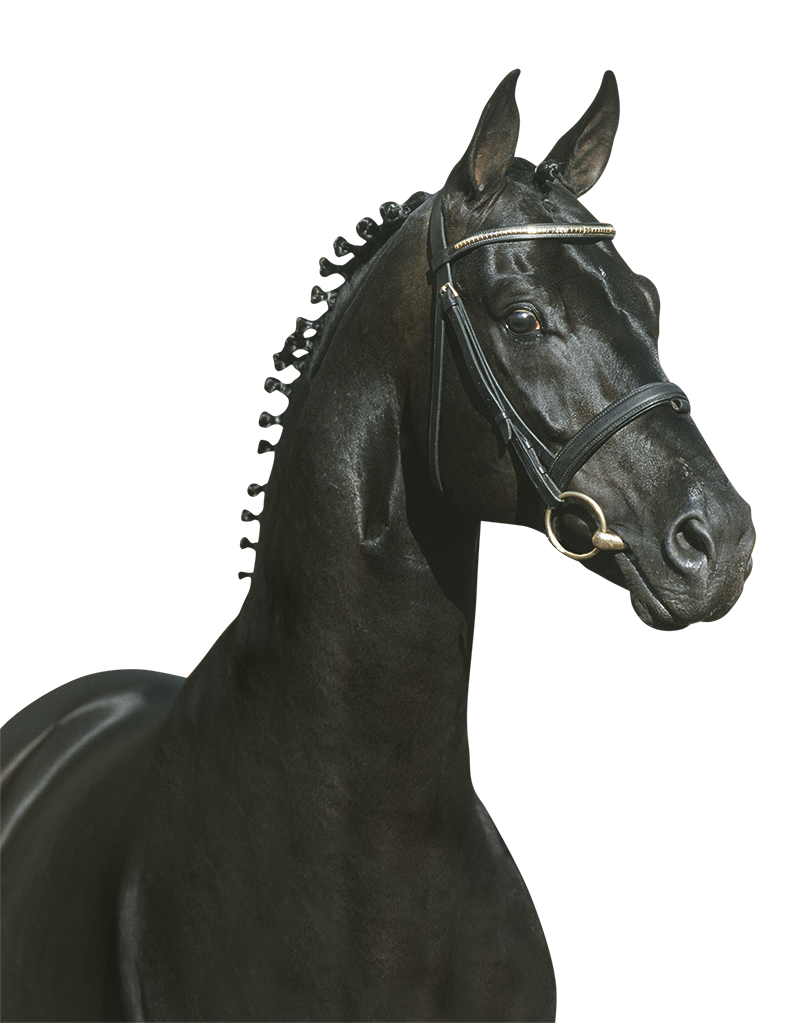