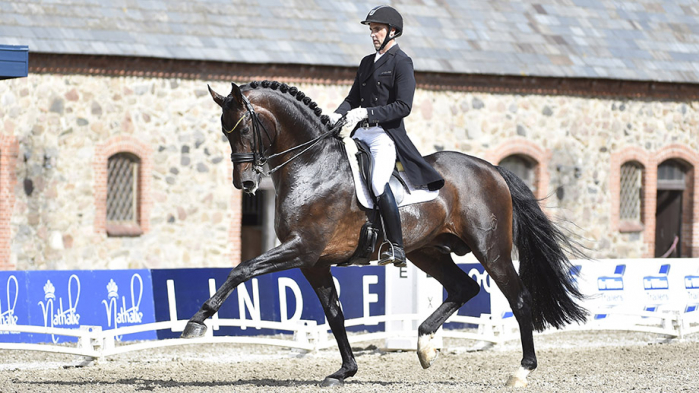 Revolution was given a very special honour in 2021. At only eight years old, he received the title of elite stallion of the Danish breed. He owes this high distinction to his own outstanding performances and to his no less grandiose offspring.

In 2018, the premium stallion of the Hanoverian licensing and Champion stallion of the Danish licensing as well, Stallion Market record price holder, winner of the stallion performance test (seven times the maximum score of 10.0) and Danish Dressage Horse Champion (four times the maximum score of 10.0) won the World Championship crown in the five-year-old class with Andreas Helgstrand/DEN. Overall score: 9.62 (9.8 for trot, 9.0 for walk, 10 for canter, 9.3 for submission, 10 for perspective). In 2019, Revolution again received dream scores in the World Championship final for six-year-old dressage horses (trot 10, canter 9.6, walk 9.0, rideability 8.8, perspective 9.8, total 9.44) and ceded victory by a hair's breadth. At the subsequent Danish Championships, Revolution was awarded 10 for all three paces. He won the gold medal with an overall score of 9.6. In 2020, as a seven-year-old, he made his debut with a win and over 77% at Prix St. Georges level.

Revolution transmits everything to his offspring. The best example: our Oldenburg and Danish Premium stallion, stallion performance test second Reserve Champion, Vice Regional and Hanoverian Champion as well as Danish Championship finalist, Rockabye S. From his first crops, over ten sons of Revolution were approved for breeding, including the Hanoverian Premium stallion Rom, the Danish Premium Stallion Midt-West Evolution, our stallions Radius and Straight Hors Ramses, who were licensed in Denmark, as well as Hesselhøj Rock A Billy, Renomé and Gørklintgård's Royal.

Revolution's daughter Hann.Pr.A. Romy was named Champion Mare of the Herwart von der Decken show in Verden. Valerie B was named Mare of the Year at the Danish Elite Mare Show in Vilhelmsborg.

Revolution is stationed at Helgstrand Dressage.

For the moment it's only possible to order semen from Jovian two times each heat! 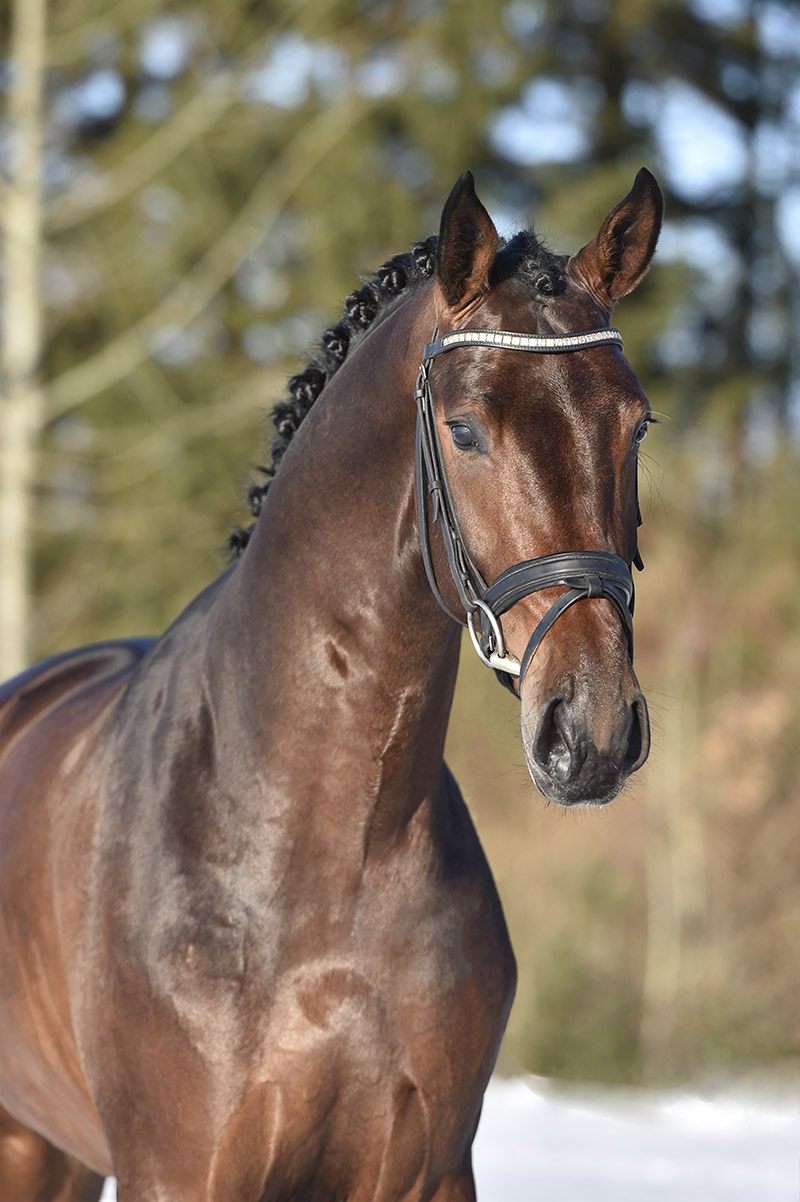