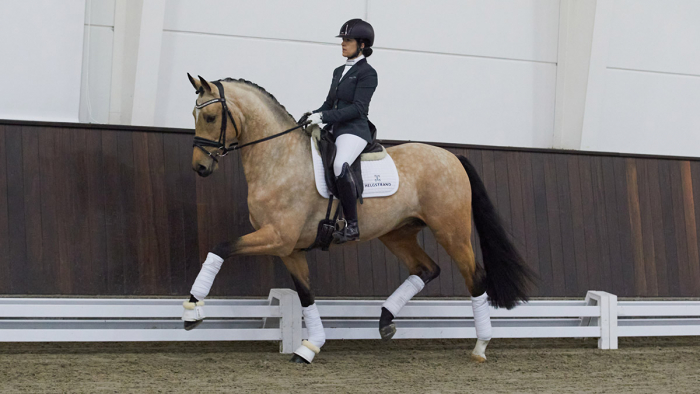 With the jumping blood component so valuable in dressage.

Extravagant, this source Couleur - and not only because of his brownisabell-colored coat! Here the total package is right: charming type, correct foundation and luxurious basic gait arrangement. Quelle Couleur received in 2021 in Münster-Handorf the breeding Go! - much to the delight of his many fans in the stands.

His sire, Qaside MD, is probably the first and so far only Cremello in Germany to be licensed at a riding horse licensing - and as a premium stallion at that.Even as a foal, he stood out - and not only because of his coat color. When he won the show in Pretzie, he received a 10 for his movements. At Klosterhof Medingen, he qualified for the German Foal Championships with a 9.5. He left the foal championship in Neustadt/Dosse as reserve winner of the dressage colts. Ridden by Wibke Hartmann-Stommel, he advanced to Vice State Champion at Neustadt/D. as a three and four year old and was entered in the Bundeschampionat. In the meantime, he and Lara Maria Christiaans have achieved top placings in medium (M**) level dressage competitions.From his first offspring, several sons were licensed and daughters were awarded prizes. The offspring placed in tests for young riding horses according to their age.

From the dam Come to Olympia already offspring with first successes in tests for young show jumpers.

The dam's sire, Captain Fire, a son of the extremely versatile Contendro I, was successful with Marco Kutscher in the show jumping competitions in Stockholm/SWE, Munich and Paris/FRA. In 2003, he was the premium stallion at the NRW licensing and in 2006, with Henrik von Eckermann/SWE in the saddle, he became Bundeschampion of five-year-old show jumpers (9.4). In 2007, he took second place in the Holsteiner Masters Future Prize and in 2009 collected placings at the World Cup tournament in Leipzig, among others. Captain Fire has already produced several licensed and premium stallions. Among his most successful offspring is Felix Haßmann's SIG Captain America.

Third sire is the Pilot son Power and Schöning follows in fourth place.

The fourth dam Dorina produced the Intermediate I dressage horse Dynamik (by Diamantino). 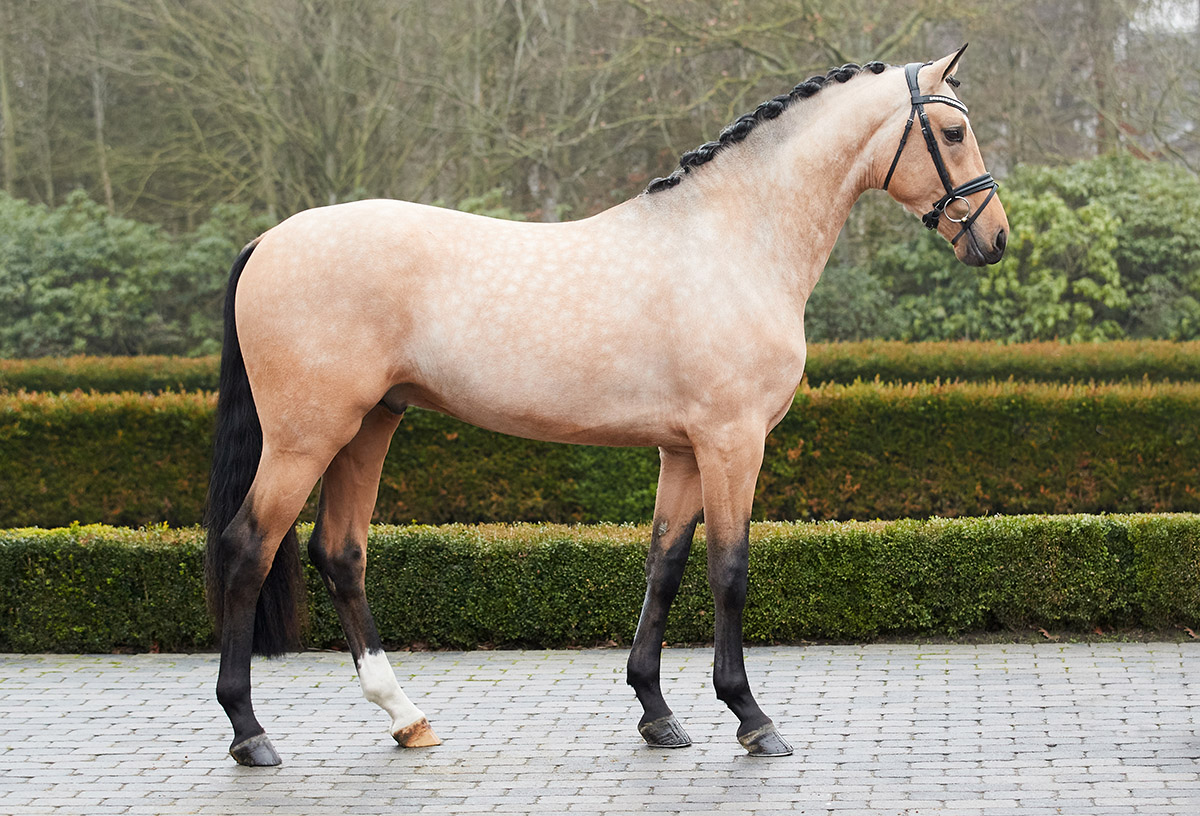 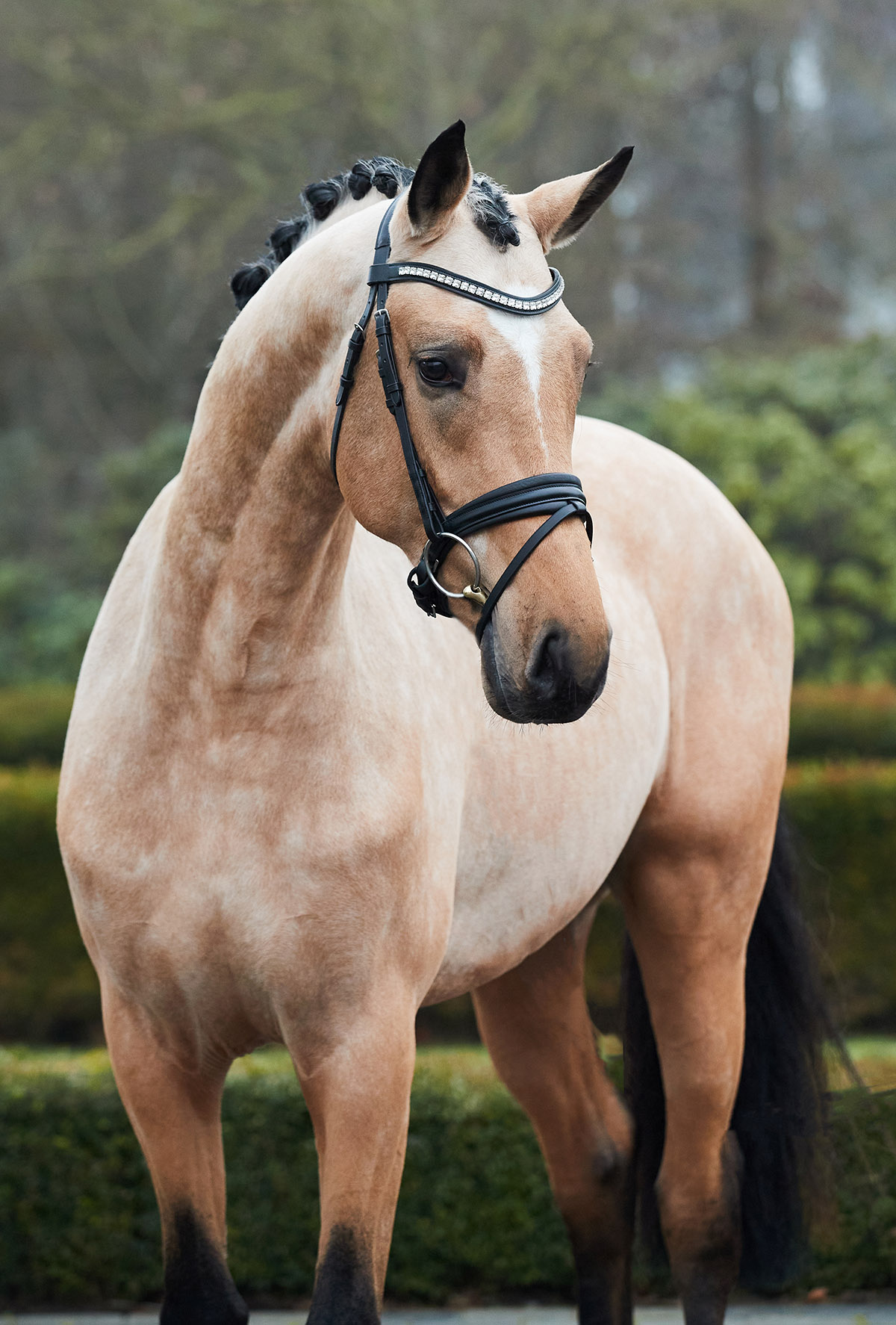