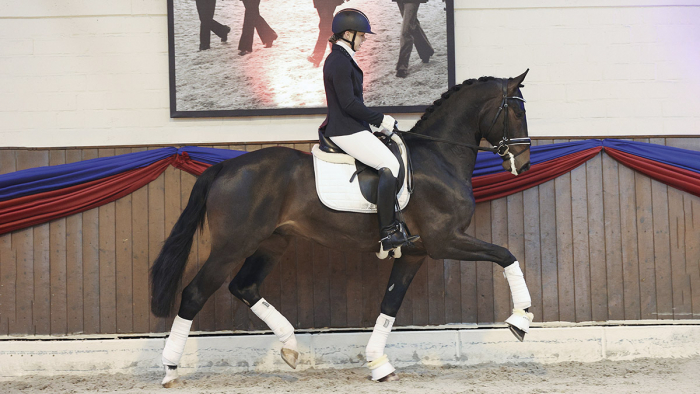 Total Diamond PS was born with the prospect of absolute top-level sport: his sire Totilas was a three-time World Champion and his dam Special Diva was German Champion. With a lot of expression and very active hindquarters, this noble stallion impresses with the highest rideability values. He proved this at his stallion performance test in Schlieckau in 2021.

His sire Totilas, double gold medallist at the European Championships in 2009 and triple gold medallist at the World Equestrian Games in 2010, fascinated people far beyond the dressage arena. The multiple World Record holder and World Cup winner has produced almost 30 licensed stallions, including Total Hope OLD, Champion of his licensing, Swedish Champion, placed third at the World Championships for young dressage horses and Burg Cup and Louisdor Prize winner.

His dam Special Diva was German Champion of three-year-old horses in 2014 with Heiko Klausing and subsequently won many dressage competitions with Isabel Freese/NOR. Her son Monterey (by Morricone I) was premium stallion at the Oldenburg licensing in 2018, Nuit D'or (by Negro), who was sold at the P.S.I. auction in 2017, is victorious in young dressage competitions, just like Deniron PS (by De Niro), and Nuit D’Or’s younger full sister Natascha Diva was also sold at the P.S.I. Auction.

His grand-dam Die Minelli has also produced stallions: Her son Brilliant (by Bretton Woods) was Champion Stallion of the Mecklenburg Licensing Days in 2014 and has since competed in international dressage competitions for Junior Riders. Decor Siebenstein (by Sir Donnerhall I) was sold for over 500,000 Euros at the P.S.I. auction in 2011 and is victorious in Inter II in the Netherlands, Fürst Diamond (by Fürst Romancier) was successful in the international Small Tour with Zina Facklam and Die Minelli's daughter Finella (by Fürst Heinrich) produced the advanced (S) level dressage winner Sid (by L'Espoir).

Son of Totilas and the German Champion Special Diva

Located at Schockemöhle in Germany. 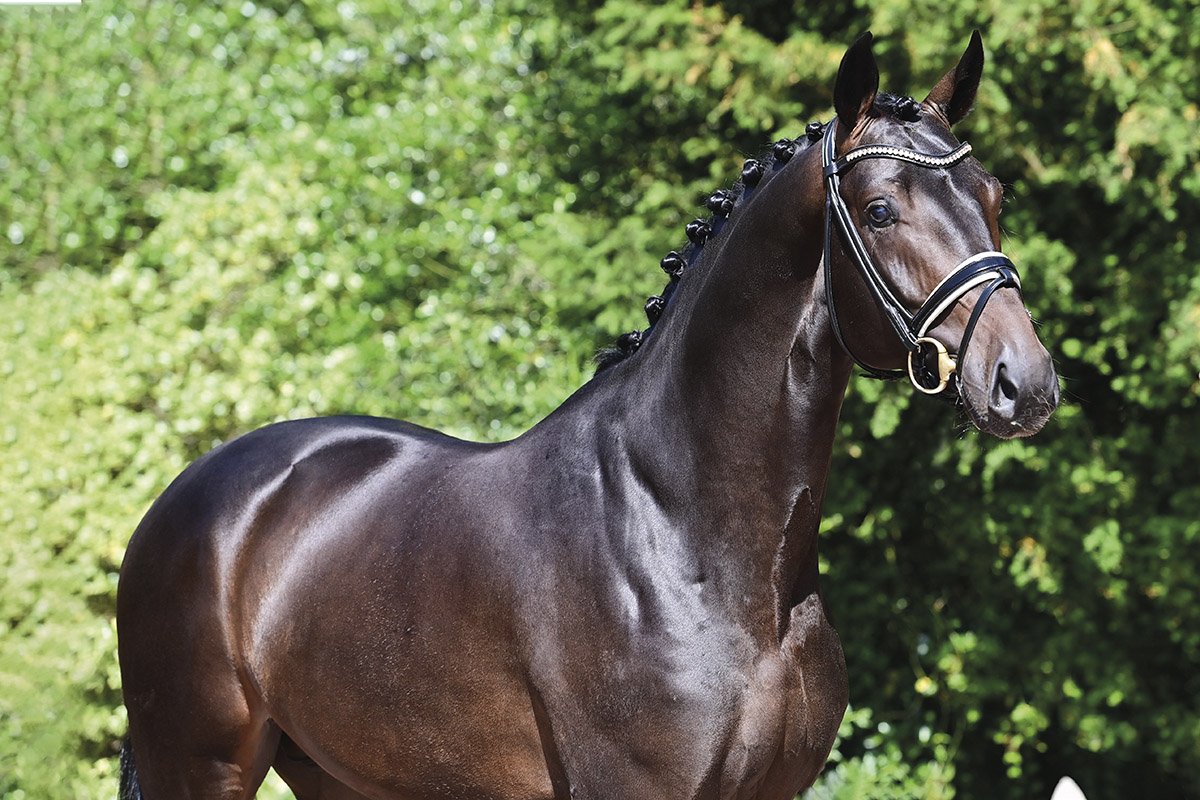