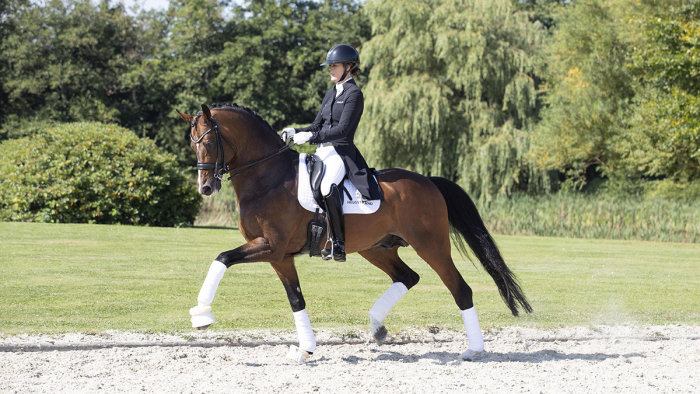 First he made headlines in the dressage arenas himself, now his offspring are doing the same. Everyone is talking about Hesselhøj Donkey Boy: Premium stallion of his licensing in 2015 in Denmark, stallion performance test winner (walk and canter; 9.5, trot: 8.5), Champion Stallion in the four-year-old class in 2016 and winner of the Danish Young Horse Championships (final score: 9.6), bronze medallist at the World Championships for young dressage horses in 2017, finalist in 2018 and silver medallist in 2019 in the seven-year-old class (walk and perspective: 10, trot: 9.5, canter: 9), whilst he also won the Danish Championships, and winner of Inter I dressage competitions in 2020 with scores above 75 percent. Hesselhøj Donkey Boy is also an elite stallion.

10 for walk and perspective 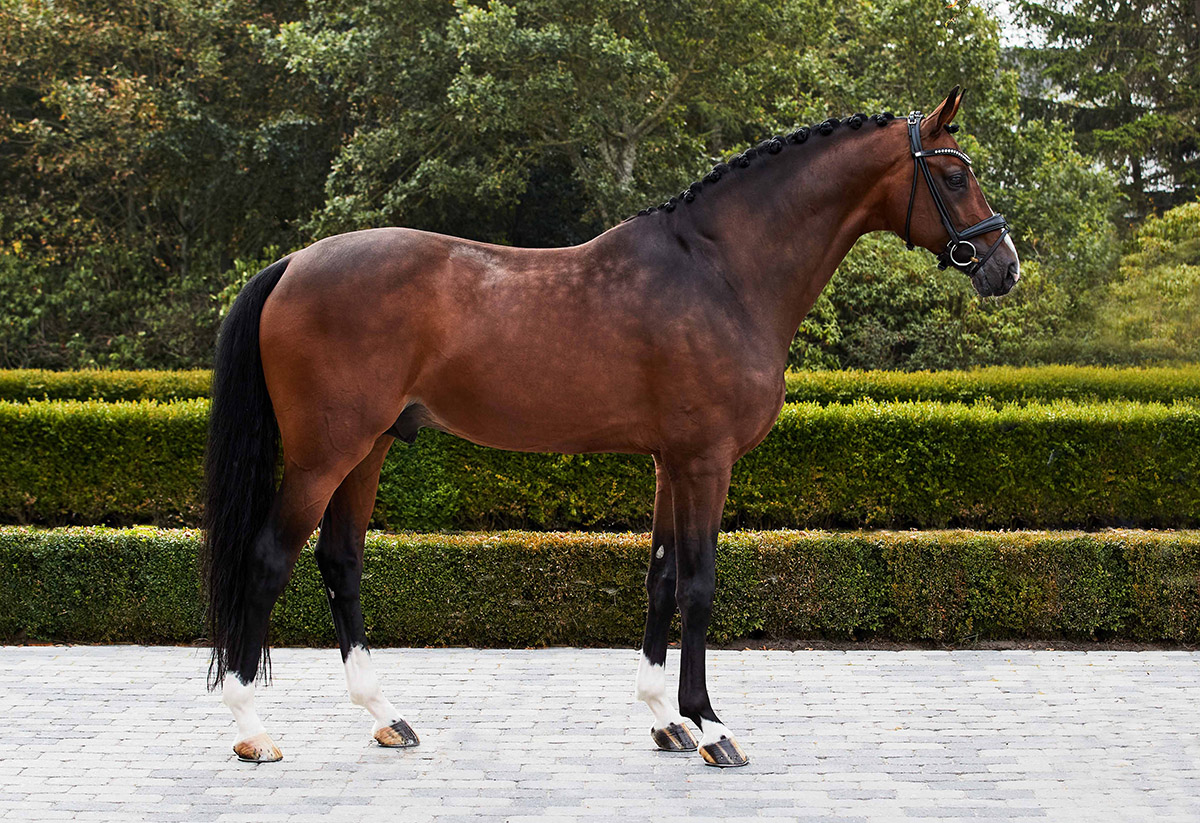 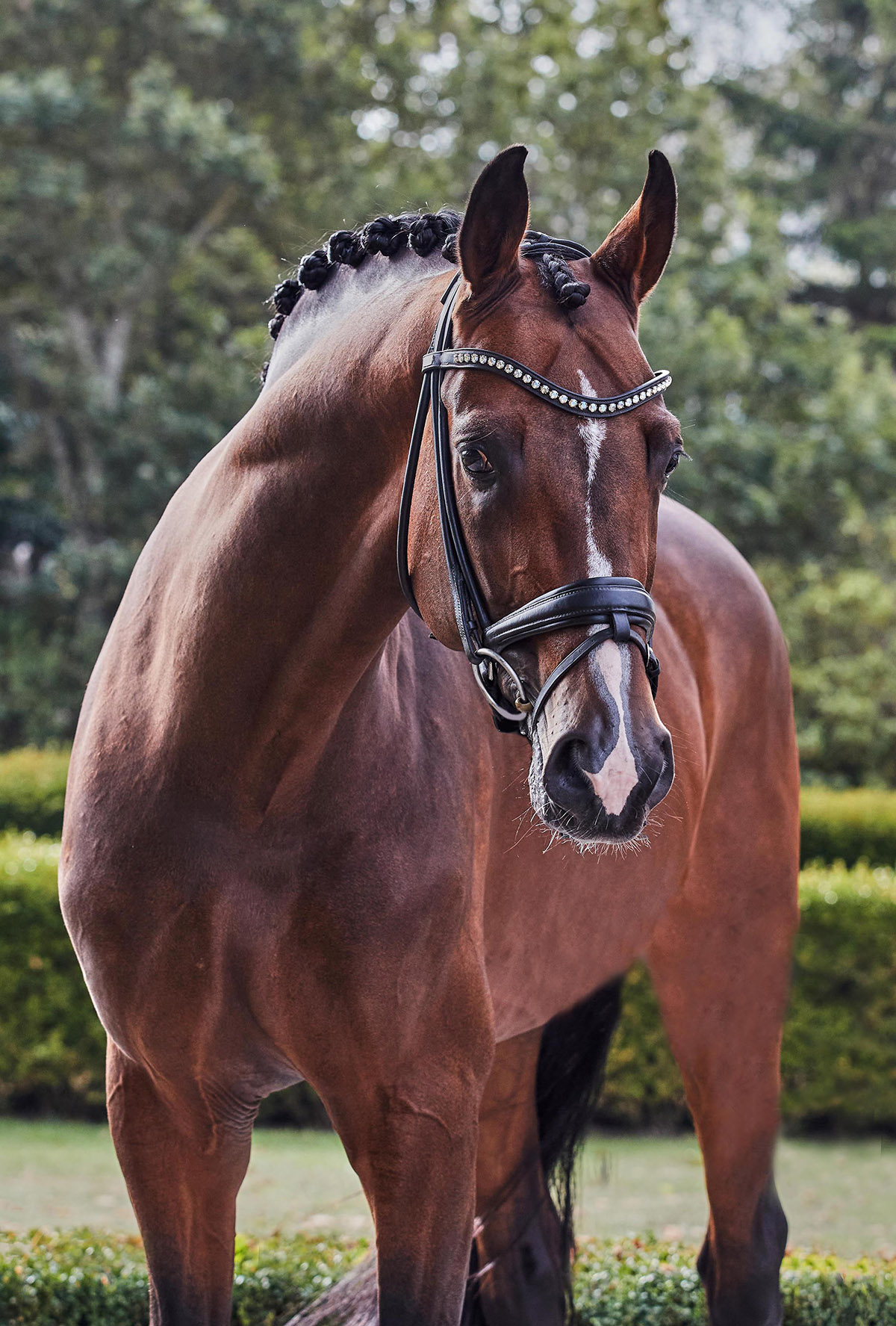