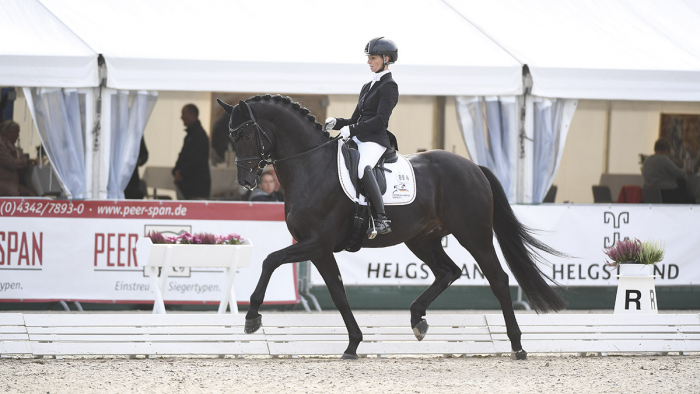 Commentator Susanne Baarup/DEN described Global Player OLD as a “very wonderful horse” during his extremely successful performance at the World Championships for five-year-old dressage horses. The charismatic Champion Stallion and Vice German and Regional Champion received fantastic scores: 9.5 for trot, 9.5 for walk and 9.5 for perspective. He scored 9.2 for his canter and 8.6 for submission. On average, this resulted in a final score of 9.26 and a fourth place behind the stallions from our stud Hesselhøj Down Town and Danciero, who won gold and silver respectively. In the qualification, Global Player OLD had been on course for a medal with his trainer Eva Möller. Global Player already impressed with his performances in Rastede and Warendorf, with the judges awarding the dream score of 10 for his relaxed, ground-covering walk.

After his Oldenburg licensing victory, Global Player also left the Danish licensing as the Champion Stallion in 2019. He completed his stallion performance test in Denmark as the second Reserve Champion with an impressive score of 904.5 points.

Global-Player has presented top class foals. His offspring impress with fantastic types and big paces. They have dominated shows and auctions.

Through his sire Kastel’s Grand Galaxy Win T and his dam, Don Schufro’s daughter Chatel's Schurana, as well as the half-blood Rawage Quintus (by Age xx) in the third generation and the Trakehner Donauwind in the fourth generation, his pedigree combines the best performance lines.His sire Kastel’s Grand Galaxy Win T, a son of Apache/Emmelie Scholtens/NED, who came eighth at the World Cup, and out of a Jazz dam, was Danish Champion Stallion in 2014, Danish Vice Champion in 2015 and placed finalist of the World Championships for 5-year-old dressage horses in 2016. He is now trained to advanced level. 13 of his sons have been licensed, including the premium stallions Hesselhøj Gnags and Giovanni Bell, and the second Reserve Champion of the Oldenburg main premium, Galaxy. His offspring have been placed in competitions for young dressage and riding horses in their age classes. With Got it, Grand Galiano, Logos Gaya and Highfive Fuglsang, he produced Denmark's best young horses in their respective age groups in 2019 and 2020.

His dam Chatel’s Schurana received a silver medal for her test and took part, for Denmark, in the World Championships for young dressage horses in 2007 in Verden. She then started her breeding career.His dam's sire Don Schufro, Danish Champion and Team bronze medallist at the Olympic Games in Hong Kong/HKS in 2008 with Andreas Helgstrand/DEN, produced numerous successful horses, the most famous being Weihegold OLD/Isabell Werth, Olympic Gold medallist, World Cup winner and European Champion. From 2012 to 2017, and again in 2019, he was amongst the top ten best dressage sires in the world according to the WBFSH ranking. For years, he also dominated the FN breeding valuation.The Danish half-blood Rawage Quintus (by Age xx) appears in the third generation of the pedigree. The Trakehner Donauwind, in the fourth generation, is considered by experts to be one of the best sires of the post-war period. He stood at stud in Denmark and then in the USA. He produced the show jumping Olympic and World Cup Champion, Abdullah, and the dressage Grand Prix horse, Fabian.He descends from the original Hanoverian mare line of Williswinda, from which also descend the internationally successful dressage horses Happiness/Isabella Tovek/SWE, Don Corleone/Kathleen Muhr, Radcliffe/Agnete Berger/DEN, Macao/Elizabeth Bortuzzo/USA, Alion/Juan Manuel Vidal/ESP and Angelo/Markus Jungwirth as well as various licensed stallions. 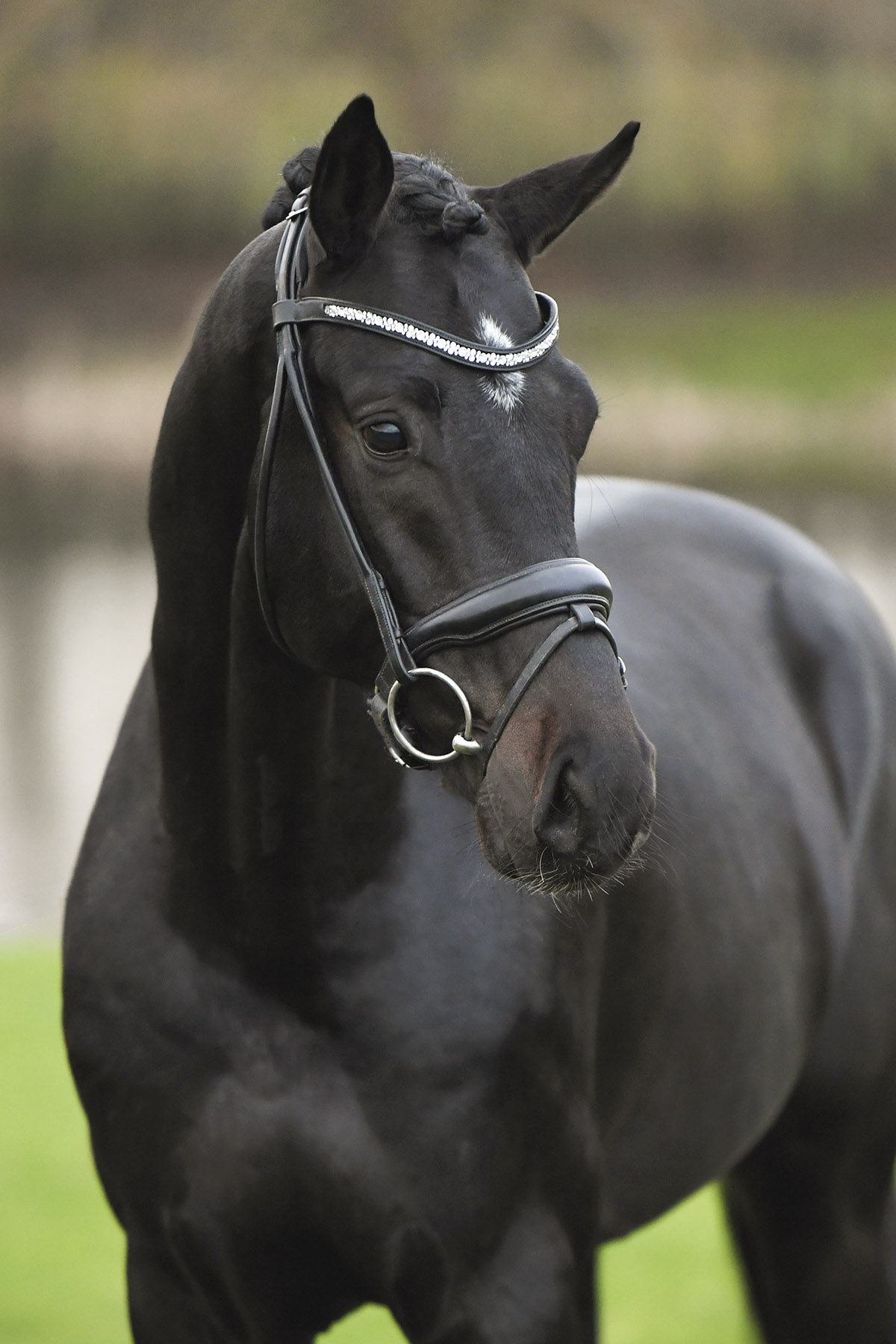