The incredibly long-legged Freetown also has remarkable freedom of the shoulders, a high degree of suppleness and ideal impulsion and power from the hindquarters. Licensed in Oldenburg in 2019, this remarkable talent was first given enough time to mature physically. In 2020, he completed his stallion performance test in Denmark with expected highlights for his paces and willingness to perform. In 2021, in the final of the Danish Championships for four-year-old dressage horses, he received 9.4 for trot, 8.7 for walk, 8.5 for canter, 9.0 for rideability and 8.8 for the general impression. With an overall score of 8.8, he was placed fifth against very strong competition.

His sire Fürst Wilhelm was victorious in sport up to Intermediaire I level and was named VTV dressage stallion in 2017.

His great-grand-dam St. Pr. St. Flic Flac product the mare St.Pr.St. Daireen (by Donnerhall). She produced the Hanoverian Champion Stallion and record price holder His Highness (by Hohenstein) and the advanced (S) level dressage horse Summertime (by Sandro Hit). Flic Flac is the half-sister of the licensed stallion Donnerprinz (by Donnerhall), who was victorious up to Inter I level.

From the same line as His Highness 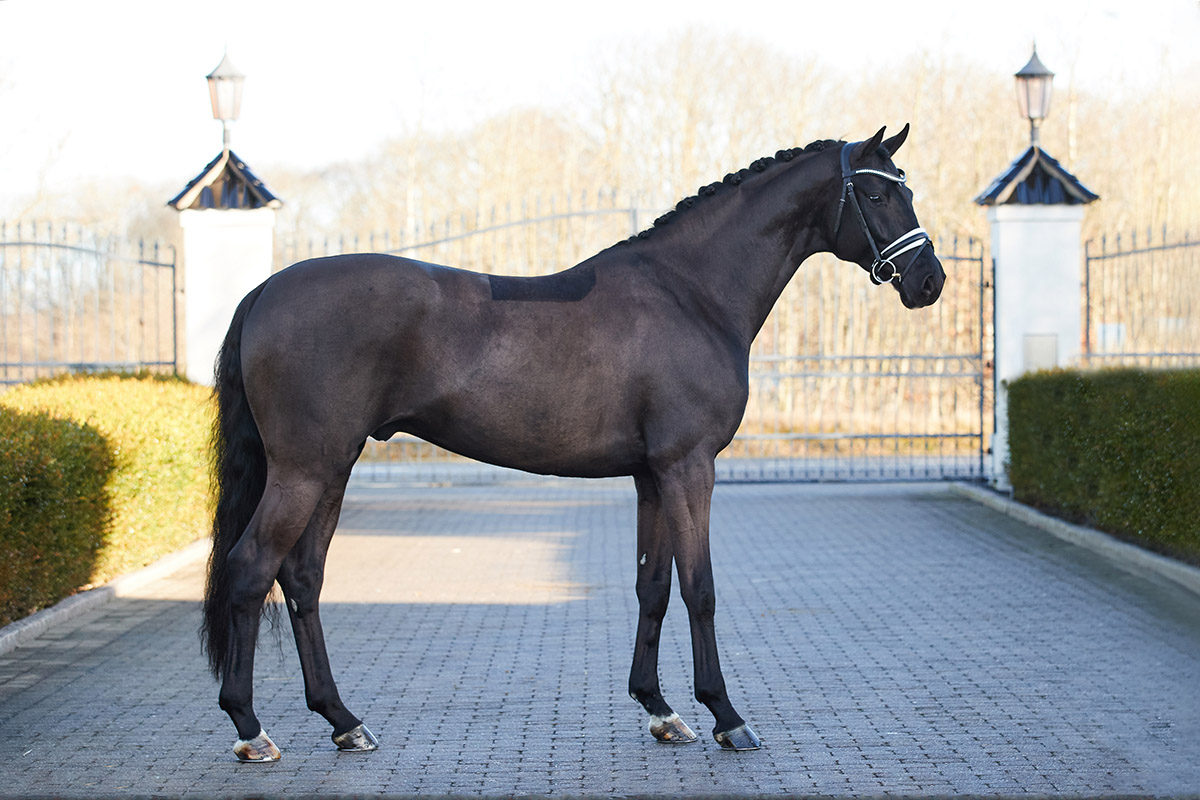