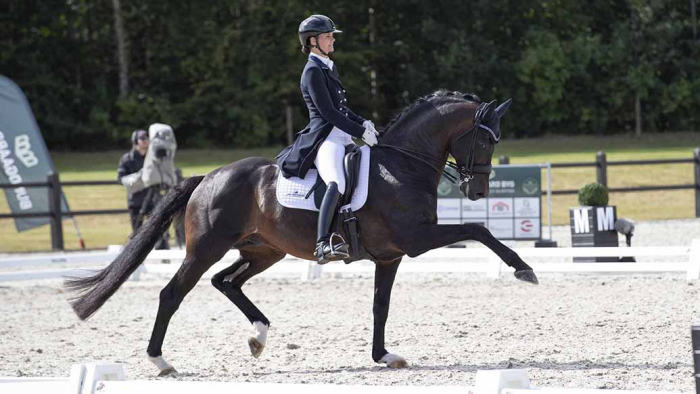 Honor to whom honor is due: Franklin was named an elite stallion in Denmark. A high distinction that honors his sporting successes up to Intermediate I, but above all his enormous hereditary power. Hardly any other stallion and his offspring have such a worldwide presence as our KWPN Champion Stallion, HLP winner and dressage horse World Championship finalist.

Many of his sons have been licensed, including the reserve winners Franklin's Love PS, Kadans and our newcomer Feinsten, the Oldenburg State Championship bronze winner Fair Deal, the winner of the Aage Ravn's Trophy, Slangerupgaard's Flottenheimer, and our straight horses Finest Hour and Franzé, licensed in Denmark. Among the sporting offspring, the St. Georges placed stallion F. Georges dressage, Fendi/Sönke Rothenberger, the dressage horse World Championship eighth-place finisher Francis Drake OLD/Leonie Richter, the Hanoverian Vice Champion Elektra di Fonte Abeti/Frederico Migue Mexia de Almeida/POR, the British Vice Champion Franklin Hit/Michael Eilberg/GBR and the bronze winner of the Young Horse Championships in Spain, Mambeau B/Antonio Verdejo Pérez/ESP. Five offspring qualified for the DWB Young Horse Championships to be held in Herning in March 2022. In 2021, the Franklin daughter Faretti was awarded the gold medal at the Elite Mare Show in Denmark. Silver went to Straight Horse Floriana and Fairy, and bronze to Straight Horse Fellini. Faretti was the best DWB dressage filly in 2017 and was knocked down at the Nordic International Sales Auction for the sensational price of 150,000 euros. The full sister Faretti II was top priced the following year. In 2020, the filly Fascination cost 60,000 euros at the Schockemöhle/Helgstrand Online Foal Auction. The title of best filly went to the Franklin daughter Francisca Lightfoot in 2016 and to her sire's sister Vilard's Fina in 2021.The sire Ampère, himself a KWPN Champion Stallion and HLP winner, sired the successful Grand Prix stallions Abegglen FH NRW/Victoria Max-Theurer/AUT, Attraktiv/Ivan Nieto Sanchez/ESP, Amandori/Simone Pearce/AUS and the Olympic contender All at Once/Yessin Rahmouni/MAR. His award-winning daughters are led by the Westphalian Champion Mare Anky and the mare Amicella, who produced the Westphalian Champion Stallion, Westphalian and National Champion Valverde. Numerous auction tops are recorded.Franklin's pedigree shows highly interesting linebreeding to the stallion legends Ferro and Flemmingh.The dam's sire Ferro secured triple championship silver. Under Coby van Baalen/NED, he was part of the second-placed Dutch team at the 1998 World Equestrian Games in Rome/ITA, at the 1999 European Championships in Arnhem/NED and at the 2000 Olympic Games in Sydney/AUS. He also finished second in the World Cup Final in 's-Hertogenbosch/NED. His 17 licensed sons include Rousseau, Negro, Metall and Rhodium. In the Netherlands, he received the "keur" award.

The maternal grandsire Flemmingh is one of the most important dressage sires in the Netherlands and made his mark in the Grand Prix stallions Krack C/Anky van Grunsven/NED and Lingh/Edward Gal/NED.

Heir to the Ampère throne

Franklin is stationed at Helgstrand Dressage. 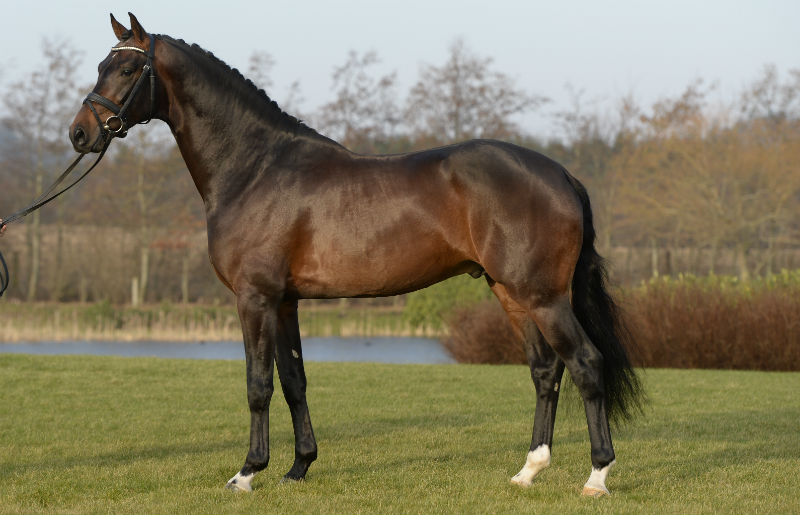 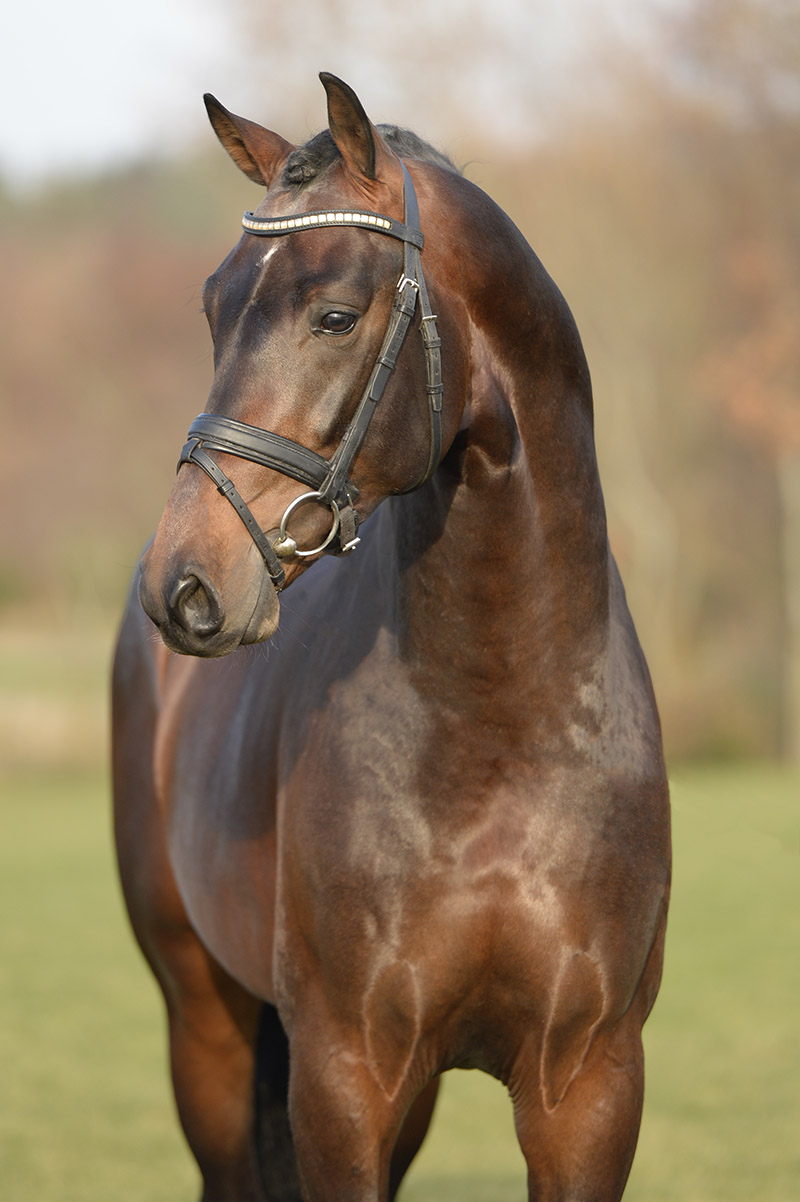