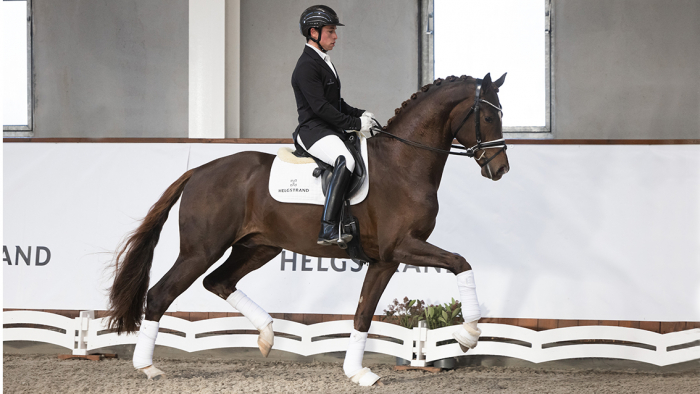 The outstanding premium stallion of the Hanoverian licensing

For Royalty made his first royal appearance at the Hanoverian licensing, which he left as an acclaimed premium stallion. “He remarkably enters the stage,” began licensing commissioner Heike Kemmer’s commentary. “A very well-built stallion that moves powerfully from the hindquarters and always remains closed. The good back construction enables power transmission. His great work attitude was revealed on the lunge. He was always focused. A special horse, with a special presence. We will definitely see him again!”

His sire For Romance I, himself out of the famous stallion dam Gesina, started his career as Oldenburg Champion Stallion and Main Premium Winner. In sport, he qualified for the German Championships for young dressage horses, took part in the Burg Cup Final and was placed in Grand Prix competitions with Therese Nilshagen. For Romance I has sired over 50 licensed stallions, including champion stallions such as Fashion in Black NRW. He has produced over 50 premium mares, amongst whom the champion mares Fabella Noir F in Westphalia and Heideromanze in Oldenburg stand out. Numerous champion foals and auction top prices are to his credit. His many championship-winning offspring are led by the bronze medallist of the World Championships for young dressage horses For Magic Equestra/Beata Stremler/POL.

The breeding heroes De Niro and Weltmeyer appear in the pedigree. 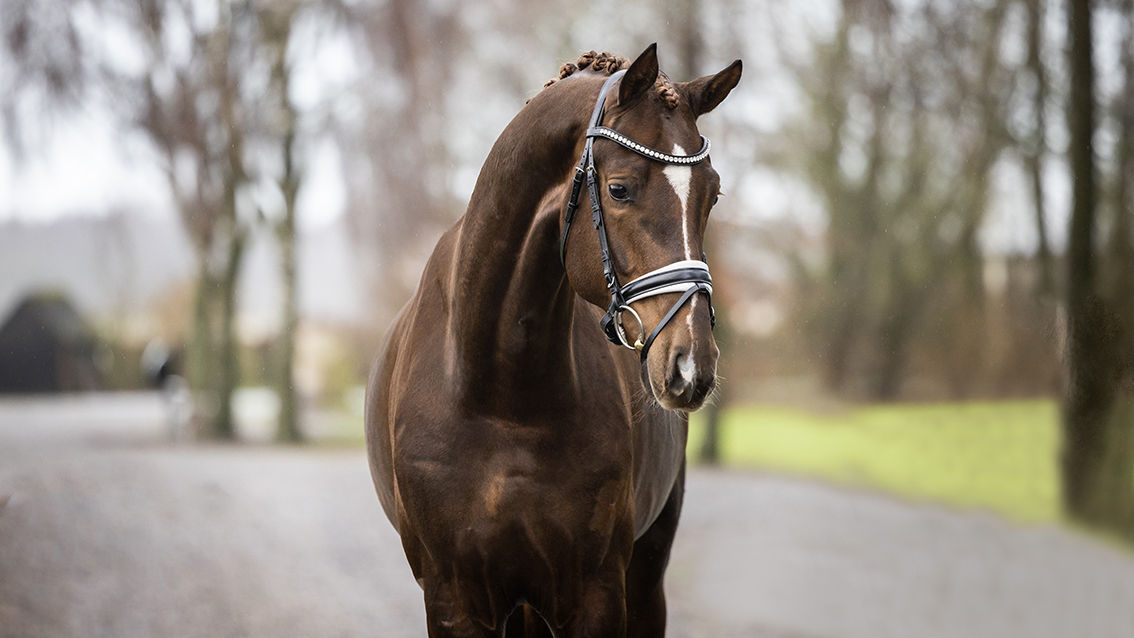