From his first crop of foals, For Romance II has already produced three licensed stallions in Vechta and Verden, including Fortron and Friedrich der Große who were called to the premium ring of the best of the year. The latter was third top price of the Stallion Market, selling for 240.000 euros. At the German Foal Championships in Lienen, a colt and filly by For Romance II were placed in the final.

For Romance II continued his sporting career by qualifying for the German Championships and Oldenburg Championships for six-year old dressage horses with Frederic Wandres. At the P. S. I. auction, For Romance II was sold for 700.000 euros to Blue Mountain Farm but remains with his rider for further training and is thus still available to breeders.

In 2009, his sire Fürst Romancier was fourth at the World Championships for five-year-old dressage horses and at the German championships. Among his numerous successful offspring are the Burg Cup winner First Romance/Dorothee Schneider and Fürst Levantino, Burg Cup finalist and silver medallist of the Junior European Championships.

For Romance II is the full brother of For Romance I, Oldenburg Champion stallion, record price holder of the Stallion Market, winner of the main premium, Burg Cup finalist and successful in Grand Prix, of the licensed stallion Fürst Donnerhall PS, of Fasine OLD, Oldenburg Champion Mare, German Champion, P. S. I. price record holder and successful at S level, who has also produced the stallion Fasino (by Foundation) who stands at our stud, and of the mare A la Fasine (by Apache), who has produced the licensed stallion HP Valentino (by Vitalis) . Don Romance PS comes from the crossing of El. St. Gesina and Dante Weltino. Bred to De Niro, Gesina also produced the licensed stallion Desino.

Video of For Romance 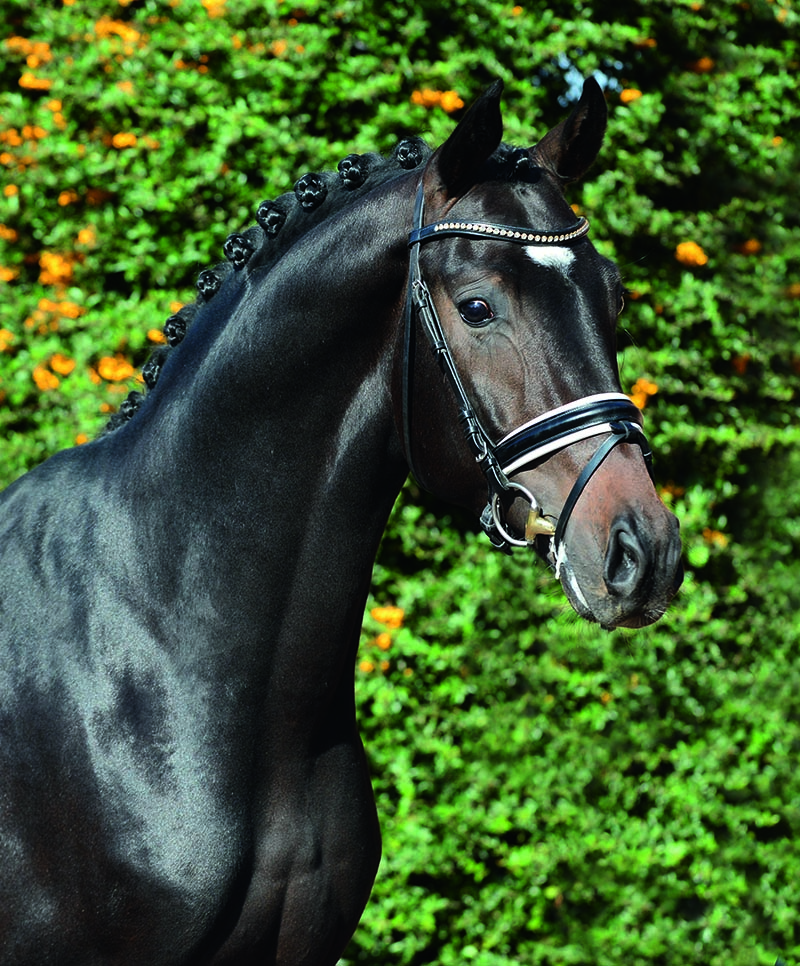