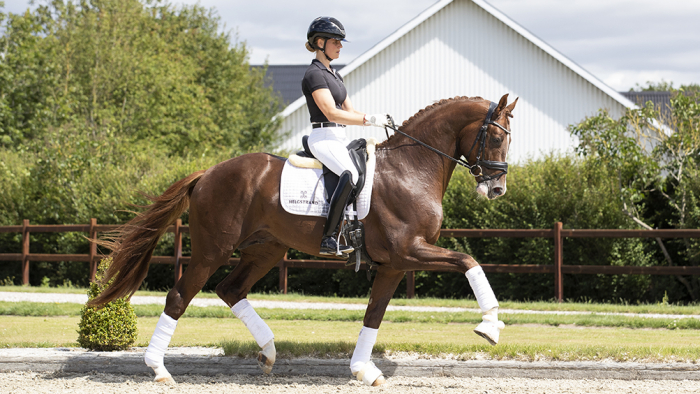 The acclaimed Oldenburg Reserve Champion Stallion, who has since also been awarded in Denmark, Fifty-Fifty confirmed his exceptional talent under saddle: at his 2022 short test in Vechta, this beautiful stallion with huge paces received the expected top scores for willingness to perform and rideability: 9.5 and 9,3. Overall, he was placed fourth out of 28 with a score of 8.84. At his 35-day test in Denmark, Fifty-Fifty also excelled under saddle. With an overall score of 848.0 points, he came fourth.

We are eagerly awaiting his first crop of foals.

Fifty-Fifty is from the Ib premium stallion Fürst Toto’s first crop of foals. After a remarkable stallion performance test result, he easily qualified for the German Championships for young dressage horses. He immediately made headlines with his first crop of foals. His son For The Best was the top price of the 6th PS Online Foal Auction. In 2021, Fürst Toto became a stallion sire for the first time.

His dam Pr.St. Royal Princess was placed under the name Royal Gold as a four-year-old at the Hanoverian Championships. She is the half sister of the second Reserve Champion of the 2020 Oldenburg licensing, Bowmore (by Bordeaux) and the Grand Prix mare Sephora S (by Sir Donnerhall II)/ Patrick van der Meer/NED, who was placed in 2022 in the Tours of Waregem/BEL, Exloo/NED and Kronenberg/NED. When crossed with Vivino, Royal Princess also produced our stallion Venturini, who was licensed at the Oldenburg Stallion Days in 2022.

His grand-sire Royal Classic was placed up to Inter I level with Ann-Christin Wienkamp/GER. He produced numerous licensed stallions as well as successful sport horses. Fürst Piccolo and Wolkenstein II also appear in the pedigree. 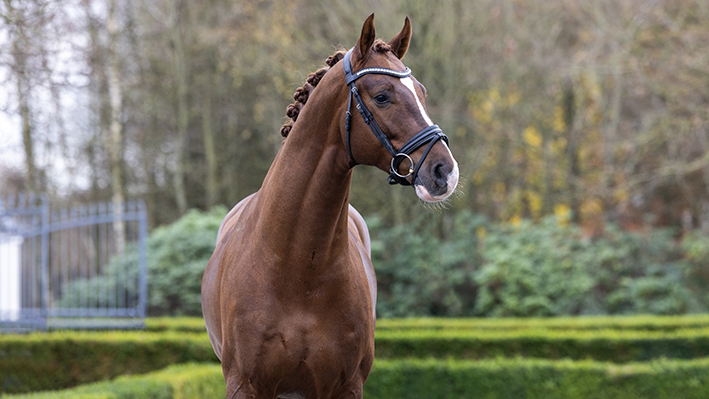 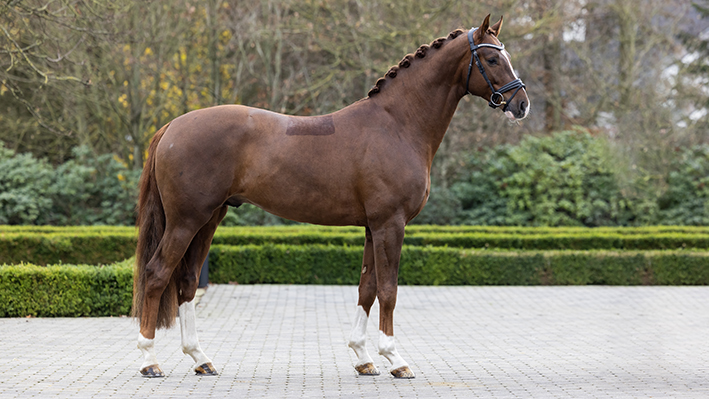