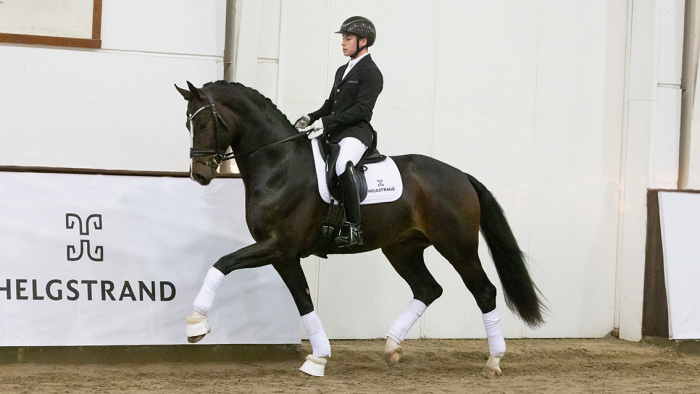 As beautiful as an English engraving. This highly elegant son of Escolar from the extremely versatile Oldenburg performance line of Adia II convinces with an outstanding basic gait arrangement. After his absolute gala performance at his 2021 licensing in Westphalia, this bay eye-catcher was the talk of the town.

His sire, Escolar, is one of the most established sires of all and caused a worldwide revival of the almost forgotten but extremely valuable E-blood of his ancestors Ehrensold and Ehrentusch. Under riding master Hubertus Schmidt, Escolar is part of the German Olympic squad and has placed several times at German Championships.As a three- and four-year-old he was Bundeschampion of Riding Horses, and as an eight-year-old he placed second in the finals of the Nuremberg Burg Cup. More than 35 sons have been licensed, including the premium stallion and dressage horse world championship silver winner Escamillo. Of his successful offspring, the Bundeschampion and dressage horse World Championship bronze medalist Eternity stands out.

The dam's sire, Dimaggio, placed fourth in the 1999 Bundeschampionat for young riding horses and became World Champion of five-year-old dressage horses in Arnheim/NED in 2000.He then went on to compete at Intermediate I. His most successful offspring include Duke of Britain/Frederic Wandres, Discovery OLD/Heiner Schiergen and the Team Vice World Champion Half Moon Delphi/Michael George Eilberg/GBR.

Wolkentanz II and Corde follow in third and fourth place in the pedigree.

Dam is full sister to the licensed Dynasty VDL 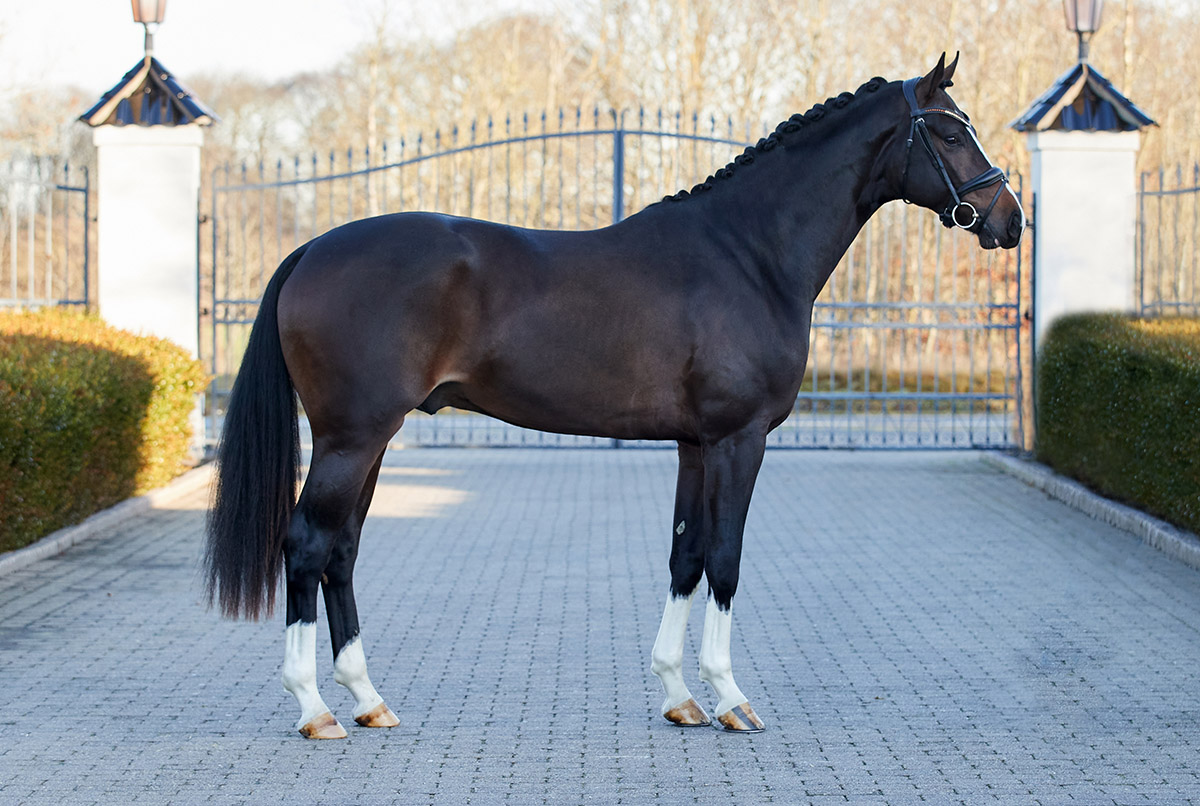 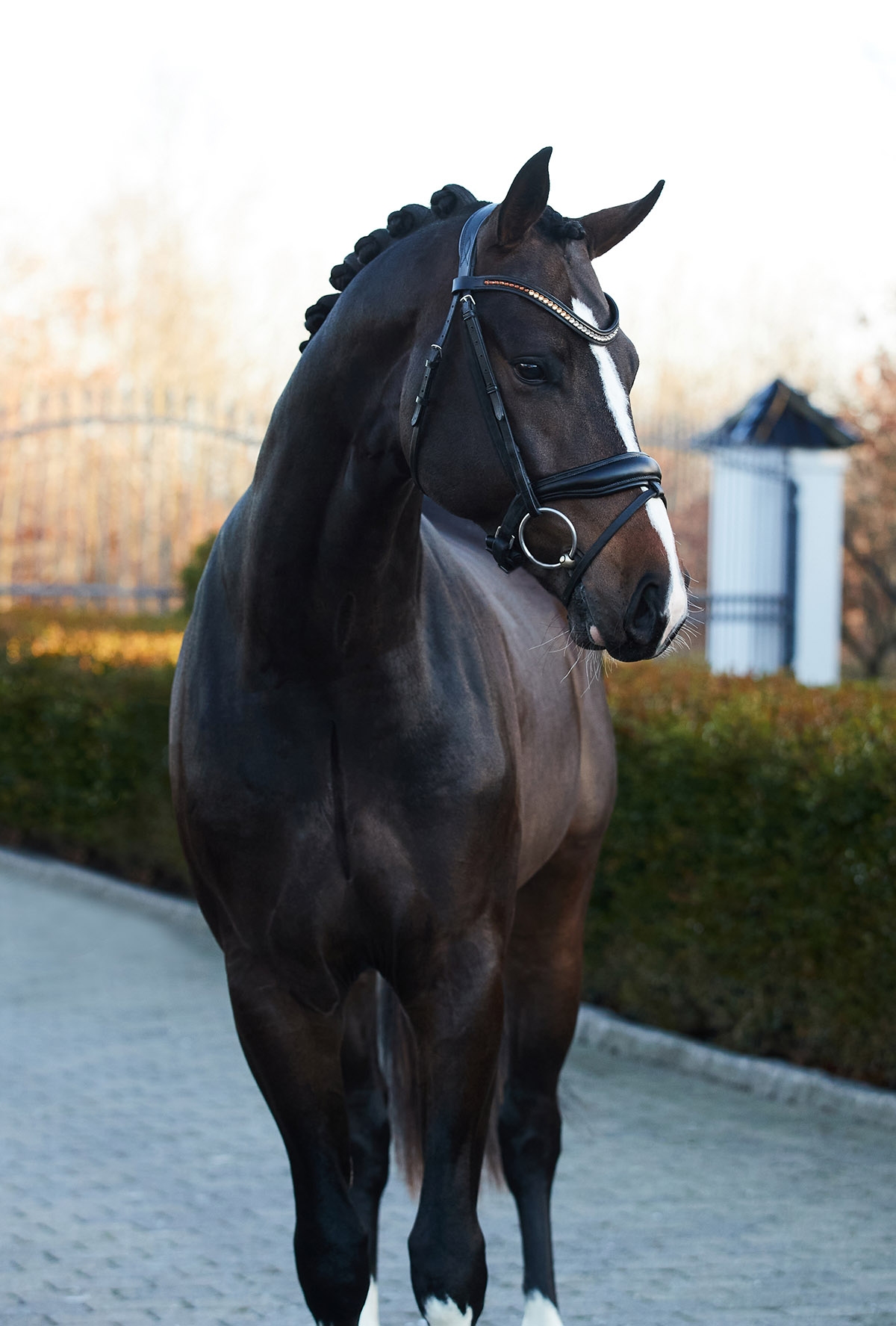