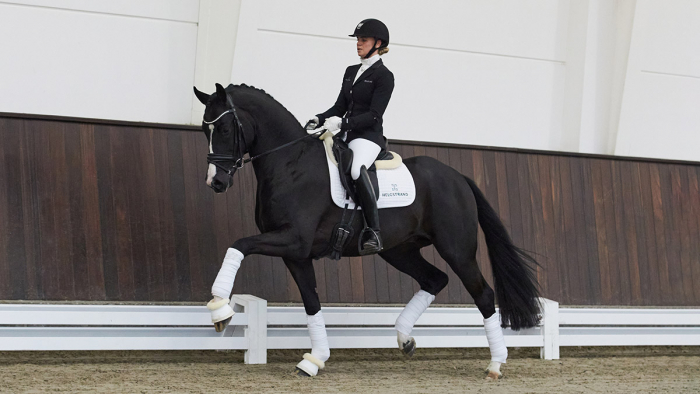 Powerful and dynamic right from the beginning with optimal shoulder freedom. Don Sarkozy already attracted admiring looks at his licensing in Vechta in 2021. A lot of presence, almost perfect foundations and three outstanding paces: Don Sarkozy has it all.

The genetics of this radiant stallion are no less remarkable, where the line breeding to the dressage hero Donnerhall and the valuable show jumping bloodlines with the exceptional sires Landgraf, Calypso I and Pilatus immediately catch the eye.

His sire Don Allegro, who passed away far too early and goes back to the famous Pik Bube line on his dam's side, won numerous young dressage horse competitions and qualified for the German Championships as a five-year-old.

His dam's sire Sarkozy, a son of Sandro Hit, took part in the finals of the World Championships for young dressage horses and the German Championships with Eva Möller. Further trained by the Olympic Champion Heike Kemmer, he was victorious in Small Tour competitions. 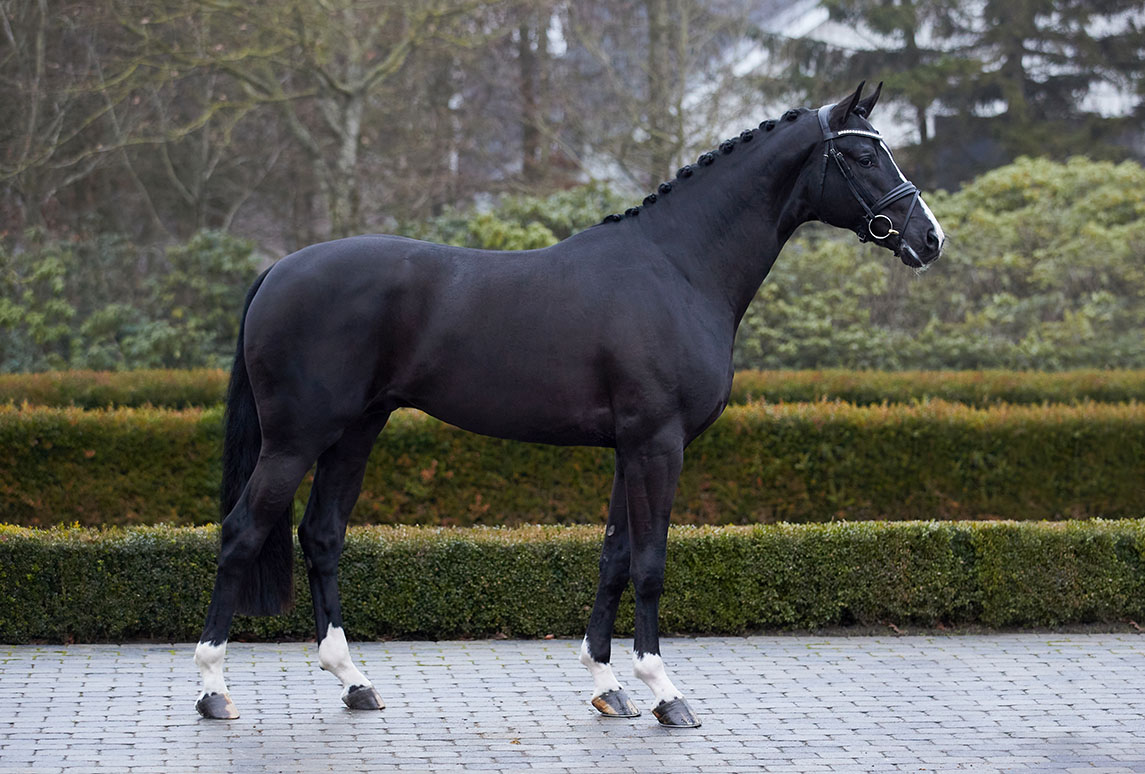 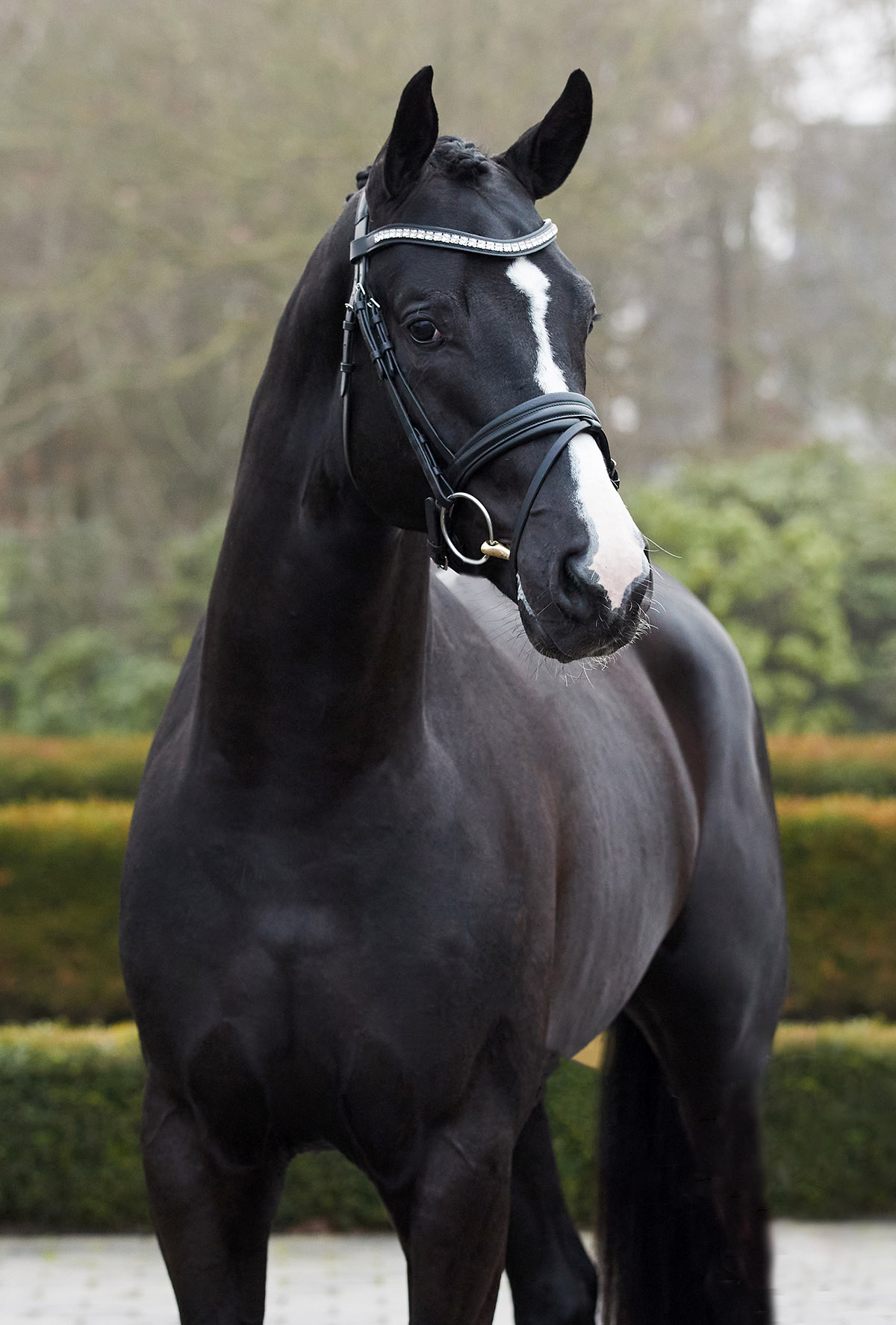