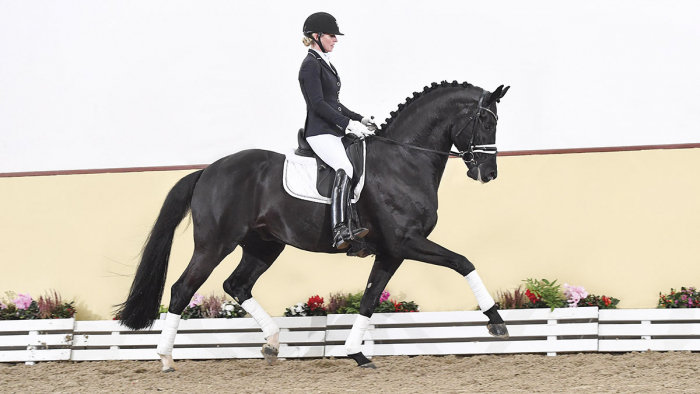 Donier proves to be a high-quality sire. He has produced youngsters with beautiful conformations and huge paces.

He completed his stallion performance test in Schlieckau in the top group, with the expected high scores for basic paces, willingness to perform and overall impression (9.0 each). His sire De Niro, successful at Grand Prix level at the age of eight and winner of the Dressage Derby in Hamburg with riding master Dolf-Dietram Keller, led the WBFSH ranking list of the best dressage sires worldwide for six years. There are no championships in which his offspring, including Desperados FRH/Kristina Bröring-Sprehe/GER, Dablino/Anabel Balkenhol/GER, D'Agostino FRH/Fabienne Müller-Lütkemeier/GER, Delgado/Beatriz Ferrer-Salat/ESP, Voice/Edward Gal/NED, Deep Impact/Severo Jurado Lopez/ESP and Darco of De Niro ZS CH/Charlotte Lenherr/SUI, do not fight for medals. Over 250 advanced (S) level horses are registered in Germany alone and have won over 3.2 million Euros in prize money for their father. With over 100 licensed sons, the 2008 Hanoverian Stallion of the Year has a lasting influence on breeding.Our Ib main premium winner Fürst Toto (by Fürstenball) is also out of the dam Thery, who was herself successful in competitions for young dressage horses. Her daughter Fairytale PS (by Fürstenball) produced our Regional Championship bronze medallist Fair Deal OLD (by Franklin). Dam sire Totilas won double gold at the European Championships in Windsor/GBR in 2009 and triple gold at the World Equestrian Games in Lexington/USA in 2010.

His grand-dam Lasira produced a son by Foundation who was licensed in Mecklenburg in 2021, her daughter Disney's Dory (by Desperando) celebrated her first successes at advanced level in 2021 and her daughter Gallery (by Governor) was placed with Andrea Timpe in international dressage tests for six-year-olds and produced Sergeant PS (by Sir Donnerhall I), who was also licensed in Mecklenburg and became the top price of 114,000 Euros at the Schockemöhle PS Online Auction for young stallions. 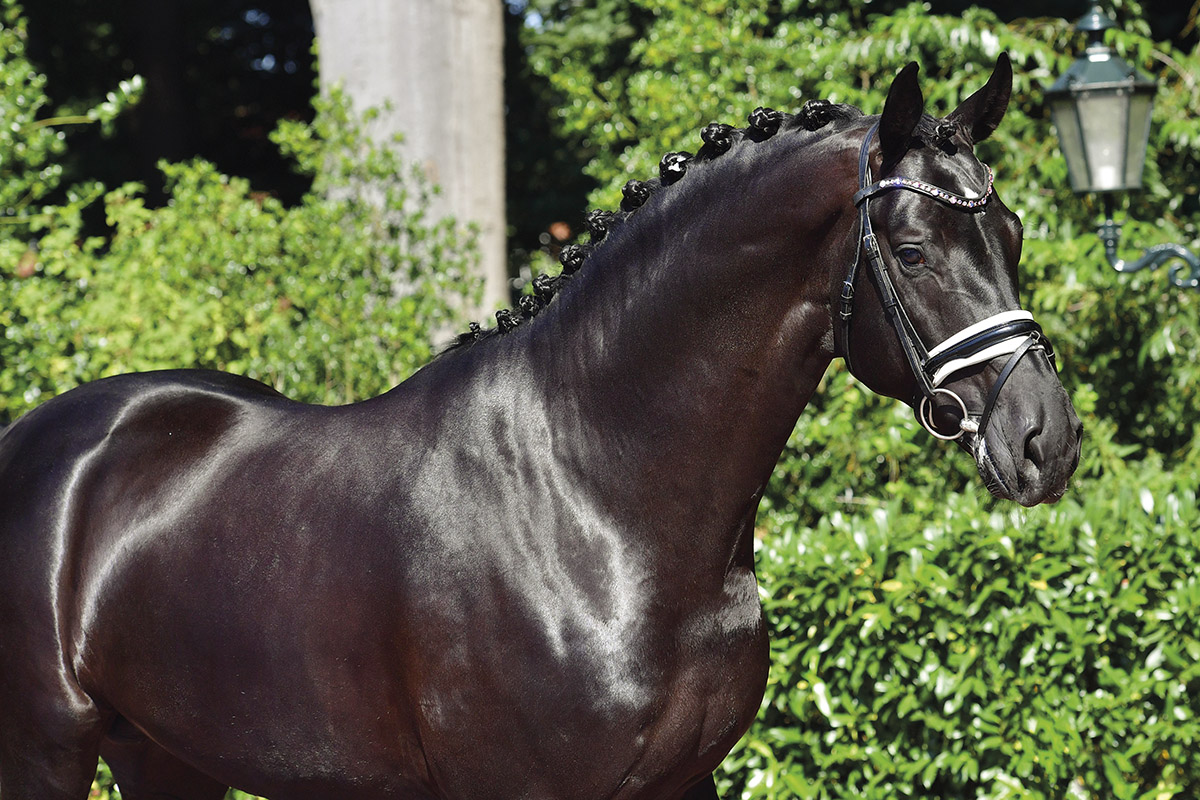