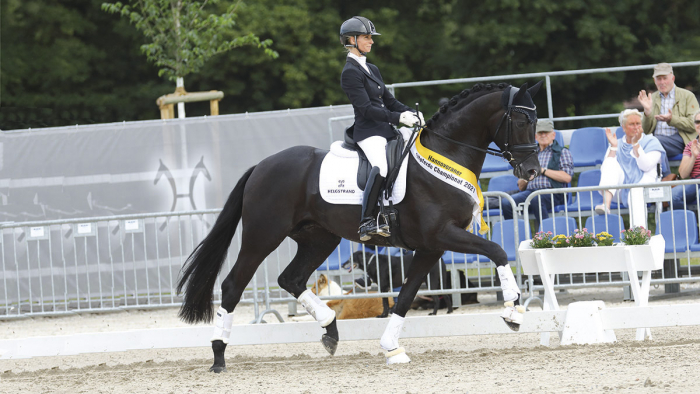 9.0 for trot! 9.5 for canter! 8.5 for walk! 9.0 for training! 9.0 for conformation! Bonjour made his debut in the sport with Eva Möller with an outstanding performance - and secured victory at the Hanoverian Championships for three-year-olds with a top score of 9.0. The beautiful, charismatic black stallion, who was named premium stallion in Hanover and Denmark, has impressively continued his career in dressage arenas.

We are now eagerly awaiting Bonjour’s first crop of foals.

His sire Bon Coeur was premium stallion of the Hanoverian licensing in 2014. He finished his 30-day test in 2015 in Schlieckau with a dressage-focused end mark of 9.1. He completed his sport tests with scores of 9.0 and 8.9. As a three-year-old, he was Vice German Champion and Vice Regional Champion, as a four-year-old, he won the Hanoverian Regional Championship and was once again Vice German Champion. He won international competitions up to Inter I representing Sweden. He has produced 30 licensed stallions, including the Oldenburg Champion Stallion Bellany, numerous premium stallions and Bohemian OLD, finalist at the World Championships for young dressage horses. His daughter Boa Vista won the German Championships for young dressage horses in Warendorf in 2021. His dam St.Pr.St. Fenja also produced his full-brother Bonfire HW, premium stallion of the Hanoverian licensing and already placed in young riding horse competitions.

His grand-sire Fürst Nymphenburg I, who stands at the Celle State Stud in Lower Saxony, was victorious in sport up to Inter II.

Bonjour is located at Helgstrand Dressage.

Because of the great demand, it is only possible to order semen from Bonjour two times per heat. 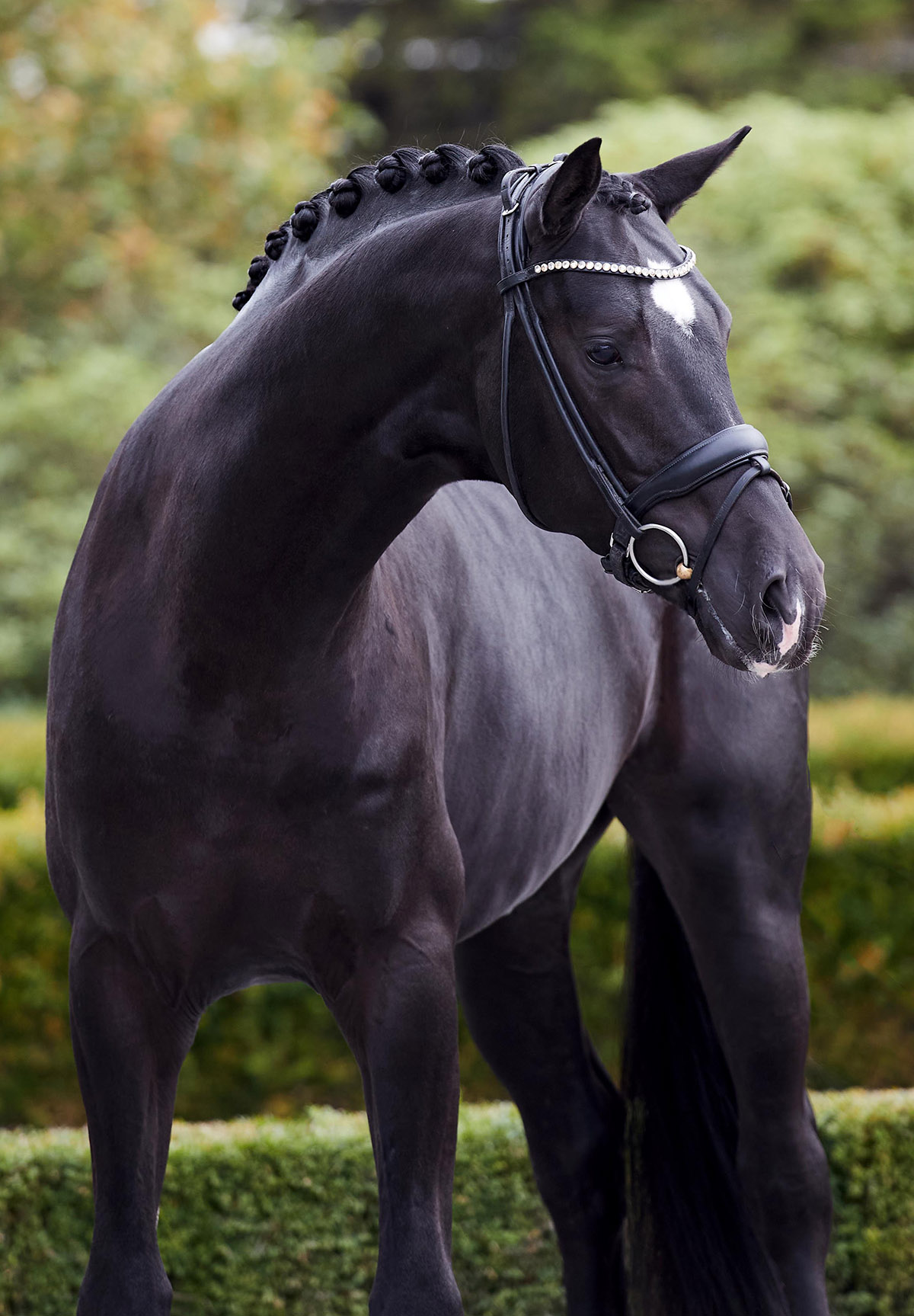