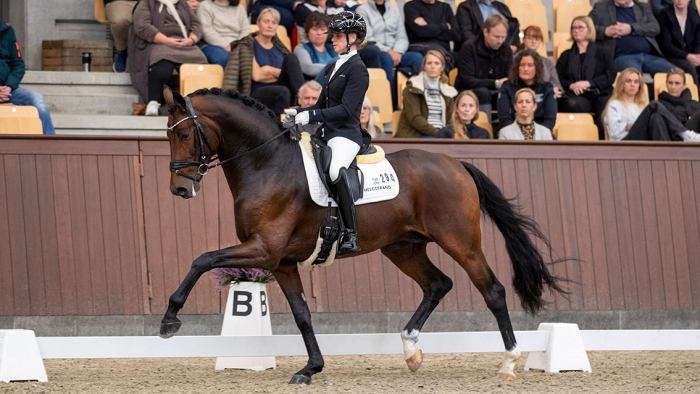 Be Sure, who was awarded prizes at the licensing in Hanover and Denmark and was even named DWB Champion Stallion in 2022, also performed brilliantly at the Danish Championships for four-year-olds. With Mette Sejbjerg Jensen/DEN, this charming student received the highest rideability score against very strong competition (9.4) and was also rewarded with top scores and silver in terms of his perspective (9.3) and basic paces (trot and canter 9.0, walk 8.7). Previously, Be Sure completed his stallion performance test as second Reserve Champion in Denmark. He was awarded the scores of 9.0 for his trot, canter, rideability and performance.

In breeding, Be Sure made an equally brilliant start with consistently highly modern foals with fantastic paces. His son Bijou was sold at the SWB Elite Foal Auction in Flyinge/SWE for 67,000 euros.

His sire Benicio, German Champion of six-year-old dressage horses in 2011, won competitions up to Grand Prix with Jessica Lynn Thomas/SWE. He has produced over 30 licensed stallions, including the Oldenburg Champion Stallion Bonds/Beatrice Hoffrogge, the Reserve Champion Be My Dancer[GF1] , as well as the premium stallions Ben Benicio, By Your Side and Best Buddy. His offspring emulate him, including Bonfire Heart GH, who was placed up to Inter II with Saskia Lieben-Seutter, Bonfire/Kira Goerens-Ripphoff, who is victorious in Inter I and the dressage horse Bella Benicia, who came seventh at the German Championships with Ines Knoll. With Baroness Bibi, Benicio produced the 2021 German and Westphalian Champion and Westphalian Champion Mare.

His dam Hann.Pr.St. Susi Sorglos was Champion Mare of the show in Großenwörden and was placed at the Herwart von der Decken show (Ib) in 2017.

His dam's sire Scuderia was Reserve Champion of the Oldenburg Spring Licensing in 2012 and competed with Selina Söder in international Young Rider dressage competitions. Four of his sons have been licensed, including Sapperlot VMT/Anja Wernitznig/GER, who was successful at advanced (S) level. With Scarlett O'Hara, he produced the Vice Westphalian Champion, who also came fifth at the German Championships.

The thoroughbred dressage line founder Lauries Crusador xx appears in the third generation of the pedigree.

His grand-dam St.Pr.St. Lady Laurie is the full sister of the licensed stallion Le Louvre. She was also successful at the Herwart von der Decken show (Ic) and was named best half-blood mare in Elmlohe in 2008 and 2009.

The stallions Fortunato H2O (by Floriscount), who is licensed in USA, Amascio (by Amateur), Donar Weiss GGF (by De Niro), numerous sport horses, including Guyana, individual silver medallist at the European Championships in 2013 in Vejer de la Frontera/POR, as well as premium mares, such as St.Pr.St. Galaxy, Champion Mare of the European Show in 1994 in Brussels/BEL, and numerous auction horses also descend from the dam line of Sabimira. 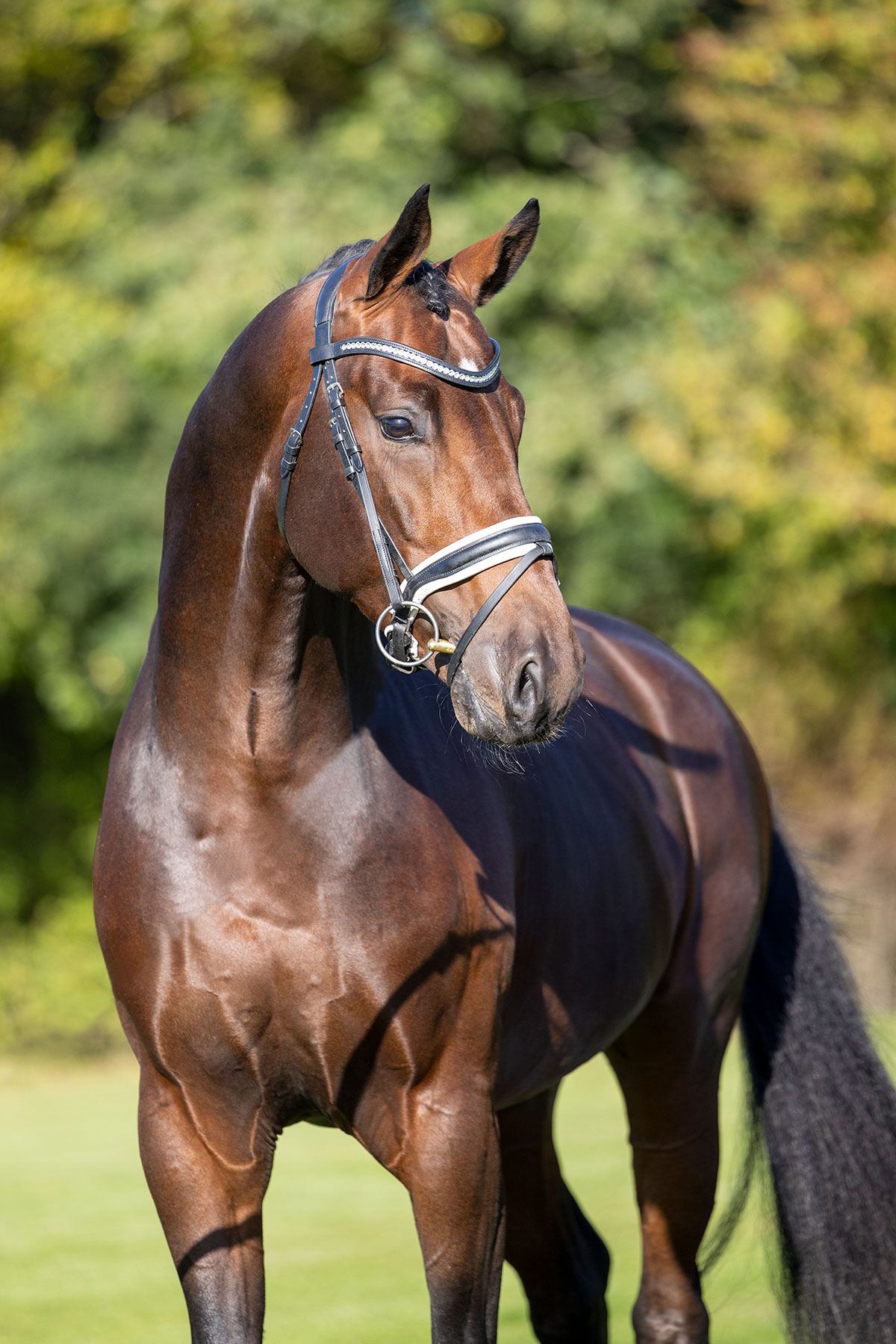 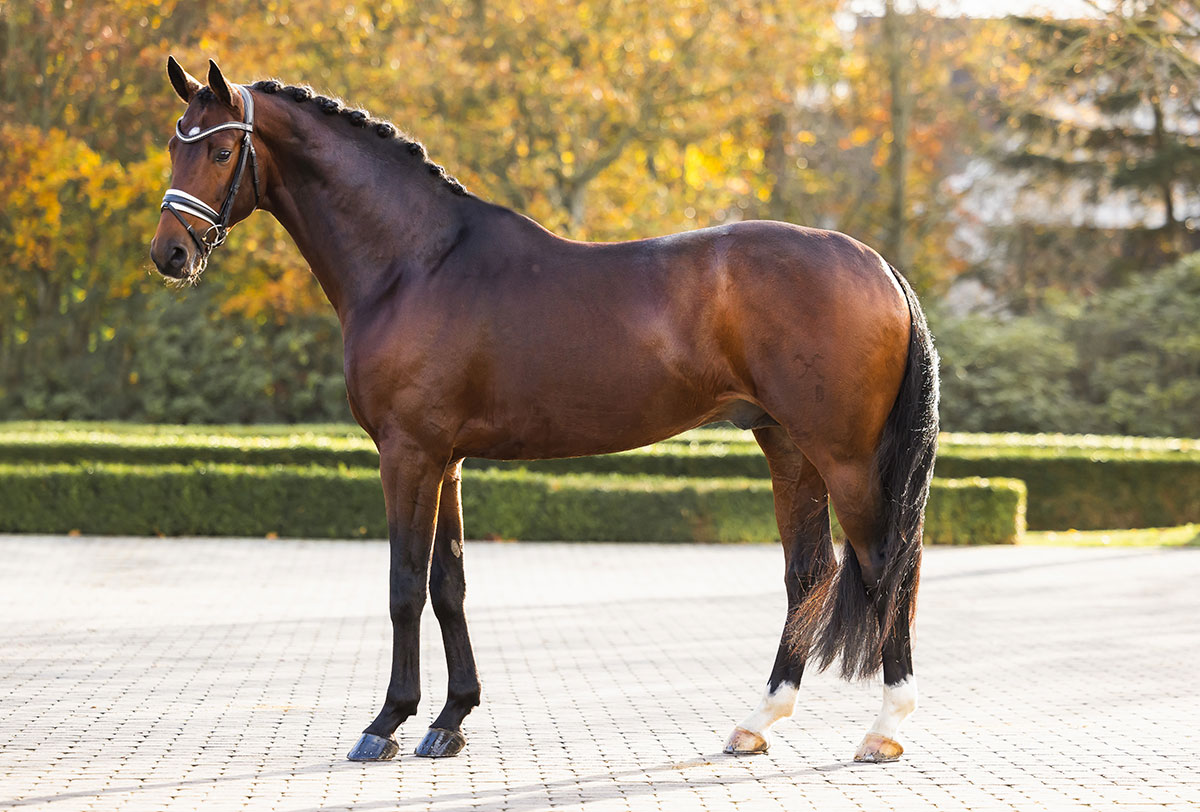