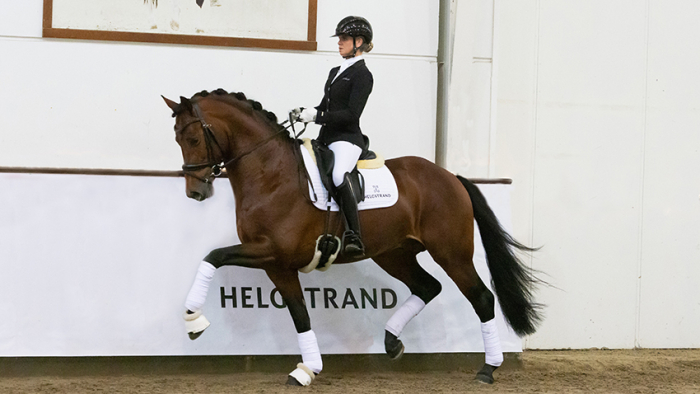 Talent for the highest level of sport has a name: About You II! Nature has set no limits for this winner. His balance, uphill tendency, power and willingness to perform are all optimal.

In 2022, About You II was the 1.35-million-euro top price at the stud auction of his breeder. In Denmark, he was convincing from start to finish at his 35-day test: with individual scores up to 9.0 and an overall score of 812.0, he took sixth place.

His sire, the Apache son AC-DC, started his career himself as the top price of his breeder's auction and has since been placed in advanced (S) level dressage competitions. Five of his sons have been licensed, including About You II’s full brother About You I, who was sold to the Netherlands in 2020 for the spectacular top price of 1.65 million euros and has celebrated numerous victories since then in competitions for young riding and dressage horses, including two gold medals at the Westphalian Championships and placings at the German Championships. In 2021, AC-DC’s son Aringer was placed at the German Championships for five-year-old dressage horses.

Evita, dam of two stallions, also produced St.Pr.St. Dante's Smaragd (by Dante Weltino OLD), who was placed at the German Mare Championships in Lienen and in the final ring of the Westphalian Elite Mare Show.
His grand-sire Estobar NRW was NRW Champion Stallion and was victorious up to Grand Prix level with Hubertus Schmidt. He produced the licensed stallions and German Champions Equitaris and Escolar. The latter was part of the German championship squad with Hubertus Schmidt/GER.

His grand-dam Priscilla was victorious in young horse classes. She produced the licensed Mein Märchenprinz (by Münchhausen), who competed in Grand Prix with Leonie Bramall/CAN, and Pour L’Amour (by Pentagon’s Peron). Her son Farinelli (by Florestan I)/Markus Erkens/GER was also successful in Grand Prix. Fürstenau (by Fürst Piccolo) took part in the Junior European Championships with Anna Comas Margarit/ESP. Her daughter Fabrice (by Fürst Piccolo) produced the licensed stallion Adrenalin (by Apache) and the advanced (S) level dressage horse Eyecatcher (by Estobar NRW).
The sires Popcorn and Argwohn I also appear in his pedigree.

From the performance line of Floriano/Steffen Peters/USA, placed second in the World Cup and WEG team bronze medallist 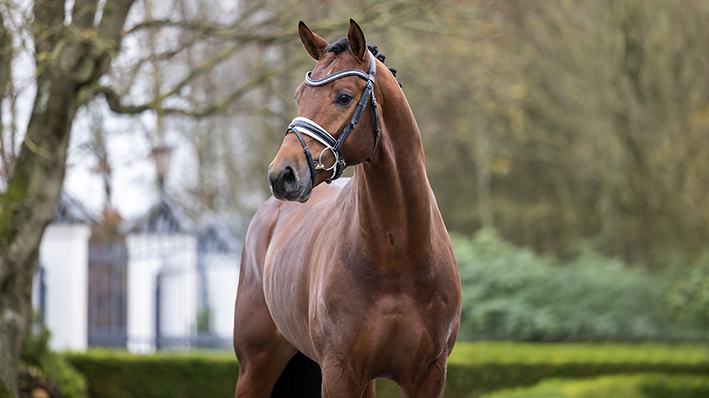 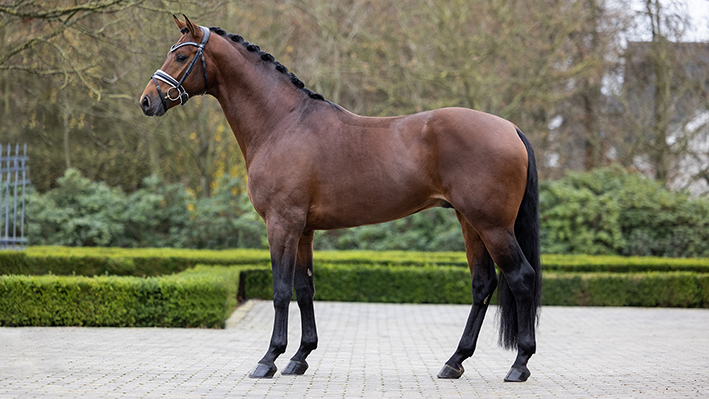