Franklin - second to none in Holland 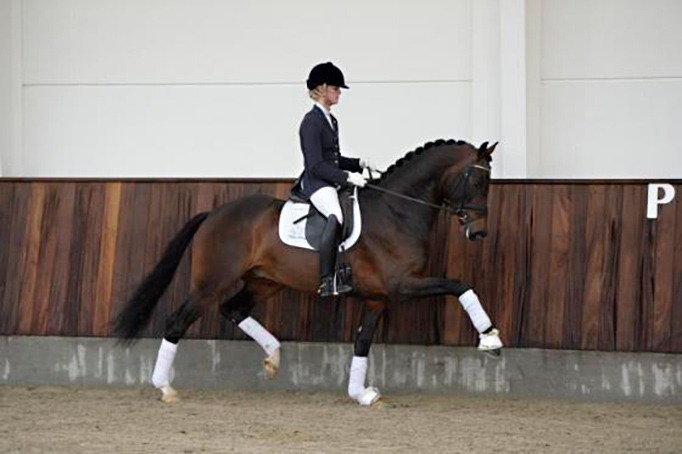 Today, Franklin and Severo were in Holland, participating in the stallion class for 5-year-olds. The equipage won the class with the impressive score 88.50%, and with a 6% lead down to number 2. The judges rewarded his fantastic trot with a 10!!

Franklin is now ready for the finals for 5-year-old stallions, taking place at the beginning of February. We look forward to the finals and are of course hoping for a good result. Severo and Franklin have improved each time at the last three stallion competitions in Holland; and Franklin has become more experienced and is showing more power when presented in the tests. 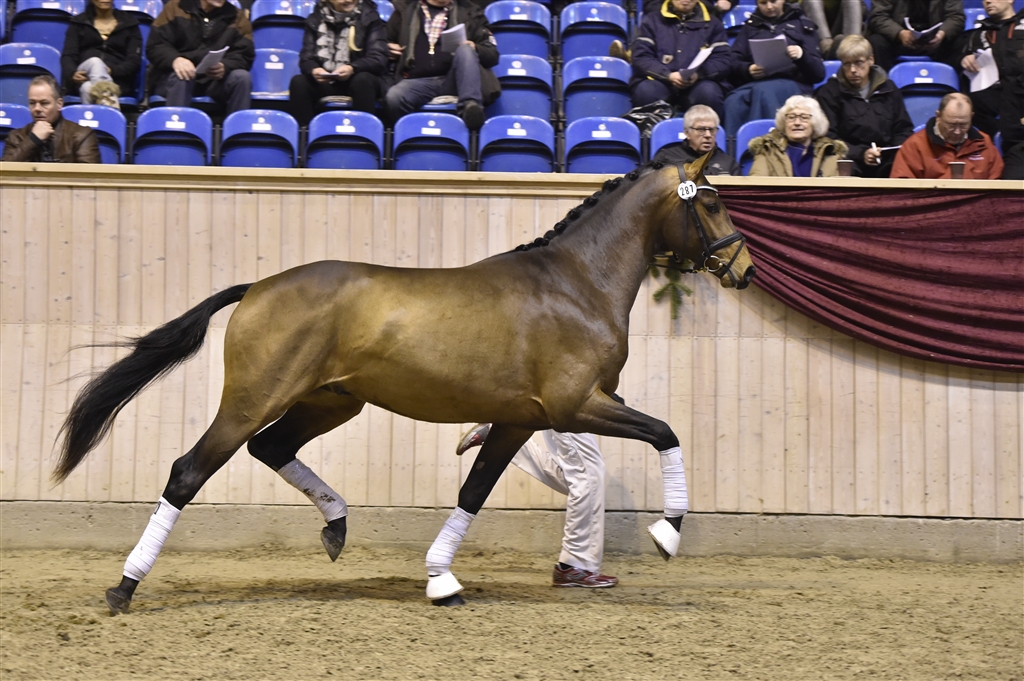 We are looking very much forward to showing Zarastro again at Danish Warmblood's stallion show in Herning; here we will also be presenting other young stallion who have already been approved in foreign societies.

Yesterday, Franklin and Severo participated in a stallion class in Roosendaal in Holland in KWPN. The equipage placed 2nd, scoring 85.00 points. The class was different from the gaits classes held in Denmark for 4-year-olds. In this class, the stallions were presented in a programme corresponding to LA level.

Franklin and Severo will start the stallion class again at KWPN's stallion licensing at the beginning of February.

On November 28 2014, the court in Aalborg announced the verdict in the case against Andreas Helgstrand. The verdict was acquittal.

Back in the spring, Andreas Helgstrand was reported to the police, accused of animal cruelty, however, the court has now acquitted him of all charges.

”I am very happy about the  ruling of the court; it is important for me personally, but also for the sport in general. It has been quite tough to have these accusations hovering, but my family and I are now focusing on the future instead," says Andreas Helgstrand.

The verdict reads acquittal of Andreas Helgstrand based on the fact that the prosecutor did not prove that Akeem suffered any harm on April 12 2014 according to the animal protection laws § 1, 2 and 17. The verdict was based on anonymous photos and the results of the veterinarian examination of Akeem Foldager carried out on April 19 2014 as required by Dansk Ride Forbund (the Danish Equestrian Federation).

The great results continued throughout the weekend at the national show in Aalborg Sportsrideklub. Saturday morning, Ditte and Unicorns Delicious started the MB2, continuing the nice trend from Friday, which resulted in a clear victory and an impressive score of 73.42%.

Sunday morning, Maik and Vladimir participated in MA2; they made yet another great performance and finished 1st with 73.24%.

Good start at show in Aalborg

This weekend, a national show takes place in Aalborg Rideklub. Our riders had a good start; two victories on the first day. Ditte and Unicorns Delicious were responsible for the first victory in MB1 with 71.93%. Maik and Møllegårdens Pas Partout made a superb performance in MA1, winning the class with 73.00%.

Both equipages and a few other riders from Helgstrand will start again Saturday and Sunday.

At the stallion auction at the German Olderburger licensing, we acquired an extremely interesting young stallion. It is catalogue 81, a 3-year-old stallion by Vitalis - Diamond Hit and Landadel. In addtion to a very exciting pedigree, he has exceptional gaits.

See video from the presentation at the licensing 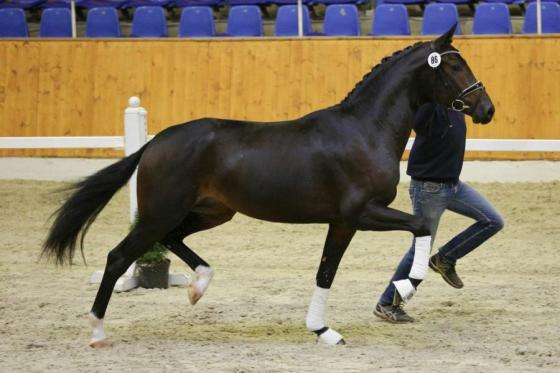 During the licensing the last couple of days in the German Oldenburger Verband it became quite obvious, which stallion the audience favoured. Our stallion, catalogue 64 by Foundation and with Fürst Heinrich as dam sire clearly won the the hearts of the audience; and he received tremendous applaus during the presentation. He was licensed, however, due to the fact that he is registered in the Hanoveranian Verband he did not finish in the top.

See the video here, from the licensing

We are looking forward to training this great stallion.

During the weekend, a national show took place at Blue Hors; and Hjallerup Rideklub hosted a regional show. Riders from Helgstrand dressage participated in both shows.

Yesterday, Severo and Donna Silver started the Grand Prix, placing 5th with a score of 71.80%. This was their first show together, and today in the Grand Prix Kür, they appeared even more harmonious, when they delivered an amazing Kür, which was rewarded with 76.37%, resulting in victory in the class.

Maik and Douglas Hilltop were also among the equipages starting the Grand Prix and Grand Prix Kür. They obtained 69.53% in the Grand Prix and 71.16% in the Kür. Friday, Maik and Vladimir participated in Prix St. George, finishing 7th with a score of 68.02%. Saturday in MA1, they scored 70.69% and finished as winners of the class. Sunday morning, another Prix St. George took place, and this time they placed 5th, scoring 71.05%.

Ditte also participated at the national show during the weekend. In the MB1 last Thursday, she placed 7th with Unicorns Delicious, obtaining 67.90%. Friday, they finished 4th in MB2 with the score 71.59%. Saturday, they moved one step up, placing third in MB3 with 70.81%.

Primadonna and Marianne - winners of MB0

Last Friday, Marianne and Emma participated in the regional show in Hjallerup. They did really well, taking the first three places in the class. Marianne and Primadonna won the class with the score 72.05; and Marianne and Schakiro Pilekær placed second with 71.15%. Emma and Delicious finished right after as third, scoring 70.25%.

Finally, Emma and Delicious placed 5th in MB1 on Saturday with a score of 67.02%.