This weekend, our master rider student Charlotte Kjær Jacobsen won the Danish Championship for master rider students, riding her own horse Ratina. After the first day, Charlotte was in the lead with a score of 66.98% in MB1. The second day, the riders competed in MB2, and once again, Charlotte finished as the winner of the class, scoring 68.94%. This resulted in the total victory, and the title: Winner of the Danish Championship for Master Rider Students 2013.

Daniel and Davinci outstanding in U-25 Ecco Cup in Middelfart

Daniel and Davinci had their debut in Grand Prix today, and yet another fantastic ride earned them a score of 69.8%. This great score resulted in a victory in Ecco Cup U-25 as a total, counting the class from yesterday and today.

Victory to Daniel and Davinci in Intermediare II

They came, rode and prevailed in Mannheim

Another great competition weekend with impressive results. The next important show will be the Danish Championship at Broholm in June. 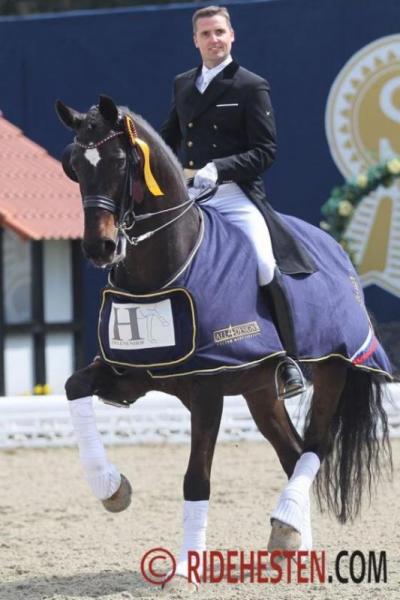