The German bred warmblood horse Lorenzo by Lord Loxley/Rubin Royal,
born 2006, has since the age of 3 been owned by the Danish family
Elkjær-Holm.

Earlier this year the horse was placed in training with Helgstrand
Dressage where it has been ridden by the reigning world champion for 5
year old dressage horses, 2014 and 2015 winner of the Danish Warmblood
championship for young horses, international GP-rider Severo Jesus
Jurado Lopez.

Over the year the horse has proved a tremendous development especially
in the most difficult tests of the dressage discipline.

It is therefore with pride and ambition that we jointly hereby
announce the sale of Lorenzo to Severo with the declared intention to
qualify and participate in the 2016 Rio Olympic Games representing
Severo’s mother country Spain.

Christmas is almost here and 2015 is coming to an end. We look back at a very successful year both in terms of competition and business.

We send the warmest Christmas greetings to all our customers, business partners, colleagues, sponsors and friends. Thank you for the past year, and we wish you all a Happy New Year.

As of January 1., master rider Kenneth Damgaard will be part of team Helgstrand. We look forward to welcoming Kenneth to our team; and at the same time, we are pleased to have yet another master rider in our team.

We are looking forward to following the development of these stallions before the event in Herning.

Mark your calendars for our Open House and Stallion Show on Saturday April 9 at 1:00 p.m.

We look forward to showing the audience our 'old' stallions, who are already at a high training level, as well as our new, exciting young stallions. 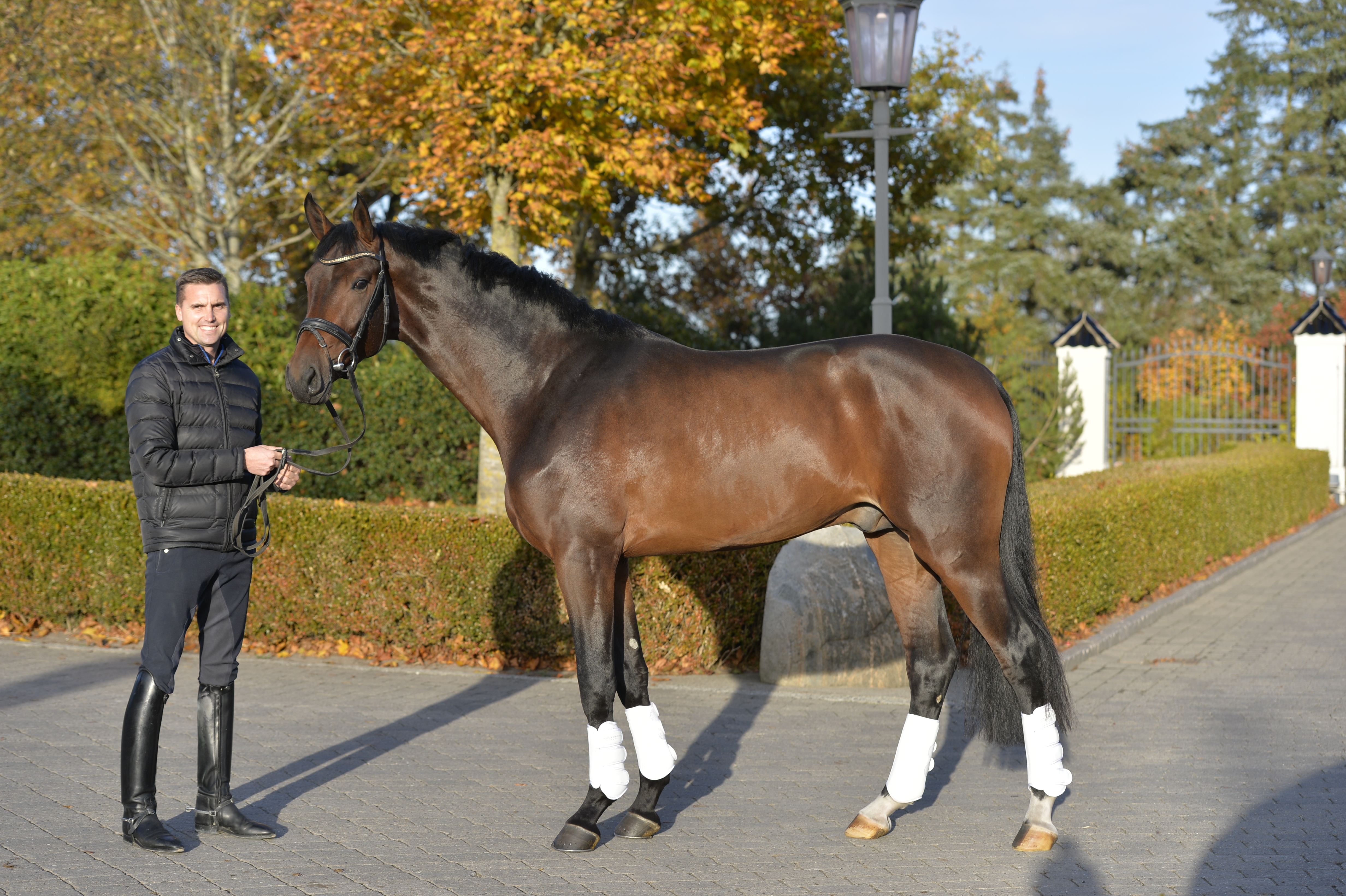 At a national show this weekend in Aalborg, riders from Helgstrand Dressage obtained several great results.

In the first class on Friday, MB1, Søren and Rolex Højris placed 2nd with 69.36%. In MA2, Maik and Calaiza T placed 5th with 69.69%. In Intermediare II, Severo and Lorenzo made a fantastic performance; and they were rewarded with 70.83%, resulting in victory in the class.

In the Grand Prix on Saturday, Severo and Lorenzo once again did a great job; the couple finished second, scoring 70.70%. In Prix St. George, Mathilda and Chicago also placed second with a score of 70.08%.

In MA1 on Sunday, Maik and Calaiza T finished first, scoring 70.27%. In Intermediare I, Maik and Møllegårdens Pas Partout obtained an impressive score of 71.97%; and they finished second in the class. The last class at this show was a MB3, Søren and Rolex Højris placed 4th in the class, scoring 68.34%.

Today, on the last day of the OLD licensing, our young stallion, catalogue no. 54 by Foundation / Del Martino, was nominated 1. reservesieger, which obviously made us very proud.

Don Deluxe was part of the group competing for the honorable title as "Hauptsieger"; and he was nominated reservesieger. Andreas presented Don Deluxe at the 'Althengste' parade, which took place this evening. 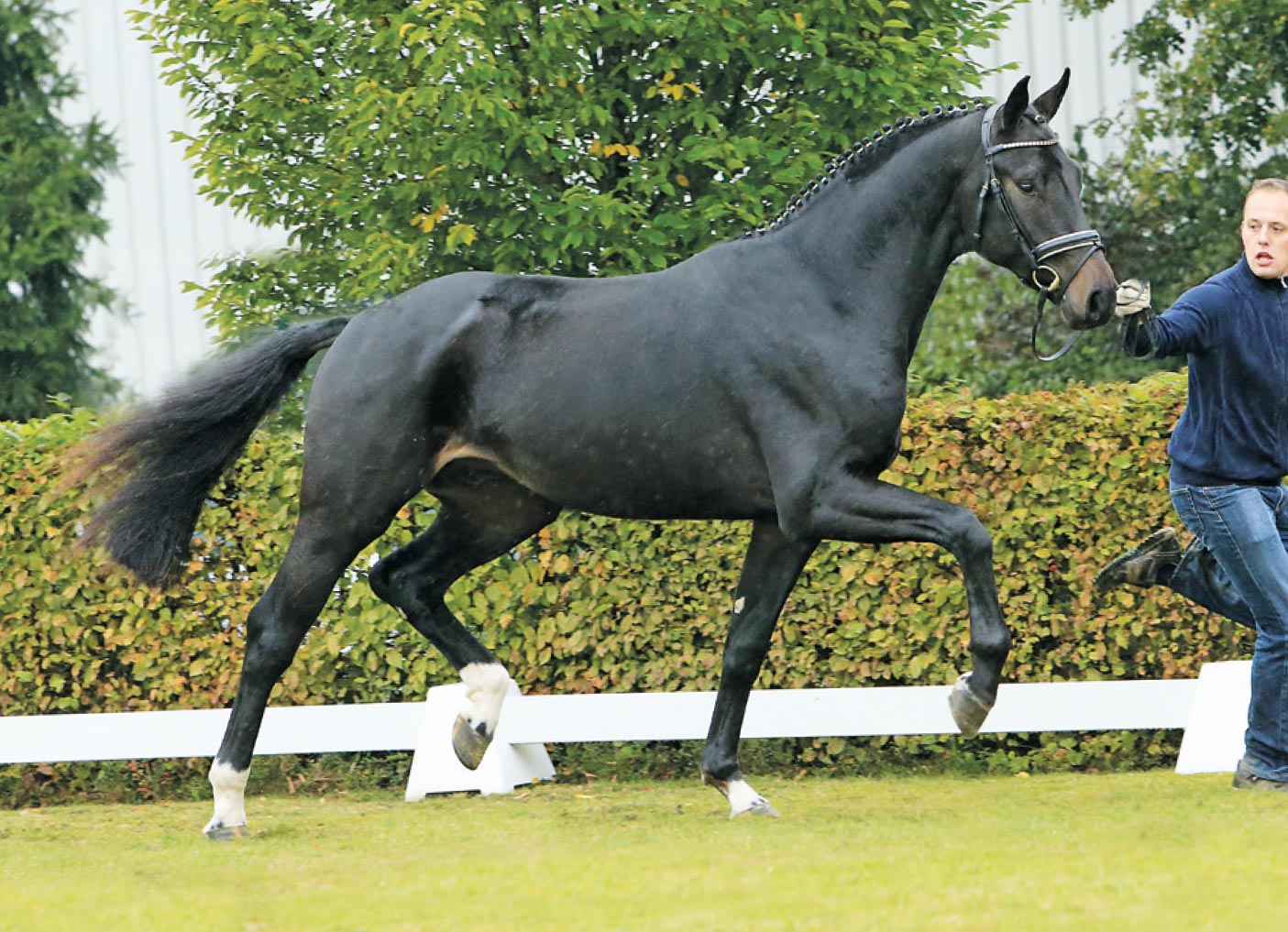 Our two young stallions, catalogue no. 42 by Damsey / Florencio I, and catalogue no. 54 by Foundation / Del Martino were licensed today at the German Oldenburg licensing in Vechta. Not only were both stallions licensed, they were also nominated Premium Stallions. We are extremely proud of both stallions, who made great performances during the licensing. It will be very exciting to follow the two young stallions tomorrow, when they are competing for the title "Champion Stallion 2015". 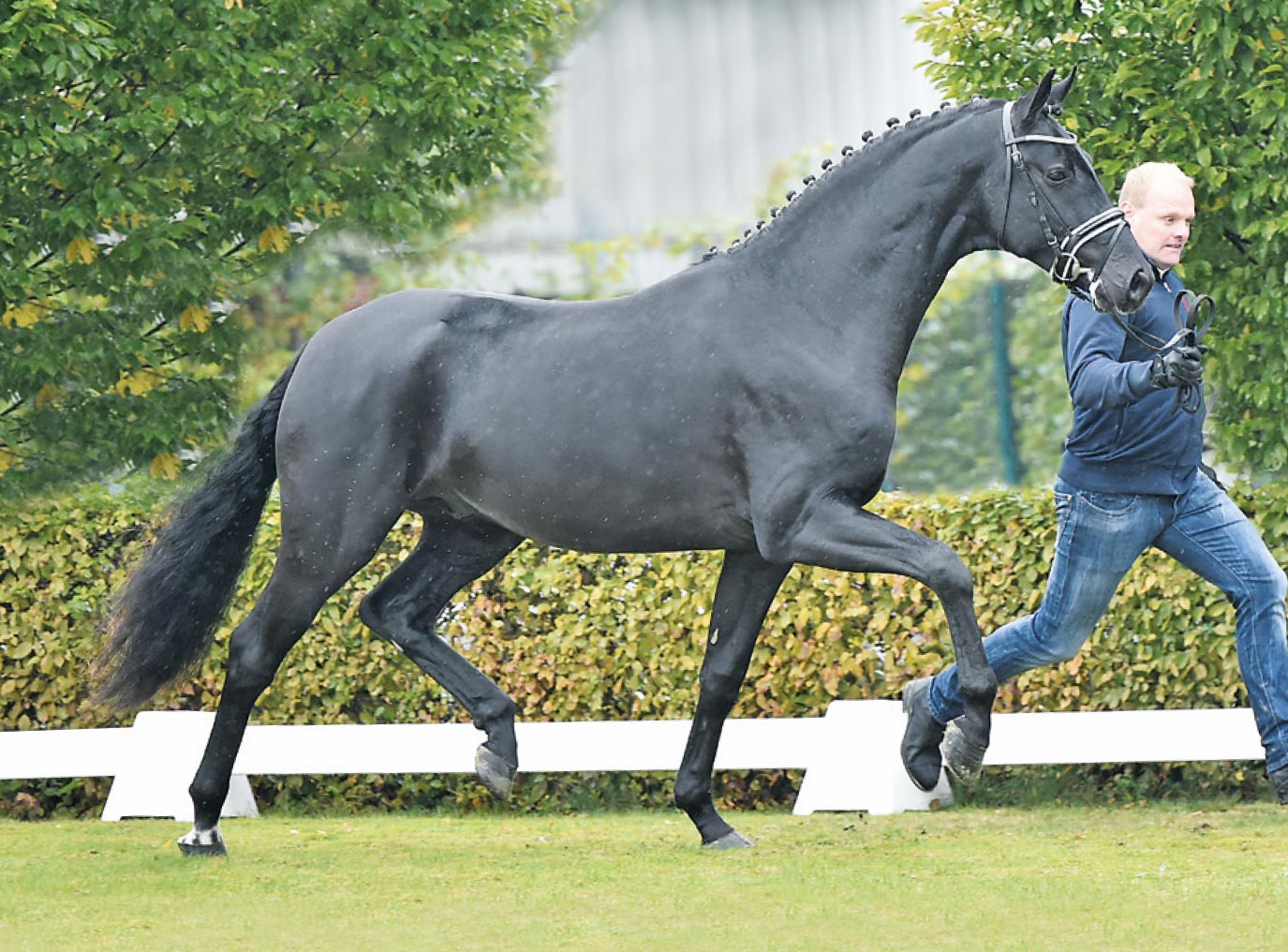 Catalogue no. 42 Damsey / Florencio I

Victory for Maik with Pas Partout and Calaiza T

During the past weekend, Maik participated at a regional show at Silkeborg Rideklub. Saturday, Maik and Pas Partout won MA1 with a score of 72.77%; and Maik also finished second in this class with Calaiza T, scoring 71.94%. Sunday in the Prix St. George, Maik and Calaiza T took first place with a score of 70.00%; and once again he was also second in the class, this time with Pas Partout, scoring 69.47%.

This weekend, Emma and Rockson took part in Danish Warmblood's performance test at Vilhelmsborg. The couple  made a superb performance and almost received top grades throughout. They won a clear victory with 960 points with 10 for trot, 9.50 for walk, canter, rideability and capacity. They are now on to the Championship for Young Horses in Herning in March 2016. In addition to Rockson, the two mares Liva Enshøj and Red Diamant have also qualified for the Championship for Young Horses.

Congratulations to the owners and breeders of these three lovely horses; we cannot wait to show these horses again in Herning.