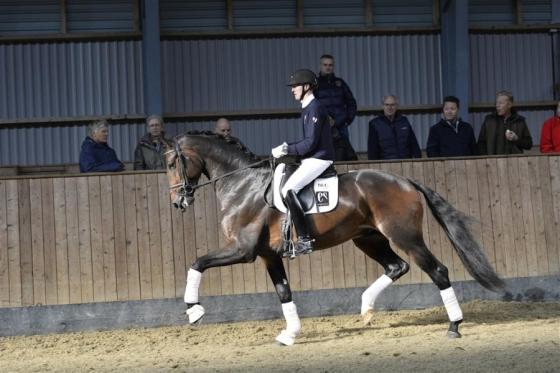 Team Helgstrand in top at the qualifier

This weekend, at the qualification round for the DRF championship for young horses, Helgstrand Dressage was represented in the class for 4- and 5-year-old horses. Saturday in the class for 5-year-old horses, Daniel and Didando obtained 8.48 points and finished second in this huge class; Daniel actually had the same score as the winner of the class. Daniel also placed fifth with Zidane, scoring 8.26 points. Both horses are on to the finals in Odense.

In the class for 4-year-old horses, Sezuan once again met the high expectations and won the class with an impressive score of 9.66 points, scoring e.g. 10 for canter and capacity. Fürstenstein, which was sold to Anna Kasprzak in August, placed second with a score of 9.52 points. Eclectisch and Thomas placed 5th with 8.80 points. Emma and Zgander placed 6th with 8.70 points, and Marianne and Fohlenprämie finished 7th with 8.68 points. Consequently, all four horses are on to the finals in Odense. In addition, Emma has qualified Eastpoint and Zardetto for the finals with scores of 8.46 and 8.42 points, respectively.

Goodbye to Anna and welcome to Severo

After almost 5 years' employment at Helgstrand Dressage, Anna has chosen new challenges as a rider in Holland. We have been extremely happy to have Anna as part of our team. We look forward to continuing our great co-operation in future. Anna has played an important role in Helgstrand Dressage's success throughout the past years. Congratulations and good luck on the new job.

From October 1 2013, Severo Jurado Lopez will be employed as a rider on our team. Severo has previously worked as 1. rider at Van Olst Horses in Holland. Severo is originally from Spain and is 25 years old. He has experience with presentation of young horses, and he has competed in Grand Prix at international level. Recently, Severo won the class for 4-year-old horses in PAVO Cup in Holland, and he started Grand Prix at the huge international show in Aachen this sommer. We look forward to welcoming Severo on our team.

Congratulation to breeders and owners on these impressive medals.

In addition to the Elite show, a national dressage show also took place during the weekend. In the Prix St. George on Saturday, Anna and N.O.H's Daijoubo placed fourth, scoring 69.38%, Jens and Uno placed right after Anna as fifth with a score of 67.76%. In the Prix St. George on Sunday, Jens and Uno placed sixth, scoring 67.93%. 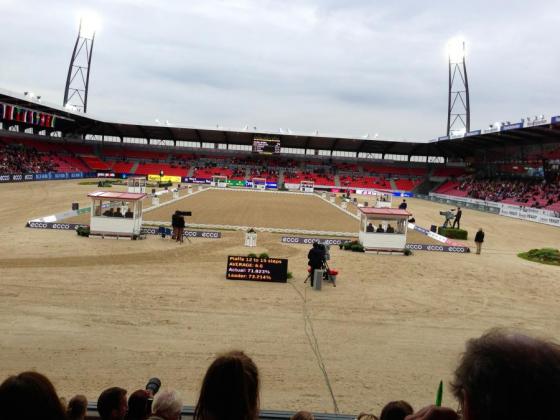