Today, the 6-year-old stallion Sir Donnerhall II and Thomas started the DSA qualifications for 6-year-old horses on Djursland. The total score of 9.10 points resulted in a clear victory. They obtained the following scores: trot: 9.5, walk: 8.8, canter: 9.5, rideability: 8.5 and capacity 9.2.

Helgstrand Dressage has bought 50% of the young stallion Floricello. Floricello is 4 years old and by Florencio and has Dormello as dam sire. At the German Oldenburger approval in 2010, he was approved and obtained the title Reservesieger. Swedish Inger Marie Hemmingsen owns the other part of Floricello. Right now, Floricello is busy due to the breeding season in Sweden, but we are looking very much forward to having this stallion in our stable. In August, we expect Floricello to start in the championship for 4-year-olds. We will update our webpage with video of  Floricello and Andreas as soon as possible. 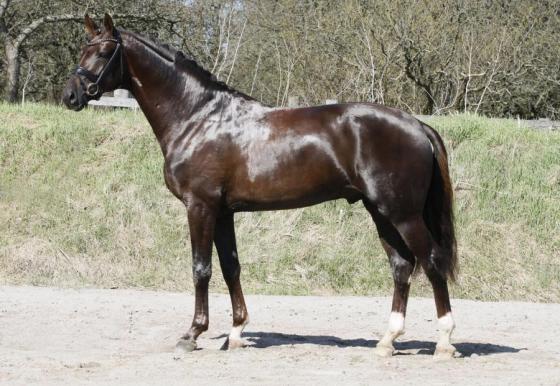 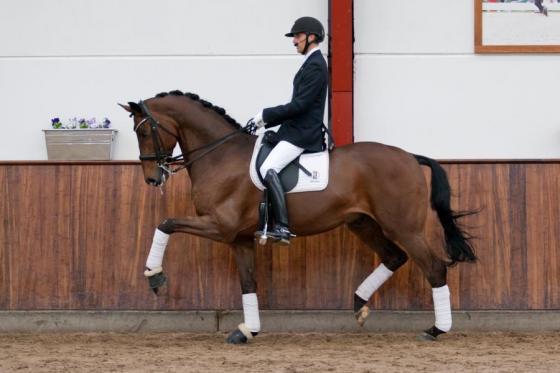 This year's stallion show at Møgelmosegaard was a huge success. Approx. 1,500 people filled the indoor riding hall and contributed to a really great and warm atmosphere. All the stallions, including the four 3-years-old stallions, entered the packed riding hall with a cool overview, and they all made an optimum performance.

We are extremely grateful for the fantastic support we experienced last Saturday, with visitors from the entire Jutland, Funen and Zealand. In addition, it was a real pleasure to welcome so many foreign visitors from e.g. Sweden, Holland and Germany.

From Monday, videos of all the stallions from this year's stallion show will be available here on our webpage.

Click on the stallion's name below to watch a video from the show.

Video of the 3-year-old stallion Fürstenstein, Champion Stallion at the saddle licensing in the German Oldenburger Verband.

Today, Eclectisch was approved at Danish Warmblood's post-licensing. He showed off both with and without longe. Eclectisch will be shown under rider at our stallion show on Saturday, April 14, and on Monday, April 16, he will be enrolled for the 10-day-test.

Video of the 3-year-old stallion Eclectisch, Champon Stallion in the Dutch AES. Tomorrow, April 12, he will be presented at Danish Warmblood's post-licensing at Vilhelmsborg.

Stallion show and clinic at Møgelmosegaard

We are very pleased to welcome you to an exciting stallion show at Helgstrand Dressage.

This year, we have an extremely interesting stallion collection, counting stallions of very high quality. Among others, the 4-year-old Champion Stallion from Danish Warmblood Zonik, the 3-year-old Champion Stallion from the German Oldenburg Verband, Fürstenstein, and the 3-year-old Eclectrisch, who has just been approved as Champion Stallion in Holland, and naturally Sezuan, the top-notch stallion, everyone in Europe talks about. All stallions will be shown under saddle. During the presentation of each stallion, the audience is welcome to ask questions about the stallions. In addition to the stallion show, Andreas will have a clinic with one of his top horses.

We look forward to welcoming breeders, riders and everyone with an interest in top horses to Møgelmosegaard. 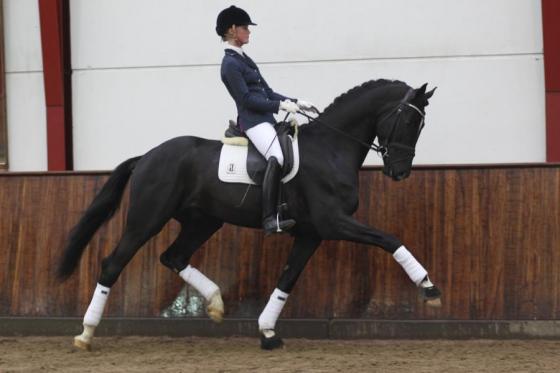