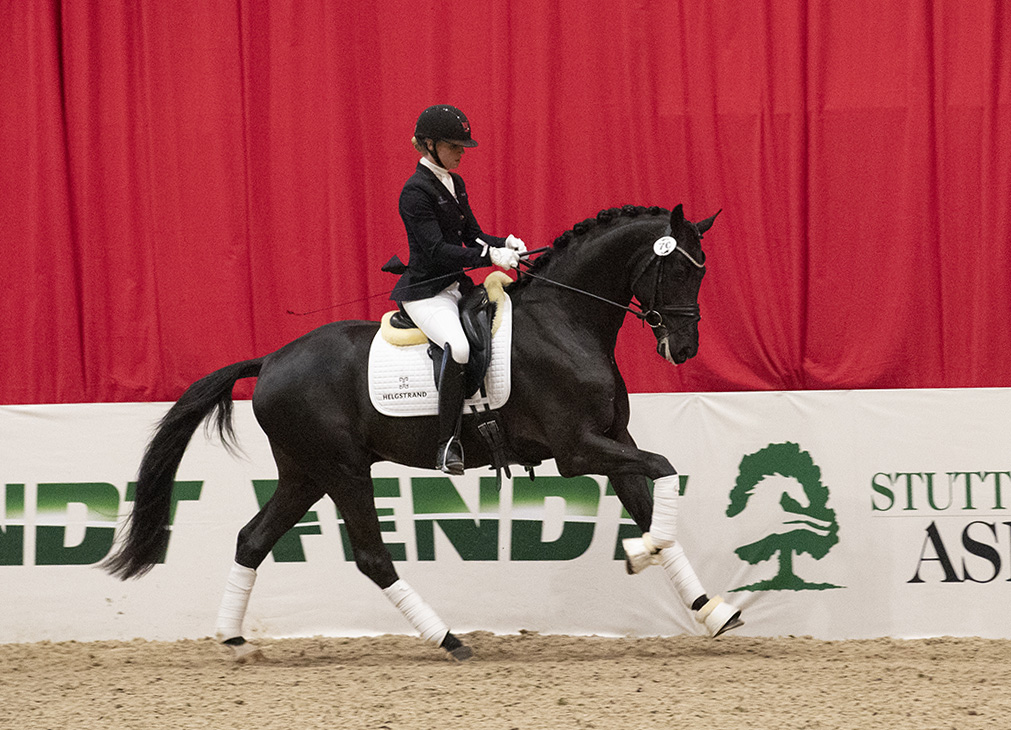 Pictured: Åtoften's Springtime from the inspection for the 14-day test followed by the Danish Stallion Licensing in March this year.

Our 3-year-old stallions have all passed the Danish Warmblood 35-day test. All performed well, but one stood out and received the second-highest marks, Åtoften’s Springtime by Springbank II VH/Zalando, bred by Stutteri Åtoften.

The following stallions have passed the DWB Stallion Performance Test:

Massive congratulations to breeders and co-owners.

You find the results here