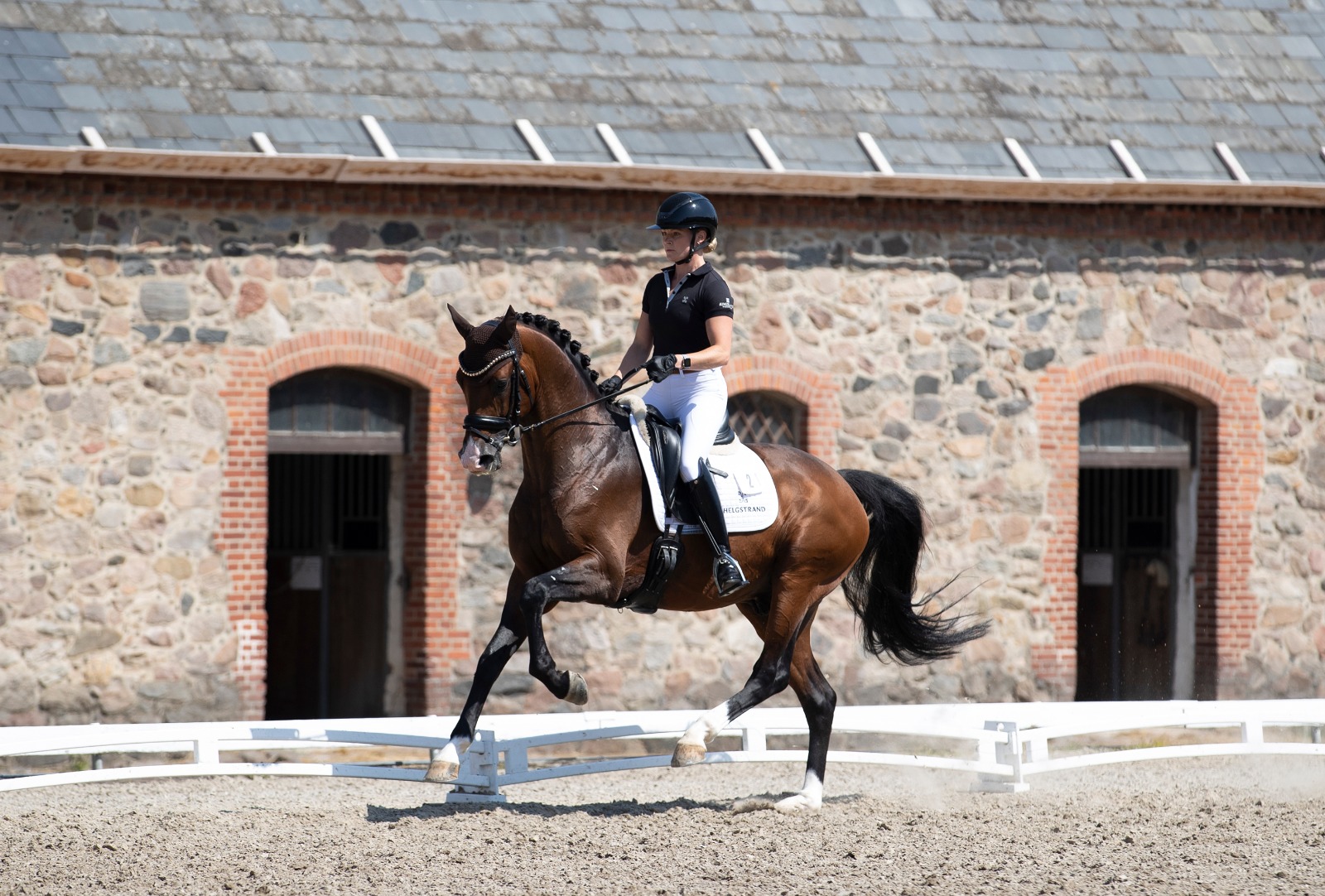 Pictured: Downtown and Jeanna Högberg - selected for the 2022 WCYH.

As the prestigious World Young Horse Championships are fast approaching, the selection trials take place to find the horses that will represent the different countries. In 30 degrees sunshine, the second and final selection was concluded in Danish Warmblood at Vilhelmsborg near Aarhus today. All of the horses from Helgstrand showed themselves very well despite the hot weather. Only four horses for each age group are allowed, and we are proud to announce, that both Slangerupgaard's Flottenheimer by Franklin/Scolari (5 years old) and last year's World Champion of the 5-year-olds, Downtown by Hesselhøj Donkey Boy/Zack got a ticket to the championship, where the world's best young horses are going to compete for the prestigious titles in the age group 5- to 7-years-olds.

Both Franklin and Hesselhøj Donkey Boy are part of Helgstrand's much-coveted stallion collection, and both have been appointed elite stallions due to their own and their offspring's achievements. And Downtown and Flottenheimer are both examples of the high quality, that the offspring represent. Moreover, Figaro-D was named reserve among the 6-year-olds. He is also by Franklin with Laurino as damsire. Figaro-D was presented by Maria Vasconcelos, while Downtown was ridden by Jeanna Högberg and Flottenheimer was presented by Eric Guardia Martinez. 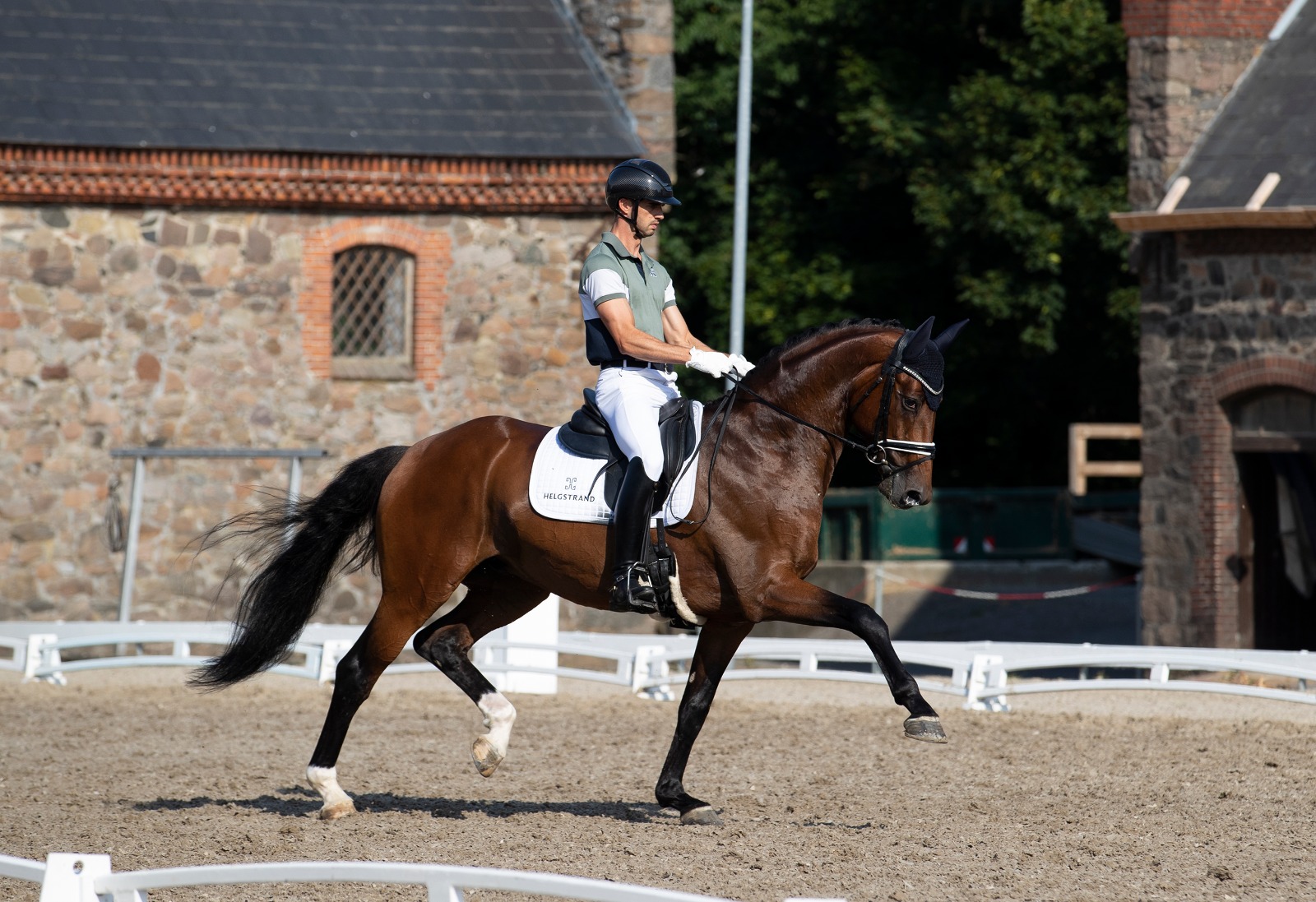 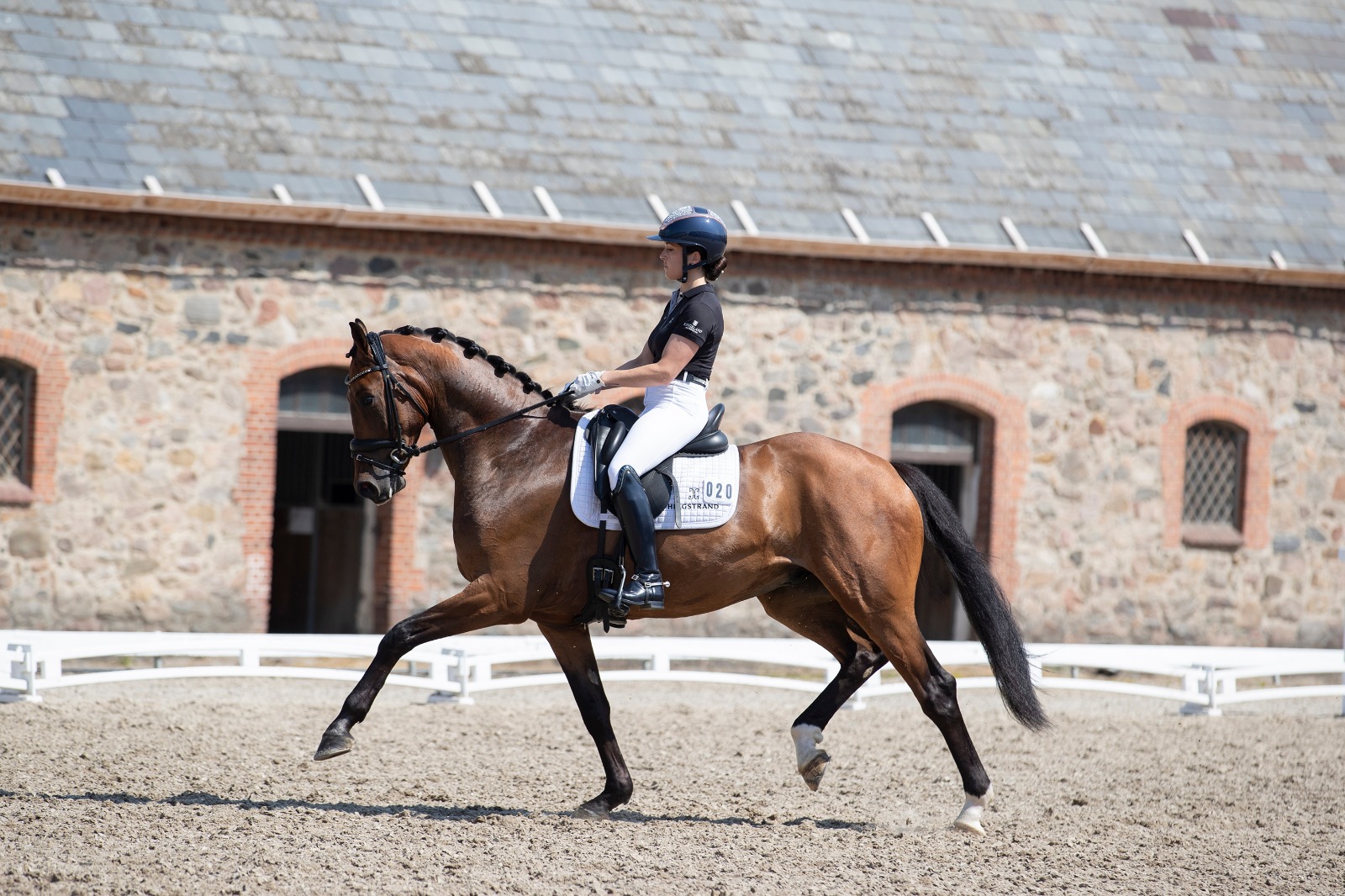 Pictured: Figaro-D and Maria Vasconcelos - reserve of the 6-year-olds.