Andreas and Jovian win 4th Grand Prix in a row 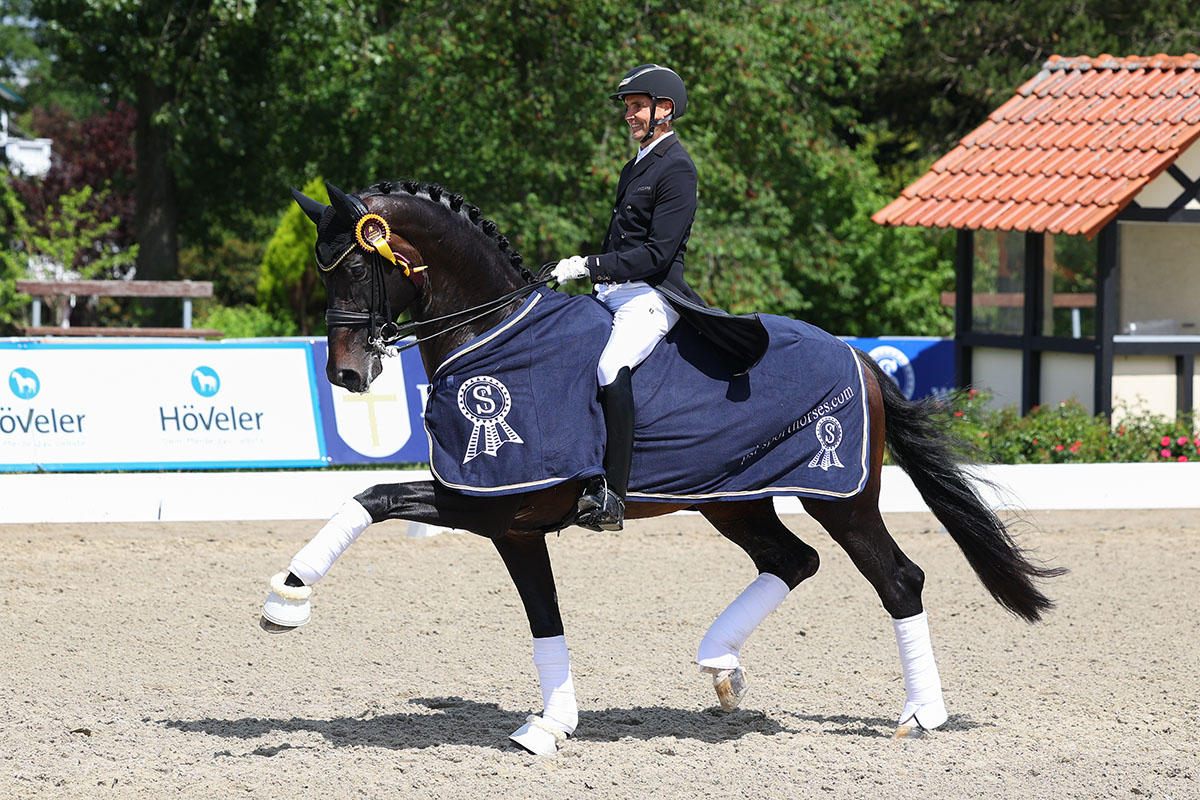 Pictured: Andreas Helgstrand and Jovian from the lap of honour after winning the CDI3* Grand Prix at the 2022 Aachen Dressage Days in Hagen, Germany.

The impressive Apache son attracts everyone's attention the moment he steps into the arena. By nature, he is equipped with three sublime gaits where he shows tremendous power, suppleness, self-carriage, and balance. Not to mention his amazing temperament and rideability.

Yesterday in the Grand Prix, they were awarded a massive 76.348% for the win, followed by another victory in the Special earning 76.319%. Because of the amazing performances in Hagen, they received an invitation to the prestigious CHIO Aachen, which takes place from June 24th to July 3rd. In the Grand Prix, Andreas also took home a second-place on Danish Warmblood gold medal mare Queenpark's Wendy (Sezuan/Soprano), finishing just after Jovian with 74,370%.

Fingers crossed for another successful show in Aachen and a ticket to the upcoming World Championships in Herning on 6-14 August.

In Hagen, we also had the pleasure of watching the former Helgstrand horse Springbank II VH by Skoven's Rafael/De Niro, who has had a great start under his new rider, German Yara Reichert. Together, they earned lots of success at the 2022 Aachen Dressage Days winning the Intermediare I with 72.7%. 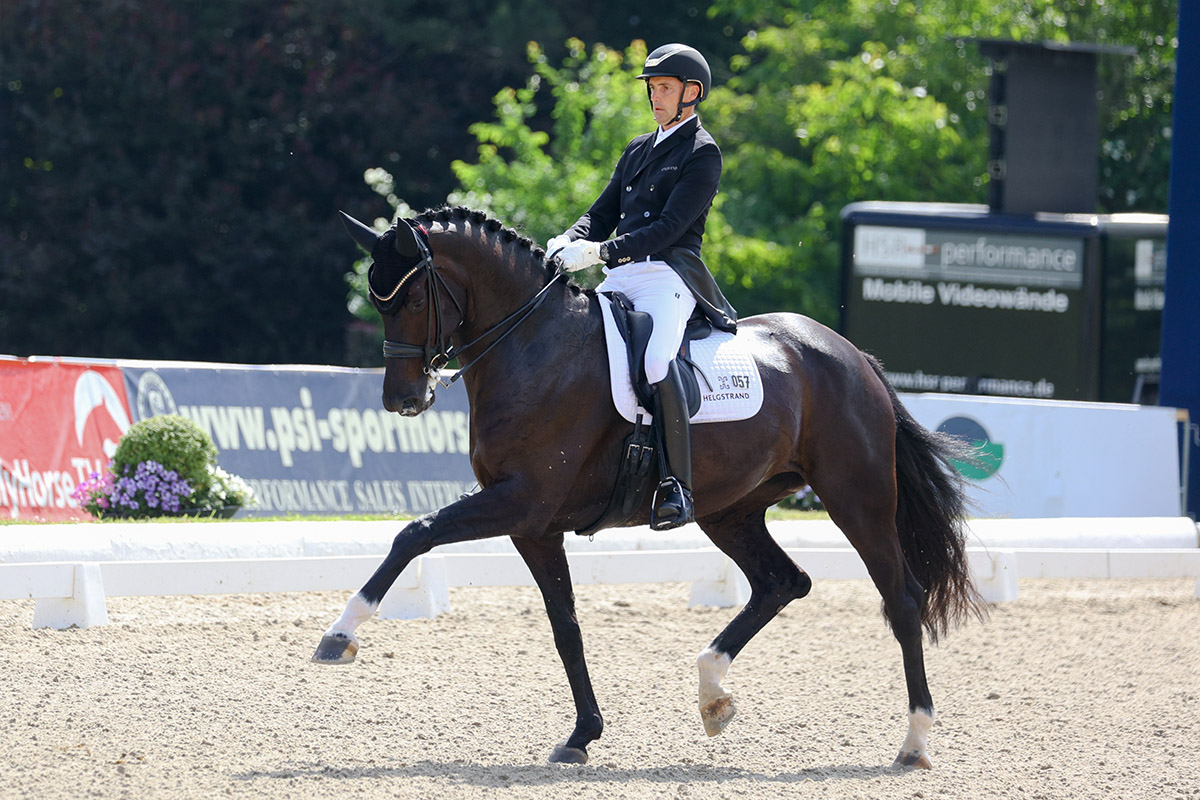 Pictured: Andreas Helgstrand and Queenpark's Wendy, who placed second after Jovian at the 2022 Aachen Dressage Days in Hagen.