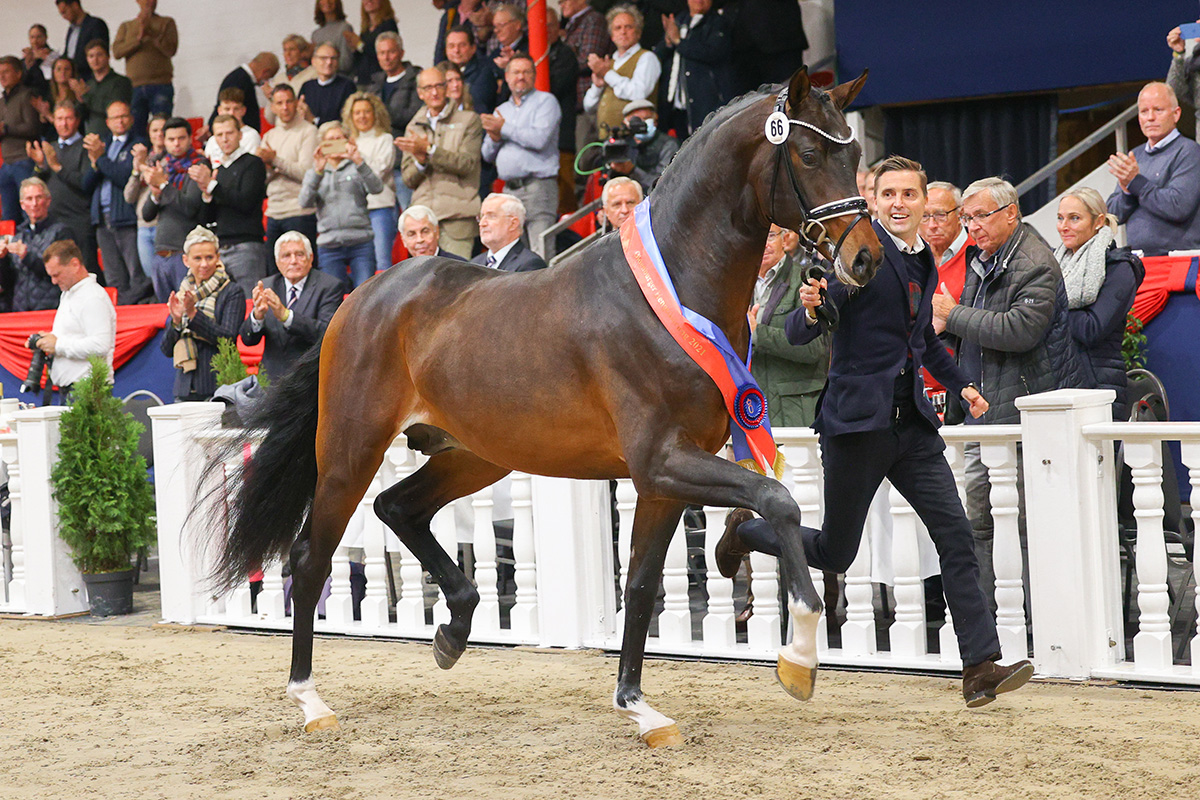 Pictured: Andreas Helgstrand and the Indian Rock/For Romance I colt in the lap of honour with standing applaus.

The impressive and topmodern young stallion with extraordinary paces, the bay colt by Indian Rock/For Romance I was a clear Champion already at the pre-selection - and he didn't disapoint at the licensing. He catched the eye from the moment he entered the arena and impressed on the triangle, in lounge and in the free presentation as well. With this, Helgstrand can now add another champion stallion to the collection of top stallions for breeders to choose from in the 2022 breeding season.

The Indian Rock/For Romance I/K2/T. colt is bred by Andrea Bechheim from Germany and co-owned by Danish Stutteri EVO and Helgstrand.

Besides adding yet another Champion to the collection, Helgstrand got a Premium Stallion - the Valverde/Floriscount/Lauries Crusador xx offspring, who was ranked 4th best stallion at the 2021 Oldenburg Stallion Licensing. The sire - former Helgstrand breeding stallion Valverde - was sold earlier this year to German Yara Reichert along with Springbank II VH. In addition, Helgstrand also presented the well-moving Don Allegro/Sarkozy colt, which received approval. 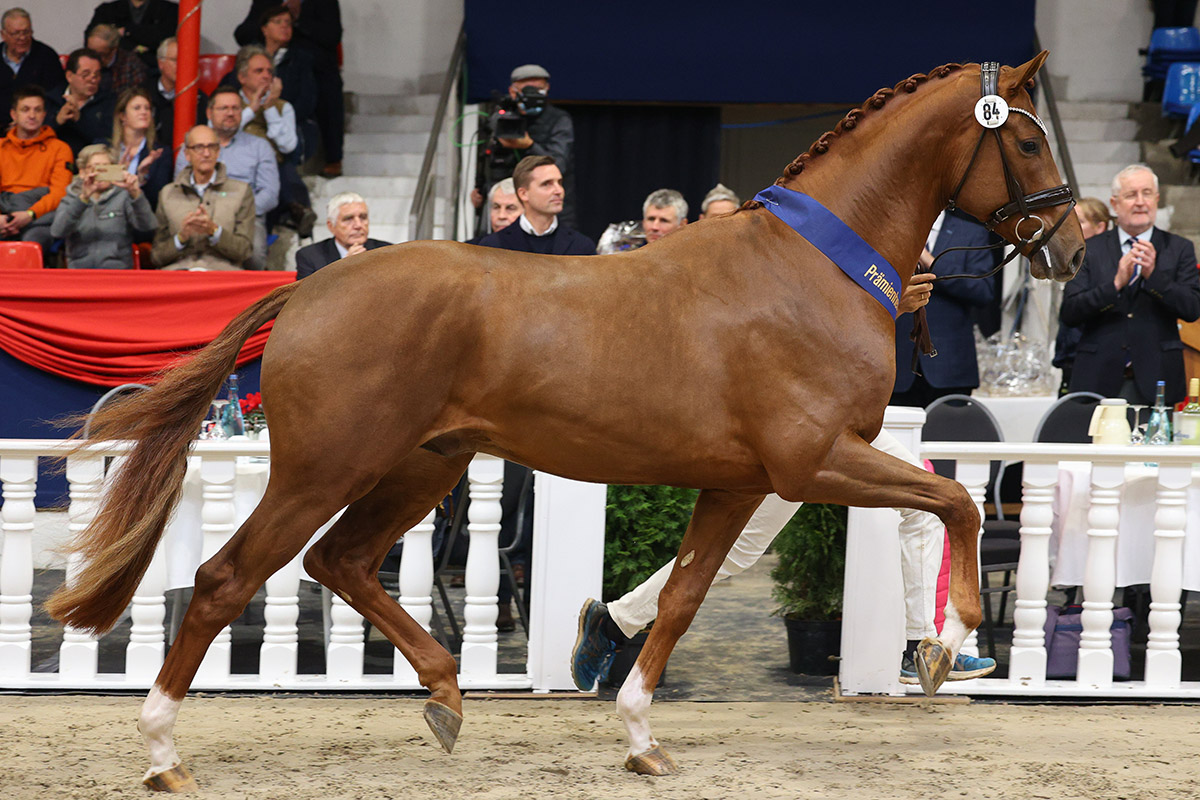 At the following auction, two offspring sired by Helgstrand's stallions received top prices; the newly crowned Premium Stallion by Suarez/Dante Weltino/Rubenstein I, bred by Nina Sixtensson, was sold for an impressive 530,000 euro to Klosterhof Medingen in Germany and the approved stallion by Jovian/Benaggio/De Niro, bred by Caterina Schulz-Beelitz, was sold for 370,000 euro to Lövsta Stuteri in Sweden. 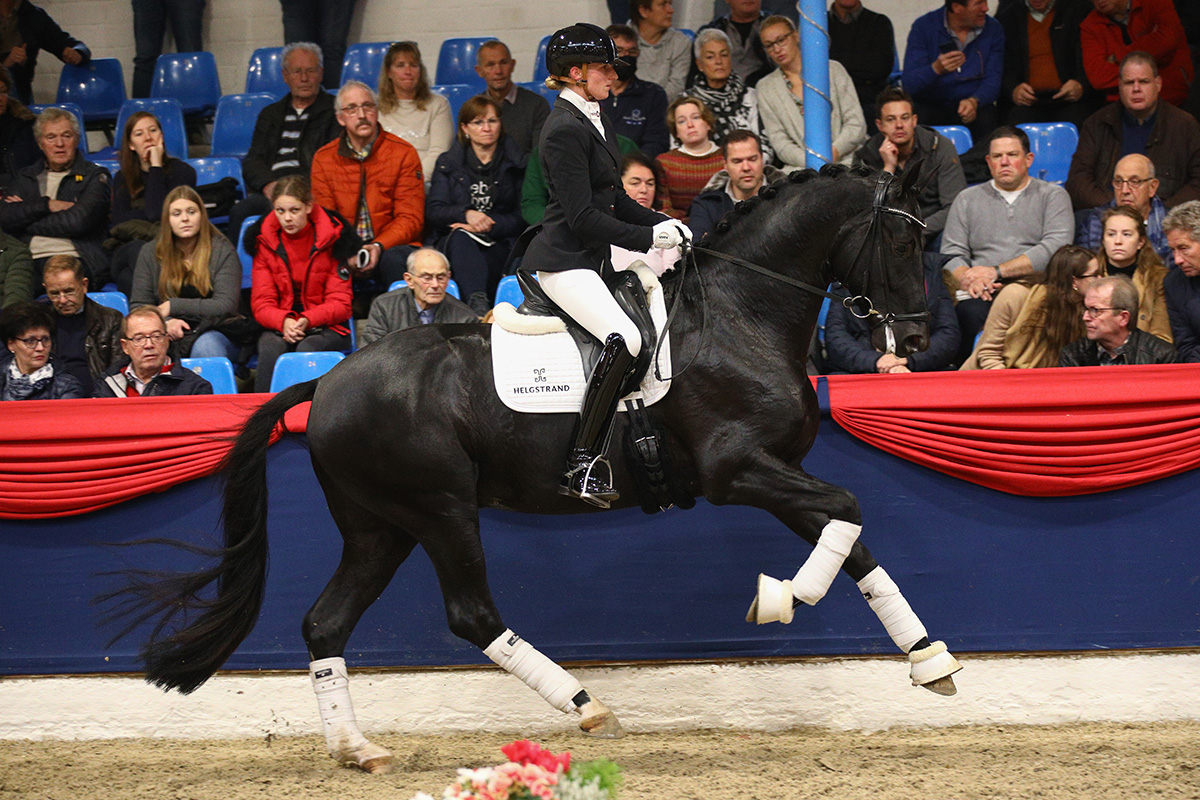 Three stallions were invited by the Oldenburg Association to be considered for the prestigious title Oldenburger Hauptprämiensieger. Both Fynch Hatton (Formel Eins/Sir Donnerhall I) and Total McLaren (Totilas/De Niro) were invited to join this year’s Oldenburger Hengst-Tage in Vechta, Germany.

This recognition is given to stallions for the great performances of the first crop of foals and the stallion’s performances.

There is absolutely no doubt that both stallions are world-class horses and actually seeing the first crop of foals has truly been amazing. We are looking forward to seeing what the future holds for them.