Franklin with many successful offspring 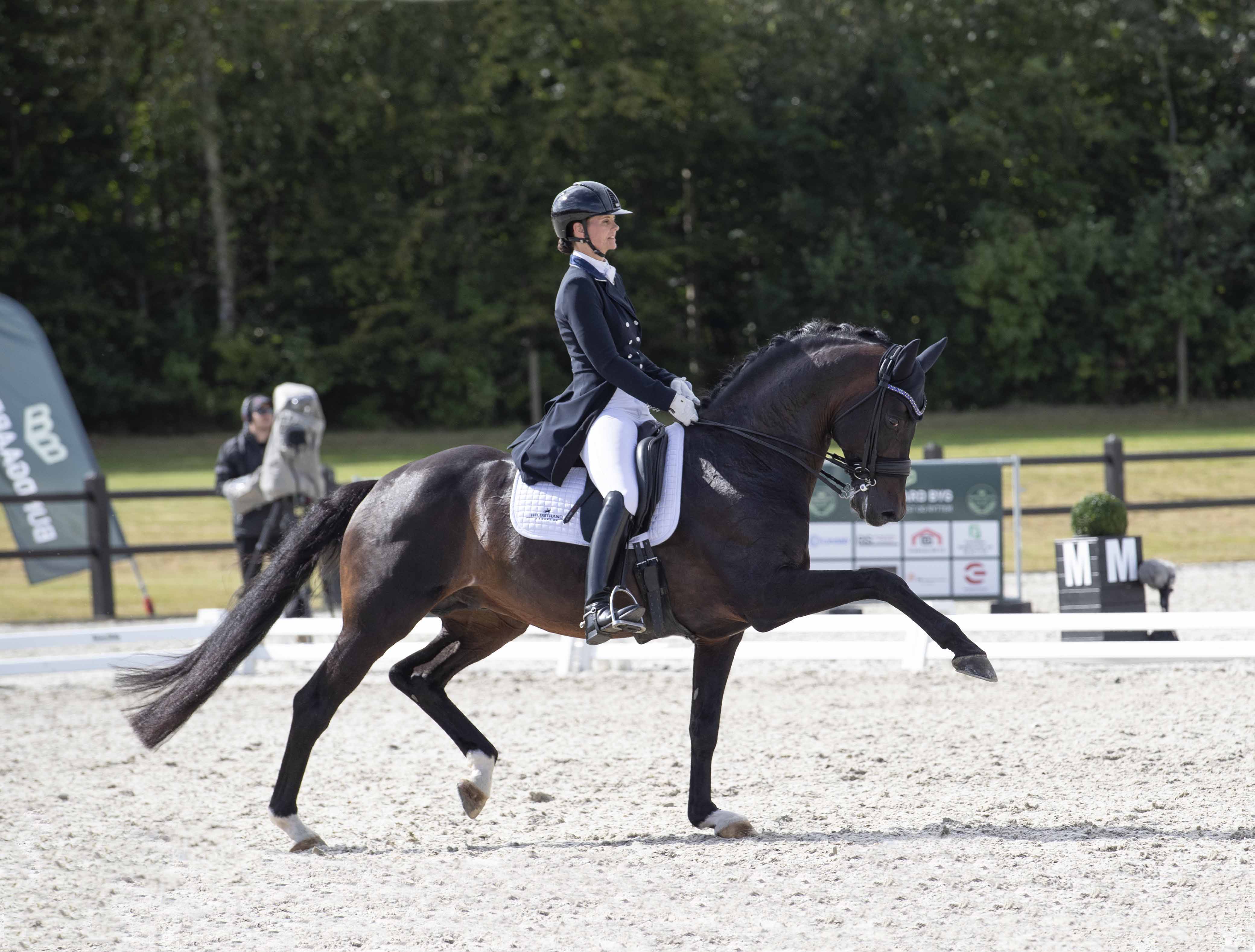 With Helgstrand rider Betina Jæger in the saddle, this stallion has developed quite exceptionally. The beautiful paces and sublime elasticity as well as the ultra-modern type characterize not only Franklin (Ampére/Ferro) himself, but his offspring as well. At Danish Warmblood licensing shows, foal and mare shows his offspring have shown enormous qualities for the future and several times they have been awarded the highest gradings. And looking at the mares, he sired already 66 mares graded in Danish Warmblood, of which 86% received the highest grading in Danish Warmblood and 17% of these magnificent offspring have received the recognized breeder medal.

At the Danish Equestrian Federation’s Championship Finals next week, several Franklin offspring will compete, including Faretti DWB and Slangerupgaard’s Flottenheimer.

KWPN Champion Stallion Franklin supremely won his stallion performance test in 2013, while in 2015 he participated at the prestigious World Championships for Young Dressage Horses. Since then, he has achieved great results at small tour level with Helgstrand rider Betina Jæger and is getting ready for his Grand Prix debut.

Are you looking for your own Franklin offspring that you can further educate, then have a look at: