Impressive results across the board

Video: Iron and Mette - winners of the 4-year-old qualification for the Danish Young Horse Championship

It has been a terrific weekend at Vilhelmsborg for this year's Elite Show with national dressage competitions and a number of great results – including the qualification classes for the Danish Equestrian Federation's Young Horse Championships and the selection of this year’s best foals and mares in Danish Warmblood.

Iron is the superior winner of the 4-year-old qualification

Helgstrand presented horses in every age group of the qualification for the Young Horse Championships hosted at Blue Hors, Denmark, in mid October. One, in particular, stood out: the 4-year-old Iron by Asgard’s Ibiza/Hohenstein, who was ridden by Mette Sejbjerg Jensen and scored 93.4 points, including a 10 for the impressive trot.

In the 7-year-old class, another Helgstrand rider claimed the win: Michael Grønne Christensen atop Atterupgaards Miley by Atterupgaards Seebach/Lord Sinclair.

See the other results here.

Camilla Stubberup has now won the unofficial Danish Championship for student Master Riders a whopping three times. For the second year in a row, she rode Let’s Walk by L’espoir/Leithen and with great support from Maria Anita Andersen, Camilla claimed yet another championship. Frederikke Skelmose also did a great job atop Luilux, but unfortunately is was not enough for a spot on the podium. 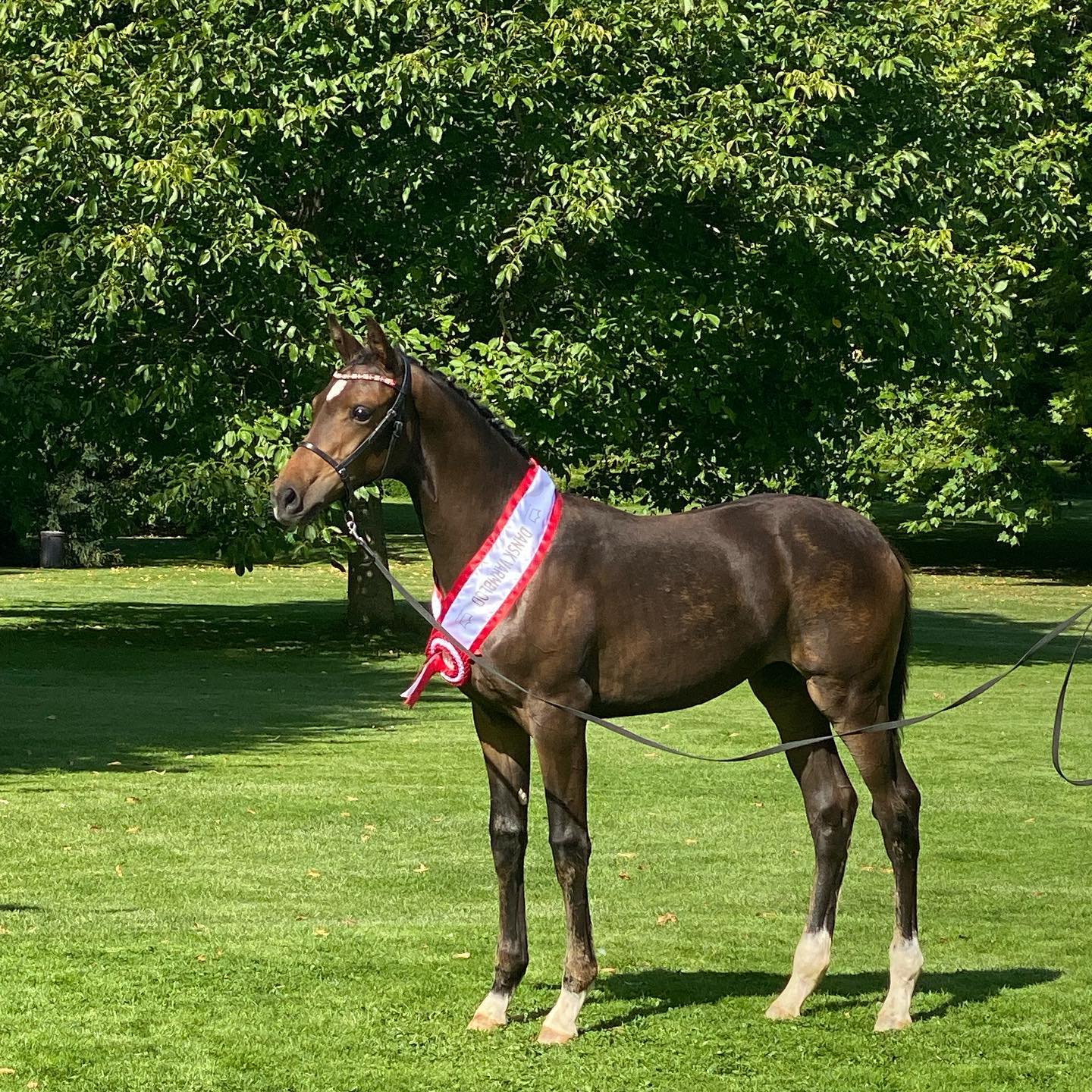 Picture: Vilards Fina by Franklin/Don Romantic - the dressage filly of the year

The foals of the year are sired by Helgstrand stallions

Many magnificent offspring by Helgstrand stallions were presented this year and the very best gathered for this weekend’s Elite Show. Among the fillies, a Franklin offspring claimed the victory: Vilards Fina by Franklin/Don Romantic bred by Stutteri Vilard. A Vivino offspring bred by Stutteri Majlund was awarded the title of colt of the year.

At the Elite Show Auction on Saturday, Helgstrand also acquired yet another future star: a Jovian/Scolari offspring at the price of 540.000 DKK.

Helgstrand mare is the dressage mare of the year

The weekend ended with the crowning of the mares and Helgstrand added another two gold medal mares to the collection: Faretti DWB by Franklin/Don Frederico (bred by Henrik Hansen) and Valerie B by Revolution/Zack (bred by Karin and Peer Gudbrandtsen), who was also awarded the title of dressage mare of the year.

At the Elite Show, a total of three mares secured a gold medal, two of which were sired by Revolution and one by Franklin.

Video: Patrik Kittel and Fiontini at the show in Grote Brogel, Belgium.

Patrik Kittel took over the reins of the three times World Champion only recently, but the new partners managed to score 80% in their freestyle debut at the show in Grote Brogel, Belgium. A few minor mistakes taken into consideration, there is hope for even higher points at the next international show in Aachen, Germany, in just two weeks.