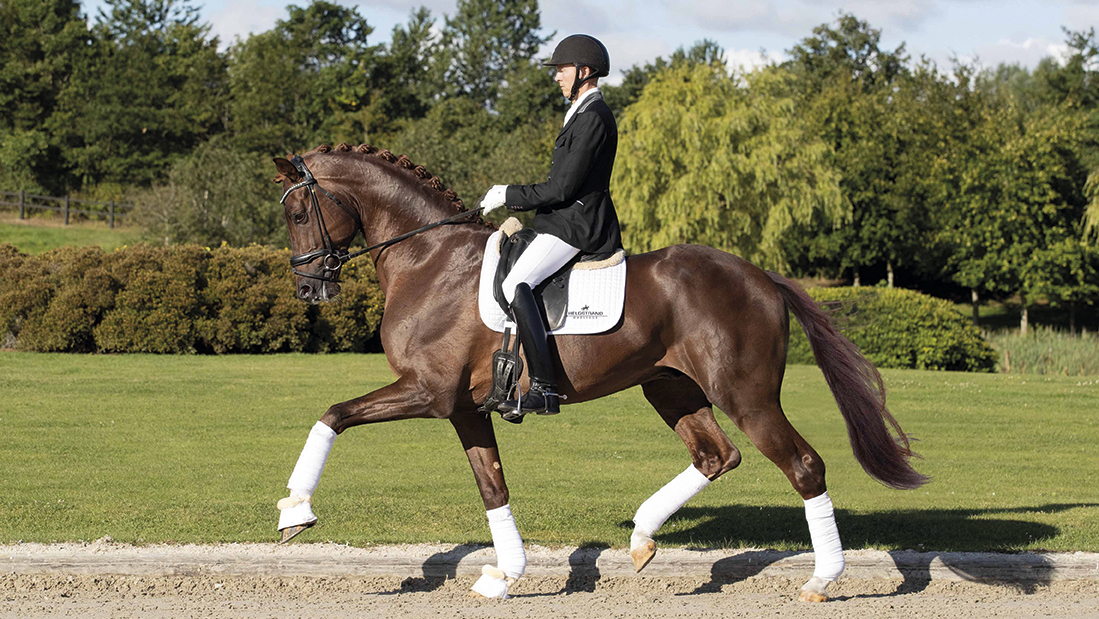 This year’s breeding season has come off with an amazing start and we have experienced an increasing demand for our stallions. This is justified by the great number of coveted stallions, who perform very well in the sport – something that is noticed all around the world – and also the reason that we can now congratulate yet another Grand Prix rider with the purchase of a stallion of absolute top quality, namely Vivino by Vivaldi/Dancier. A stallion who impressed everyone and took the title as Champion at the Hanoverian licensing in 2018. By the following auction, Helgstrand succeeded in purchasing the promising stallion together with Schockemöhle for no less than 2,01 mio euro.

The international successful dressage rider Alejandro Asencio Méndez has once again visited Helgstrand Dressage. Alejandro has developed several horses from youngster to Grand Prix level and he already has two superb Grand Prix horses in his stable – he is qualified for the Olympics with one of them.

“I tried several horses at Helgstrand, but Vivino gave me the exact right feeling, right away. It is obvious for everyone that he possesses three amazing gaits, but you probably cannot see from the ground, that he is super attentive towards his rider. A quality I highly appreciate,” Alejandro tells – he looks very much forward to welcoming Vivino to his stable later this week.

“I look forward to getting to know him and this will of course take a little while. However, after that, my ambitions are to qualify him to the World Championships for Young Horses,” Alejandro expresses – he has purchased Vivino together with EQUIFOAL.

We have already seen the first offspring by Vivino and the represent the same unique qualities as himself. They look astonishing, have a noble and modern expression and plenty of movement and scope. Vivino has proven that his performance within the sport also is very high quality – with Thomas Sigtenbjerggaard in the saddle he has demonstrated outstanding skills. The same qualities that convinced Alejandro, who looks very much forward to the further development of Vivino.

“It has been a pure pleasure riding this horse – and especially lately he has definitely developed a lot. Unfortunately, I did not get the chance to show him at this year’s stallion shows, but many might have watched the online stallion presentation from earlier this year. He has an amazing power, and you can truly feel, how he wants to work. Alejandro and he constitute the perfect match, and we look forward to following them on their way to top sport,” Thomas Sigtenbjerggaard tells.

Vivino is by Vivaldi, who has had an exceptional career in the sport and is likewise the sire to many successful breeding stallions and Grand Prix horses. Moreover, he is in the top of the WBFSH ranking. His dam sire Dancier was also announced champion stallion at the Hannoverian licensing and has since then delivered top performances on the show grounds up till Prix St. Georges level.

The new owners have chosen to focus on getting to know Vivino within this breeding season, which is why he solely will be available with frozen semen by directing inquiries to Helgstrand Dressage. As of 2022, the plan is for him to be available for fresh semen again through a EU stallion station.

In case of any questions, please direct them to Lene Birkemose at +45 22 57 44 11 or This email address is being protected from spambots. You need JavaScript enabled to view it.