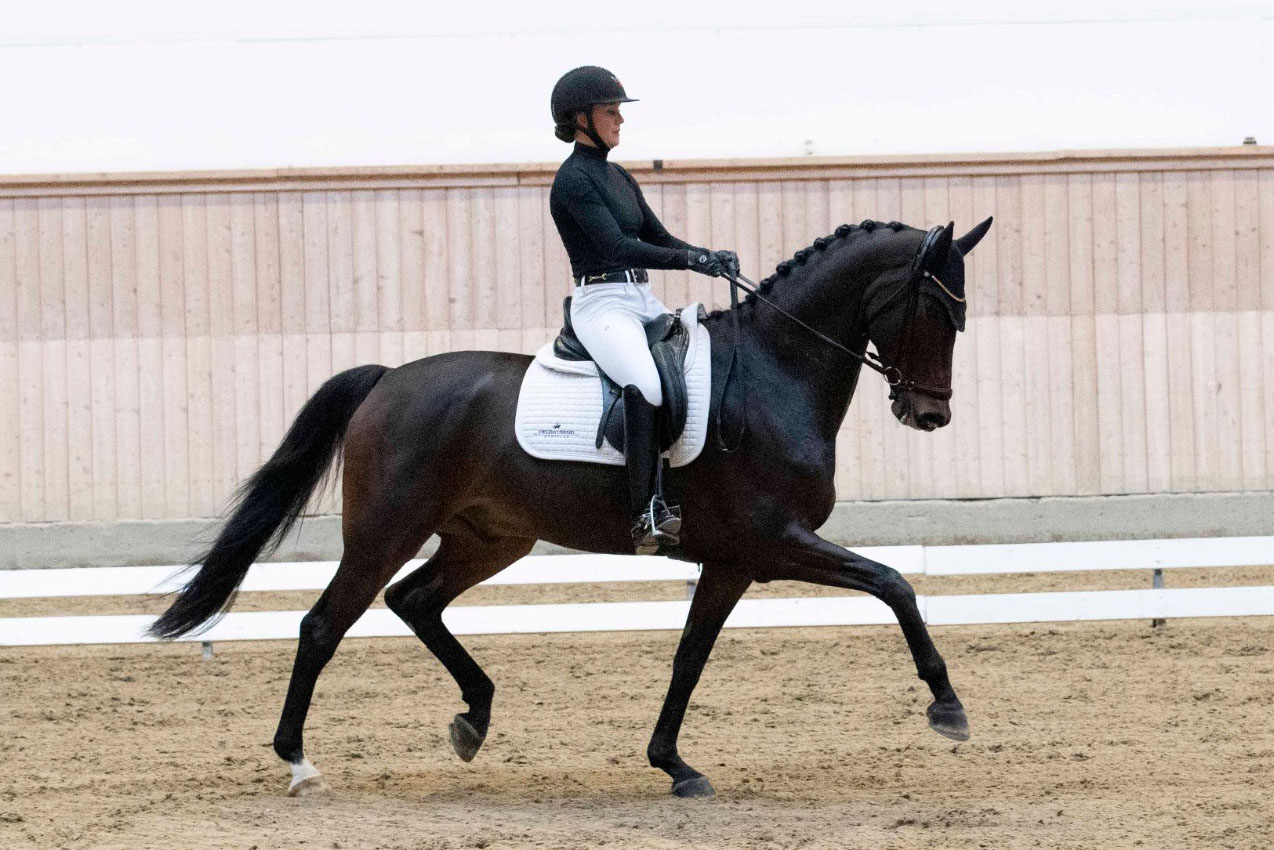 The 7-year-old Straight Horse Don Zuan by Zack/Don Schufro has been with our collaborator, the successful Danish Grand Prix rider, Cathrine Dufour in order to get a very well education. Now the German Sophie Reef will take over the reins of this promising gelding.

Sophie Reef has an impressive resume of top results and with the acquisition of the 7-year-old gelding, she has now secured a very promising horse for her future U25 years.

- He is an amazing horse, and he overwhelmed me from the first moment I sat on him. He is really powerful, and as his results indicate, he has loads of potential for top-sport. Cathrine has made an impressive work with him, and I am super proud to take over the reins after her, Sophie Reef tells.

- Don Zuan is a true gentleman, and he has been loved by everyone in the stable because of his calm mind. He definitely has a special place in my heart, as he was one of the first horses, I got to educate in my collaboration with Helgstrand. It is no secret, that I easily get attached to all my horses, and even though I am aware, that I eventually have to say goodbye, I still find it very sad, Cathrine says.

Straight Horse Don Zuan has definitely drawn attention to himself on the show grounds. At the Danish young horse championships, he finished on a 4th place with 92% as a 5-year-old in 2019 and the year after, he qualified to the finals by winning the qualification with no less than 93%. Moreover, he was also selected to represent Denmark at the prestigious Young Horse World Championships, which unfortunately got cancelled due to COVID-19.

- Cathrine has again done, what she does best: educating a young horse with immense success. With such a talented horse, it means a lot for us, that he continues his impressive path with a new ambitious rider as Sophie Reef, who has a lot of support, Andreas Helgstrand says.