Yet another successful horse for Maik Kanitzky 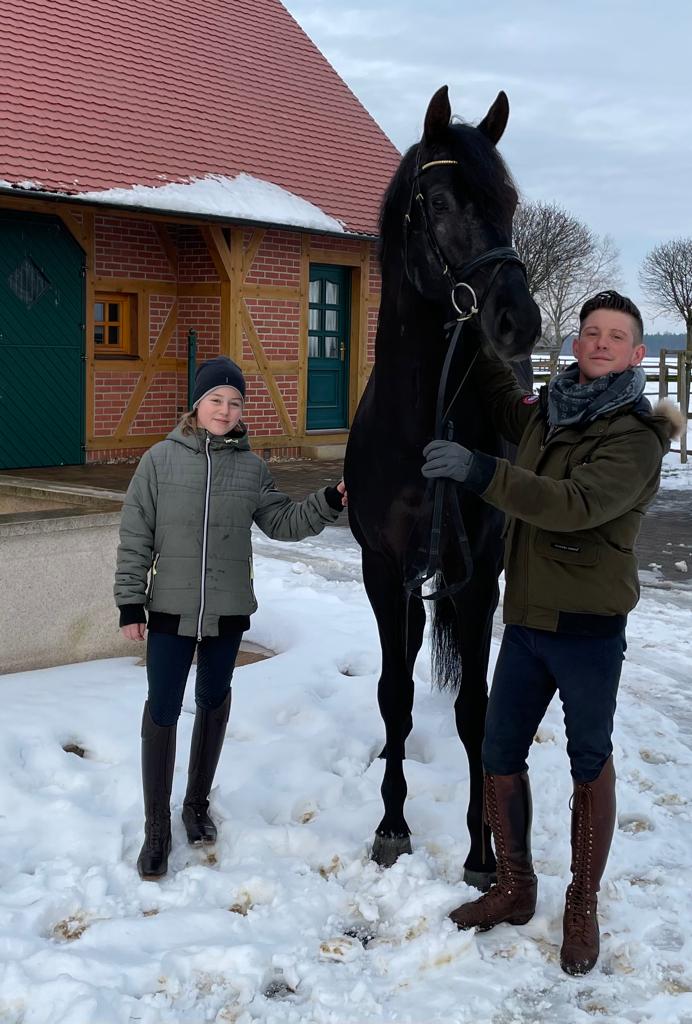 Just as we published the news about Maik Kanitzky, the breeder of the successful Sir Donnerhall I and II, acquiring the 2019 winner of the Danish Warmblood 35-day test, Atterupgaards Barcelo, we can now also announce that this was not the only superstar he has secured for his new stable. The other addition to his team of horses is the extremely well-moving 5-year-old stallion, Virazzo by Vivaldi/Ragazzo.

After many years of successful breeding, including Sir Donnerhall I, who is offered in the exclusive Helgstrand-Schockemöhle stallion collection and Sir Donnerhall II, who has been trained at Helgstrand Dressage and now performs at international Grand Prix level with Morgan Barbançon, Maik is now fully focusing on the dressage sport.

The new team consists of the master riders Sarah Backhaus and David Kunath, as well as other riders, with whom Maik has entered into partnerships, including Tessa Frank, who will be the responsible educator of Atterupgaards Barcelo.

They have visited Helgstrand Dressage to look for top horses that can help them in their future endeavours and to reach their sports goals – and here they also received some good tips in the training with Andreas.

- It’s hard to ask for more. With Virazzo we really get the complete horse, both type-wise as well as with his movements. In the training with Andreas, he also showed that he has a positive attitude and therefore I am certain that he will be a pleasure to further educate, master rider at Gestüt Heidehof, David Kunath tells – he considers both Virazzo and Barcelo as very prominent for the future.

After having acquired Barcelo and Virazzo I can, without hesitation, conclude that this wasn’t the last time we visited Helgstrand. With Maik’s visions, we definitely need to invest in some of the best horses – and they are found at Andreas’ place, without a doubt, David tells. He is grateful that there are people, who gladly invest in the sport, where riders just like himself, get the opportunity to further educate horses of the absolute first quality.