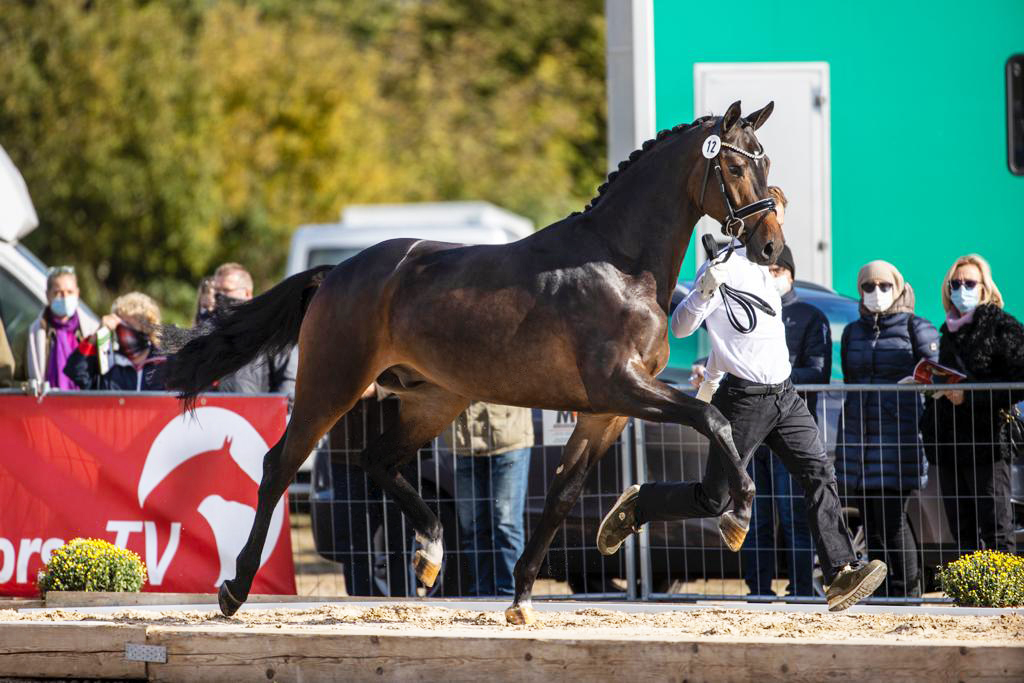 The Trakehner Champion Stallion 2020 was celebrated as a star in Neumünster and triggered a hot bidding duel at the auction in the Holstenhallen. The dark bay "Rheinglanz", a son of young star sire Helium, has everything that characterises a modern stallion. The noble champion impresses with his dynamics and his generous, feathery basic gaits. At the same time, he presents himself with the best manners and has a solid pedigree with which breeding can be planned. His owners, the Rheinglanz Consortium, are pleased to announce that the eye-catching young stallion will be available with fresh semen at renowned breeding stations in Germany in the 2021 breeding season. In addition, he will receive his basic training under saddle in competent hands.

Thanks to Udo Wagner's good connections to Andreas Helgstrand, the sympathetic horse of special quality will be available via the Schockemöhle/Helgstrand breeding station in Mühlen and via Beate Langels' traditional Trakehner stud Hämelschenburg in Emmerthal. Andreas Helgstrand is delighted about this opportunity and emphasises how important he considers the Trakehner influence in international sport horse breeding. The grey mare Matiné, the unforgettable successful horse of the Danish champion rider at the World Championships in Aachen 2006, was a daughter of the Trakehner stallion Silvermoon. And the exceptional stallion Totilas, for example, who died a few days ago, was not only a son of Gribaldi, but also had Trakehner blood on his mother's side.

Rheinglanz is managed at Helgstrand Dressage Germany by Michael Schmidt, who boasts more than three decades of professional experience in horse breeding and sport and who, among other things, made a considerable contribution to the training of the multiple winning stallion Sezuan as stud manager at Peterhof. Eva Möller, who has been working for Helgstrand Dressage for several years and has won many times at the Bundeschampionat in Warendorf and also at the World Championships for Young Dressage Horses, is responsible for the training under saddle. The Rheinglanz Consortium, as well as the Schockemöhle/Helgstrand breeding station are pleased to have gained an experienced and recognised partner in the renowned Trakehner Stud Hämelschenburg under the management of Beate Langels. 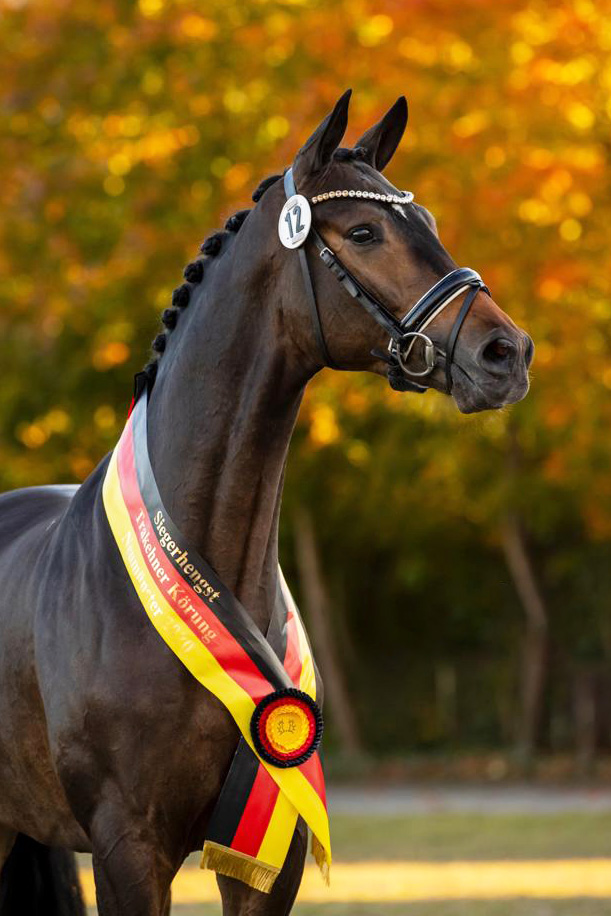