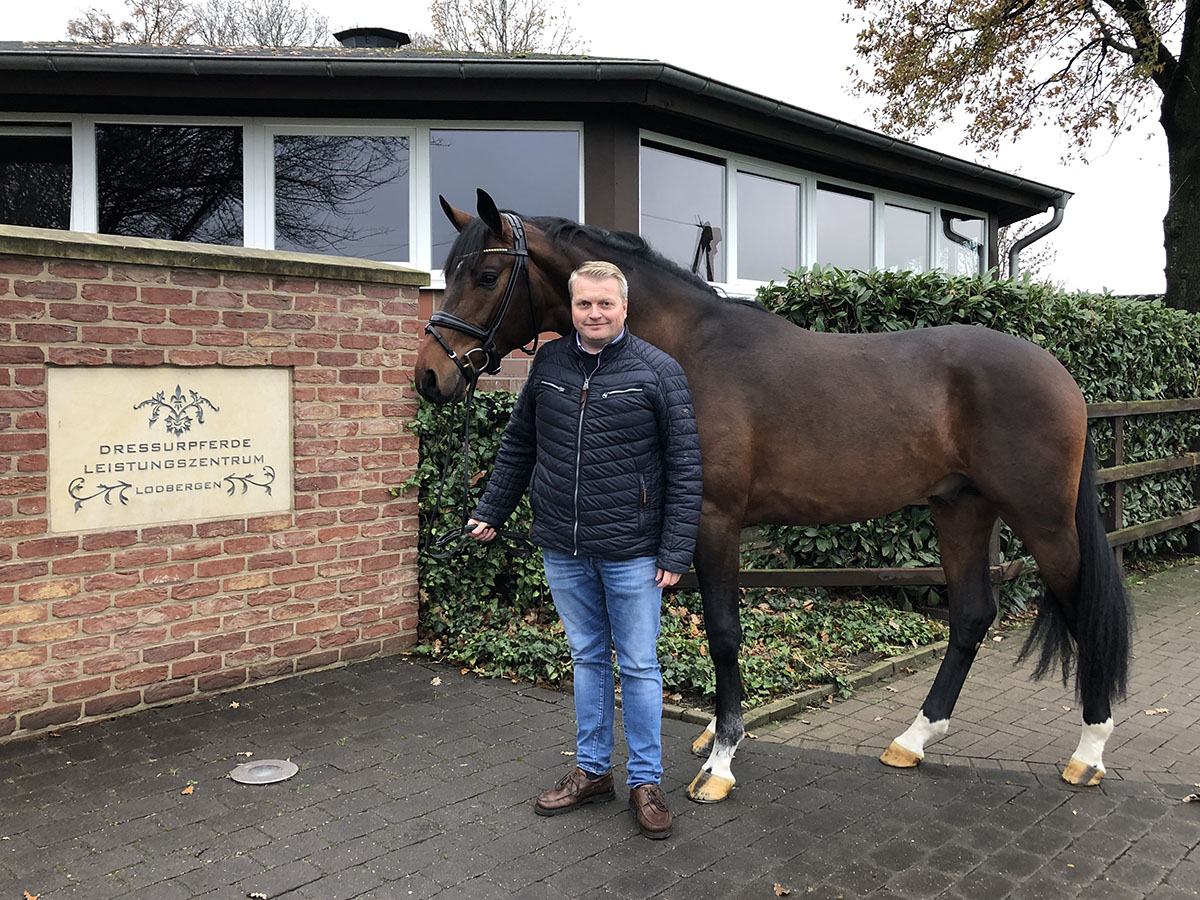 The “Gestüt Pramwaldhof”, Astrid Neumayer, is the proud owner of the new Westphalian premium stallion, the exceptionally well-moving and interesting stallion by Floriscount/San Amour: “Fineline”. The stallion will be available starting the next season and he will be stationed at the “Dressurleistungszentrum Lodbergen” located in Löningen, Germany.

“Gestüt Pramwaldhof” is one of Austria's most recognised dressage stables and stallion stations. It already counts an exciting selection of stallions. Fineline will not be stationed in Austria, however, but at the stallion station Dressurleistungszentrum Lodbergen, managed by Therese Nielshagen and Wolfgang Stagge.

Fineline is bred by Gestüt Elstertal, Germany and he was then purchased by Helgstrand as a foal. He is one of the first horses growing up at “Helgstrand Youngsters”, which consists of modern facilities and beautiful surroundings, that give foals and young horses the very best start to a future career as a sport horse or breeding stallion.

Helgstrand would like to congratulate not only the new owners “Gestüt Pramwaldhof”, but also the “Dressurleistungszentrum Lodbergen”, where the stallion will be stationed! “We are delighted that “Fineline” will be part of the already attractive stallion collection in Löningen, where he will stand side by side with some of Germany's highly desired stallions, such as Dante Weltino OLD and For Romance OLD as well as an exciting selection of new stallions”, as Andreas Helgstrand says.