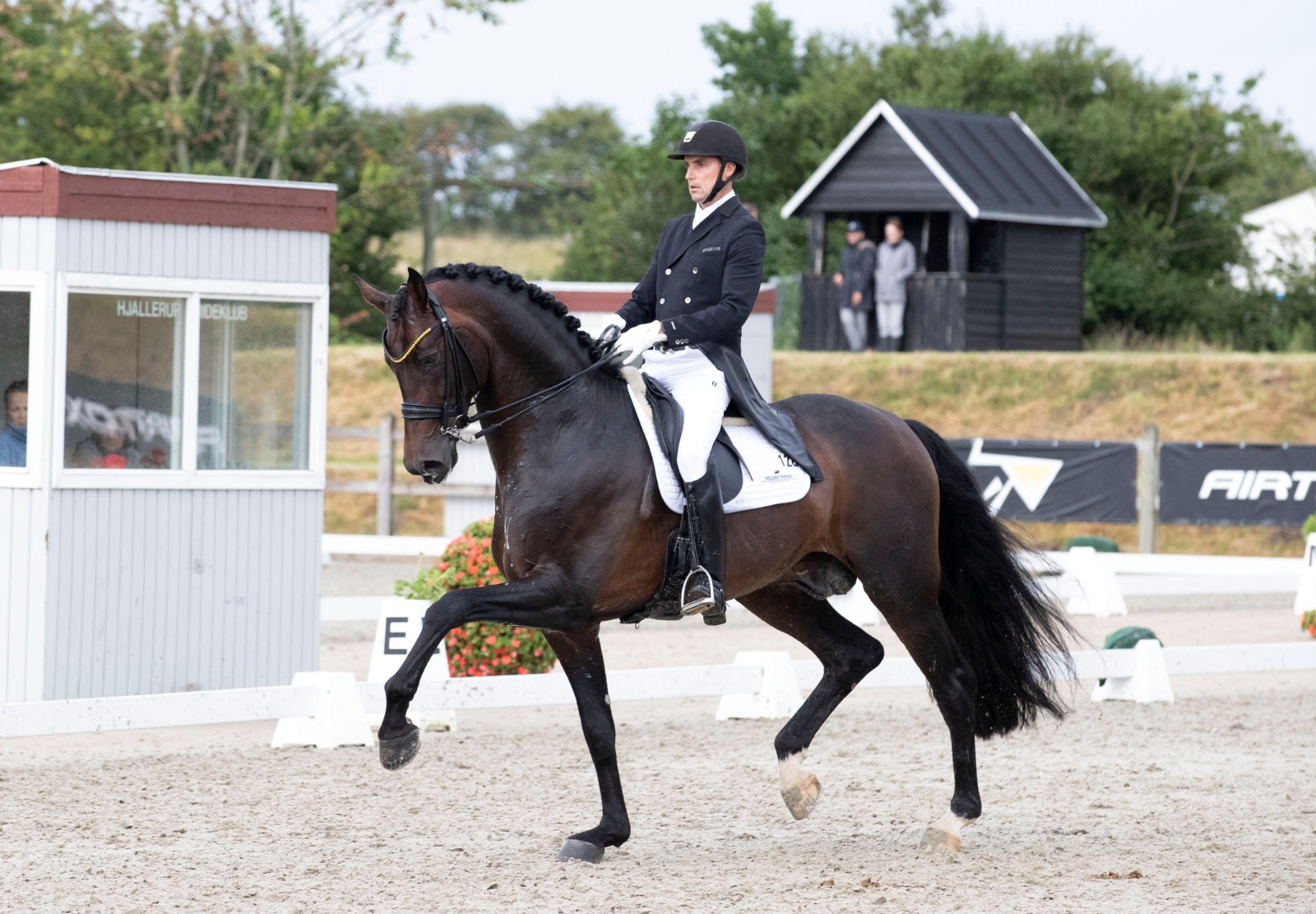 There was no doubt that the show break caused by the COVID19 has done well for Revolution, who has developed quite exceptionally in recent months. He was for sure ready for his national competition debut, which was in Prix St. George at the national show in Hjallerup, Denmark. The only 7-year-old stallion, who already has achieved much success, did a test which was rewarded with several 9's and he ended up winning his debut scoring 77.561%. One of the judges, Leif Törnblad, was even so convinced of the stallion's qualities and precision of the test that he rewarded it with 80%.

- I am so happy and proud of Revolution's performance today. The training in recent months has exceeded all expectations and he has gained so much strength as he also showed in the test today. And it makes me so proud that an international judge like Leif Törnblad rewards us with 80%. It shows that we are on the right track. He is so easy to ride at competitions and doesn't care about what is happening outside the arena. He is fully focused on the task, and this character is given to his offspring as well, Andreas says, adding that the plan is to prepare him for the World Championships for Young Horses in Verden, Germany in December.

Revolution is by Rocky Lee/Rouletto. He has impressed by winning the Danish Dressage Championships three times in a row and in addition winning silver and gold at the World Championships for Young Horses in Ermelo. Furthermore, he was awarded the Champion Stallion at the 2017 Danish Warmblood Stallion Licensing and won the Danish Warmblood's 35-day performance test, which also testifies his unique qualities as a breeding stallion.