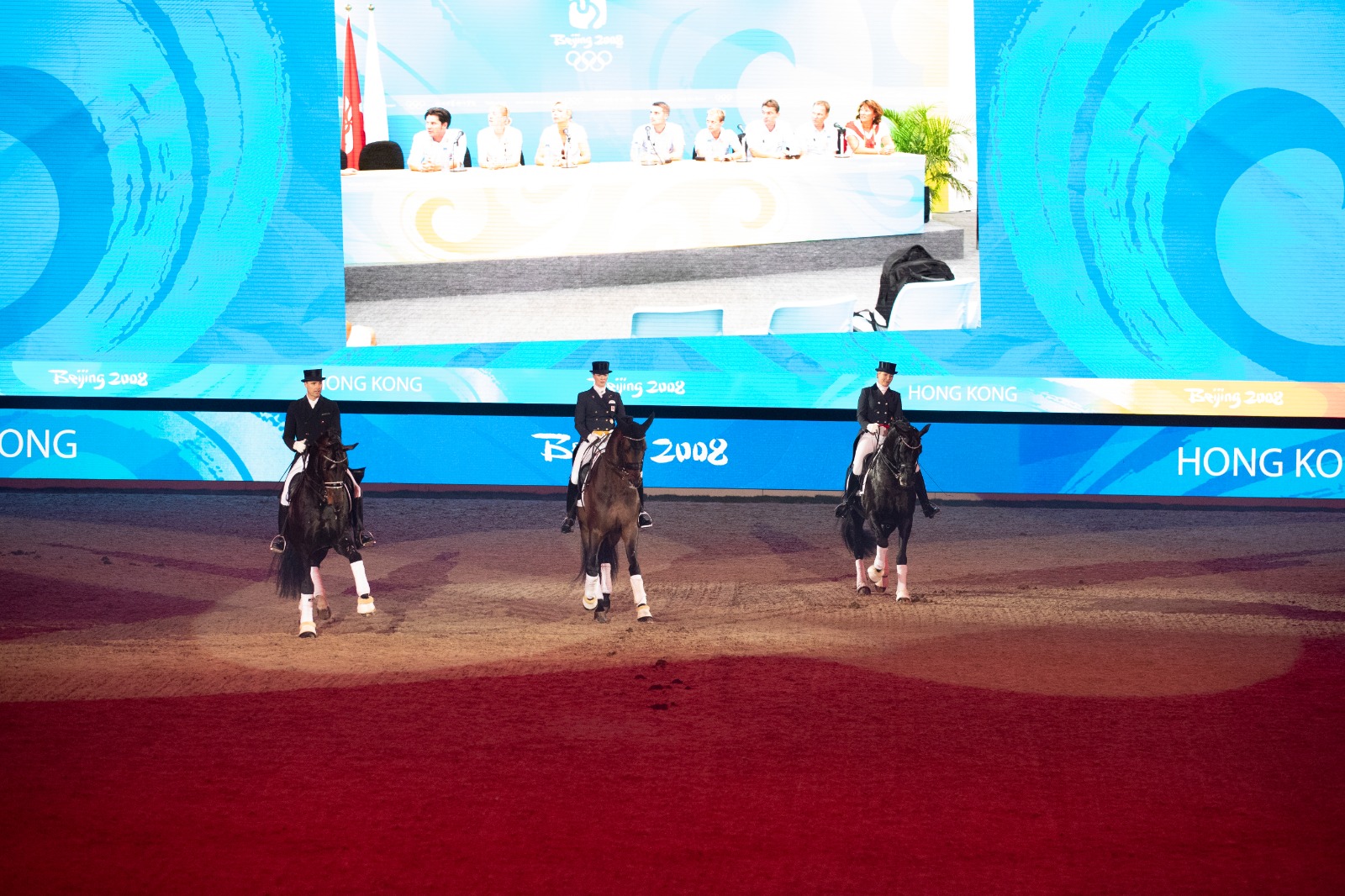 Exactly at 7.30 pm, everyone was seated at the grandstands and the expectations for the evenings gala show was without a doubt high, with the exciting theme: Let the games begin! Amongst the highlights of the evening was without a doubt the Olympic bronze-medal team from Hong King, whom at once got us back to 2008 - to the moment we realized that Denmark had won an Olympic bronze medal. The feature started with a humorous interview with the Danish Warmblood chairman, Casper Cassør, before Princess Nathalie zu Sayn-Wittgenstein and Blue Hors Zee Me Blue, Anne Van Olst and Diego, and Andreas Helgstrand and Ferrari OLD entered the arena. The audience was enchanted while the riders performed their show, and the applause would seem to never end when the three riders ended the show in the finest way.

There were gold and glitter beyond imagination at the evenings show, and especially when the 4 gold medal mares and their rider entered the Jyske Bank Box; JJ Filippa and Cecilie Schilbred, Filuca S and Malene Serve, Gørklintgårds Brody and Bettina Laisbo, and Greven’s Sa’ Va’ and Alexander. A well put-together show, that clearly showed the high quality of the mares when they gracefully performed different dressage exercises. 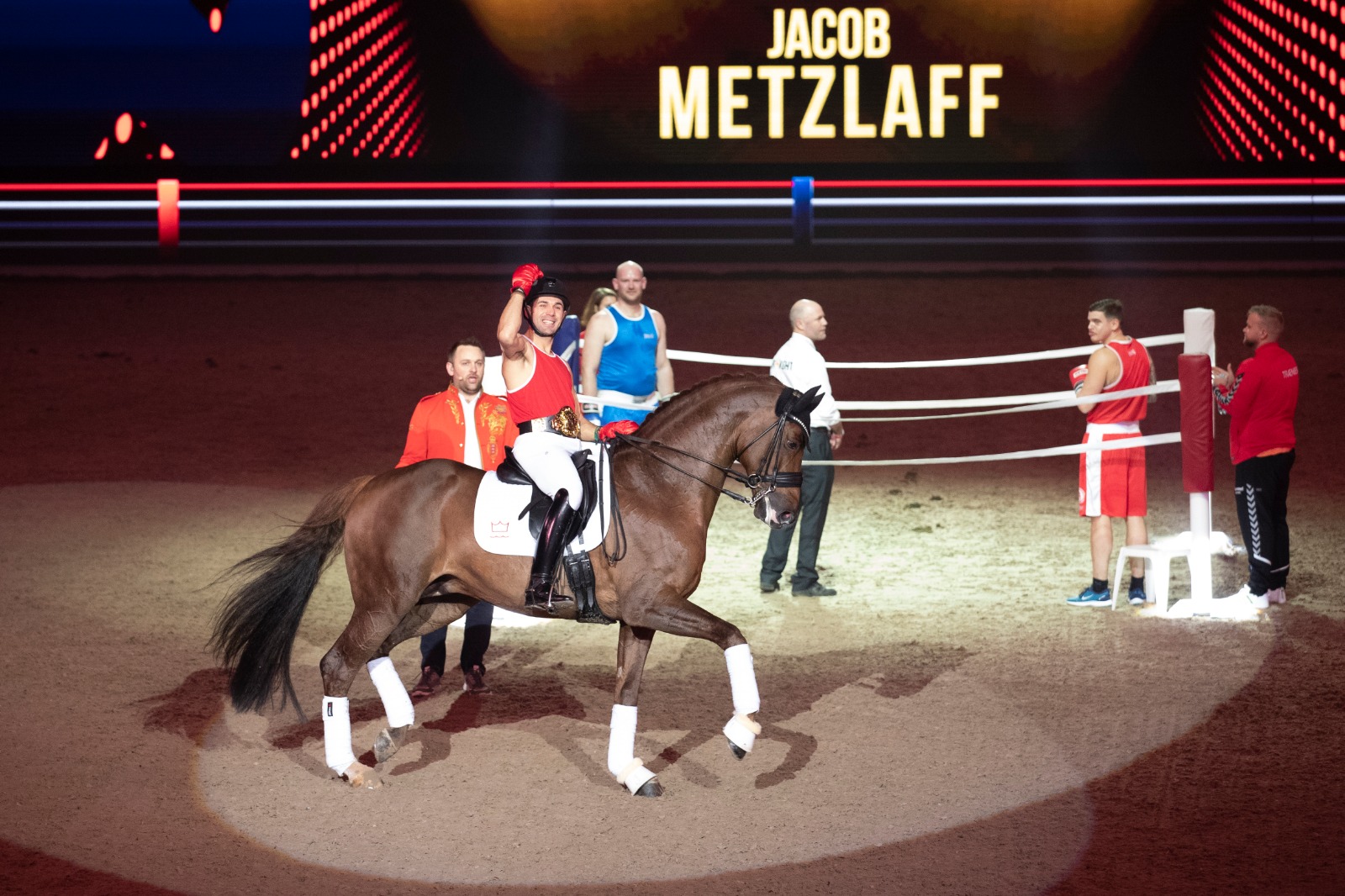 The next performance from Helgstrand was an homage to the World Champion, D'avie, and his rider, Severo, who was wearing a red tanktop and boxing gloves. As a true champion, they danced around the boxing arena with the ring girls riding around them. 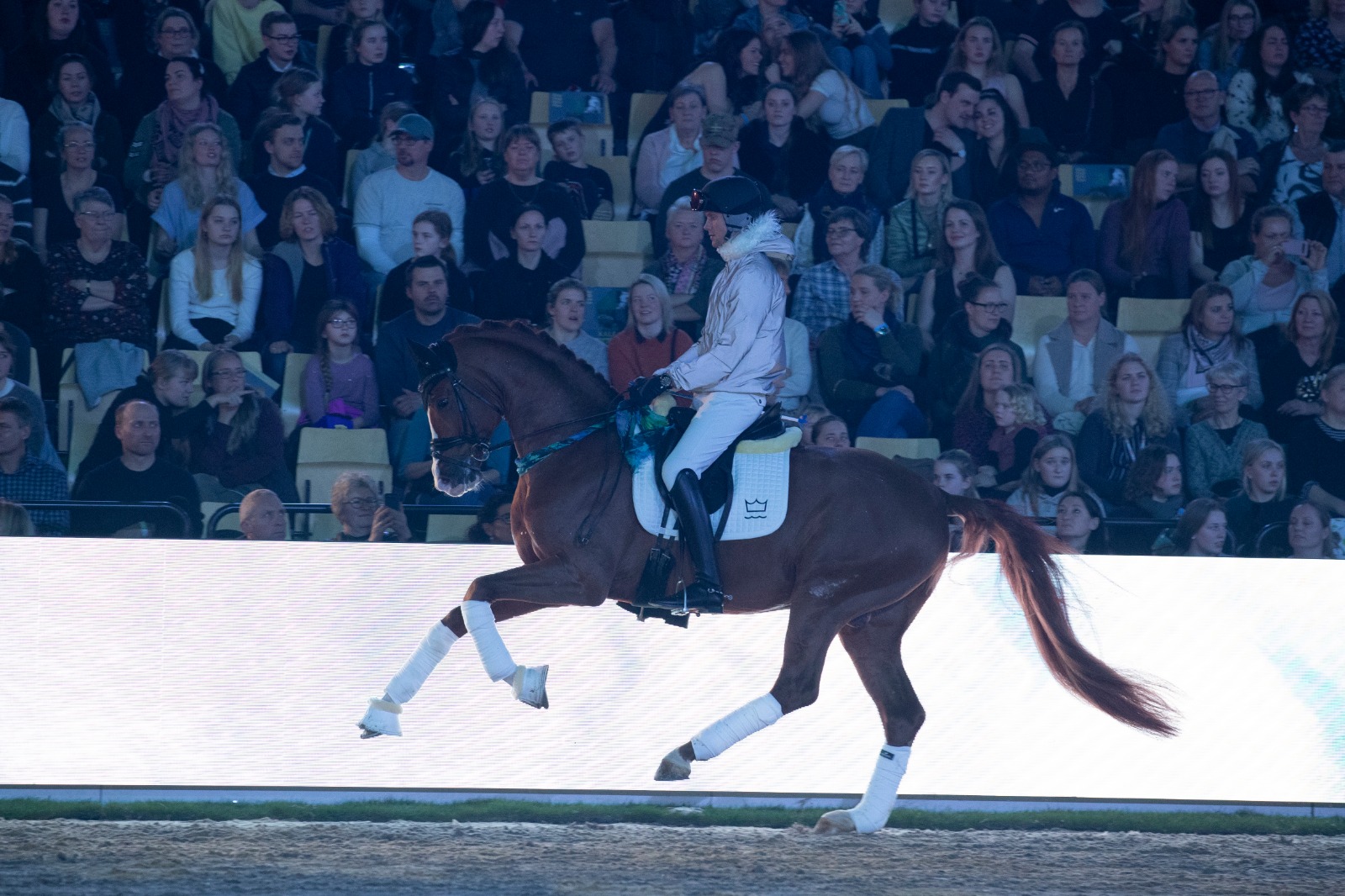 In the end, 6 of the breeding stallions from Helgstrand entered the arena wearing skiwear, symbolizing the Winter Olympics. With Anne-Marie and Janeiro Platinum, Mette and Suarez, Eva and Valverde, Severo and Springbank II VH, Søren and Quaterhit, and Thomas and Kardieno, the features from Helgstrand ended in the best way possible.

Besides that, there were costume jumping, equestrian vaulting, gymnastics show, dog racing, and much more.