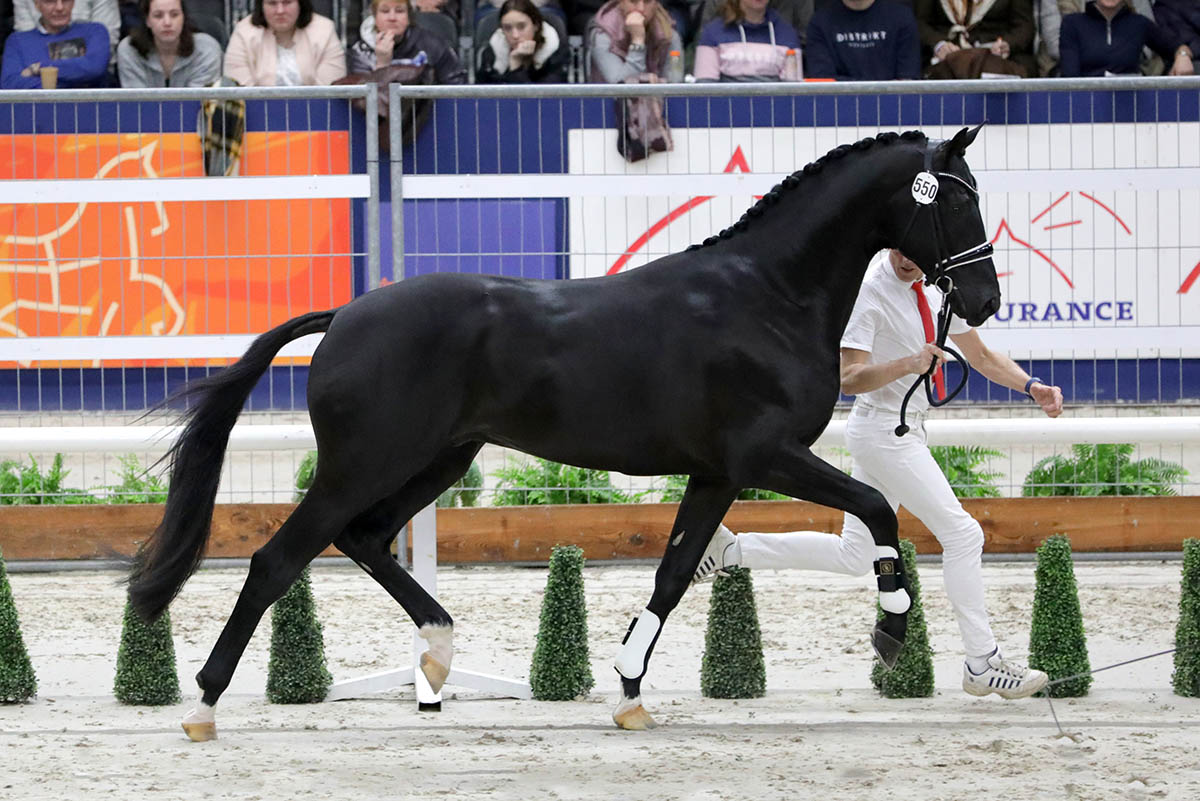 At the 2020 KWPN Stallion Licensing in ’s-Hertogenbosch, the Netherlands, Helgstrand Dressage managed to secure a very interesting offspring by Totilas. The mother Deja Vu is by De Niro and in the third generation, we have the legendary Sandro Hit – an extremely strong and desired pedigree.

- McLaren looks just like his father with the black look, but he varies from the typical Totilas look with his long-legged and very modern expression, which we believe characterizes the modern sports horse. Of course, he also has three amazing gaits. We are very much looking forward to showing him to the breeders already tomorrow at our stallion show in Verden, Germany, says Andreas Helgstrand.

The pedigree of McLaren is very interesting with Totilas as the father, who is a three-time world champion and already as a 9-year-old, he managed to win the Grand Prix freestyle with no less than 90.75% at the European Championships in Windsor under Edward Gal.

The beautiful exterior of McLaren probably comes from the dame line, which among others consists of the Oldenburg Champion mare, Silberaster OLD, who is a double gold winner at the German Bundeschampionate and thus has shown herself worthy in the sport.

In the third generation we have the world-famous Sandro Hit, a living legend with numerous victories. Among many unmentioned highlights, the winner of the World Championship for Young Horses and the winner of the Bundeschampionate with Dr. Ulf Möller.

After being licensed in KWPN this weekend, he will also be licensed in Oldenburg. He is named McLaren, but after being owned by Helgstrand, his name will change to Total McLaren. Total McLaren was bought together with the family Kasprzak.