16 horses from Helgstrand Dressage will travel across the Atlantic Ocean 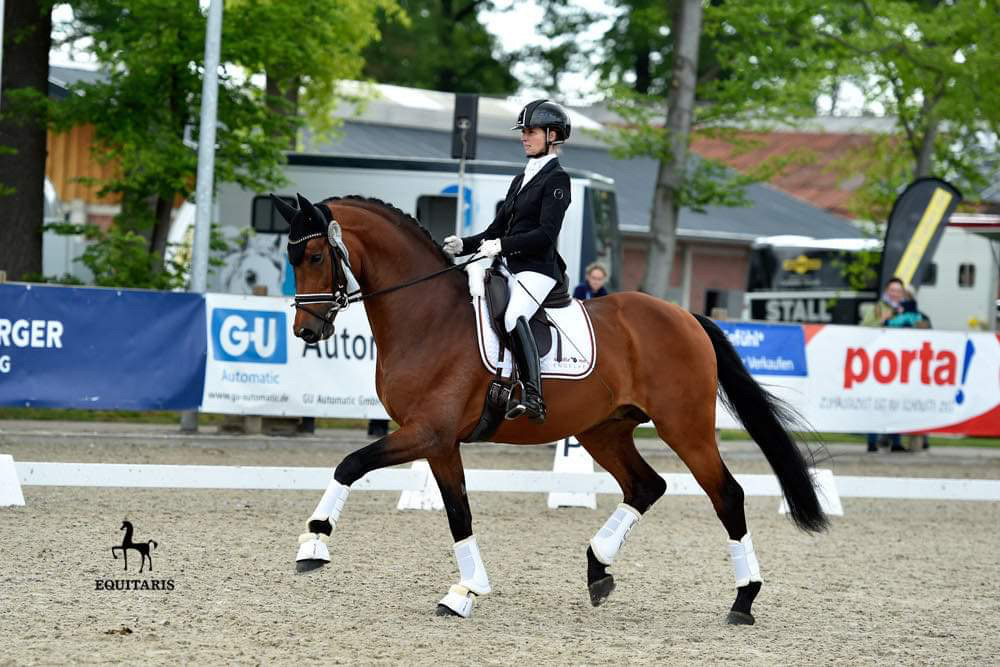 Ballando by Benicio/Le Primeur is one of the horses, who is going to the United States. Among many great results, he got a top placing at the 2019 German Bundeschampionat with Eva - picture: Equitaris.

The competition season in Wellington, USA, is fast approaching and soon, 16 horses will travel across the Atlantic Ocean to Helgstrand Dressage’s sales stable. Dr. Ulf Möller, who is in charge of the stable in Wellington, has been by to select prospects for the new season based on his experience from the first two seasons.

- It is now the third time we’re traveling to the United States, and with the experience we’ve achieved in the past seasons, the selection of the horses going to the USA has been easier this year, says Dr. Ulf Möller and ads; We mainly see a demand for the horses who are a bit older, which either compete at Grand Prix level or has started working on the exercises for it. Not as much the younger horses, which we are used to in Europe. The Americans go for the horses with whom they can start competing and be successful with, within a short period of time.

Before the selected horses can start their journey to Wellington, they must first be checked by an official veterinarian, have taken blood samples, and the mares must furthermore have taken a swap sample as well. When all of this is ok, they’ll drive to Guido Klatte in Lastrup, Germany, with takeoff from Vodskov on November 30th. After 24 hours, they’ll go to Lufthansa in Frankfurt who will fly them to Miami. Here follow 2 days with quarantine (a bit longer for the mares), where after they’ll drive the last part to the farm in Wellington.

- Amongst the horses going to Wellington, we see very exciting pedigrees with, among others, some of the biggest dressage horse producers in the world, such as Foundation, Sir Donnerhall and Skovens Rafael. With the impressive performance pedigrees also follow many great results, and therefore we have horses that have participated in the Bundeschampionat, the World Breeding Championships for Young Horses in the Netherlands and horses, which are placed up to international Grand Prix level, says Ulf.

Besides Ulf, the American team consists of two experienced riders, Danish Carina Nevermann Torup and German Madeleine Bendfeldt. Carina is raised in a riding family, where her mother, Jette Nevermann Torup, has been coaching the Danish national team for ponies through several years. Carina has a long list of top placings behind her, amongst others are gold-medals at the Nordic Championships, DEF Championships, and medals at the European Championships, and latest a top placing in the Bundgaard Byg Cup at the Blue Hors dressage festival. Madeleine also has a long carrier behind her with numerous top placings up to international Intermediate level. But she can also draw on her many years of experience with youngsters, where she has educated several horses who have participated in the prestigious Bundeschampionat in Germany, and amongst them several finalists.

The following 16 are going to Helgstrand Dressage USA: