In the first rounds last Friday and Saturday – almost all the horses qualified for the finals. The finals took place on Sunday, and especially in the 4yo and 5yo classes, we had a lot of horses competing.

Andreas’ goal for the company has always been to have the best horses in Denmark as well as the rest of the world – which we can say to have proven again.

In the 4yo class, Thomas Sigtenbjerggaard and the breeding stallion, Kardieno, showed great perspective and submission and was a sure winner with a total score of 9,22.

Thomas and Kardieno were not the only one of our equipages in the 4yo class who did well. Also, Rikke Dupont with Nova, and certainly also Mette Sejbjerg Jensen with Kremlin MD, Nobelle, and Suarez were placed in the competition. 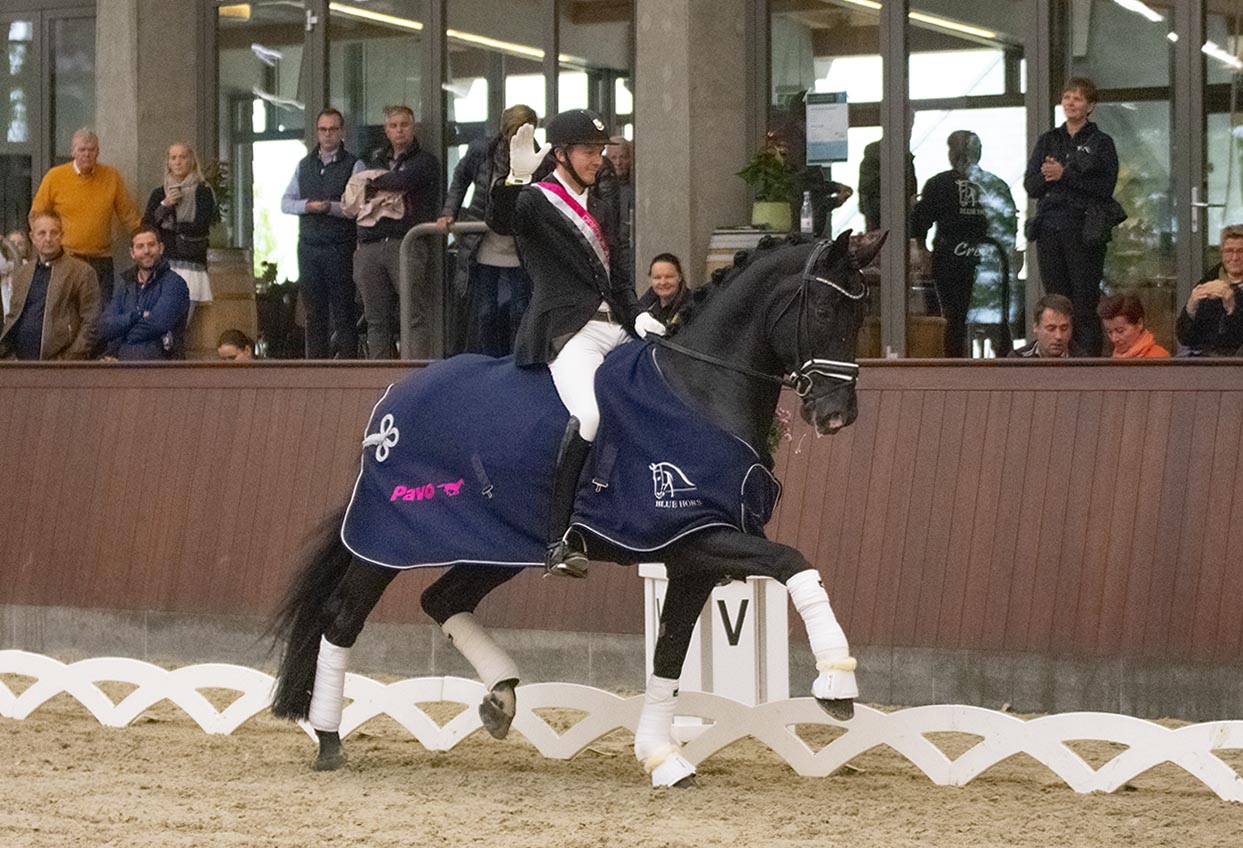 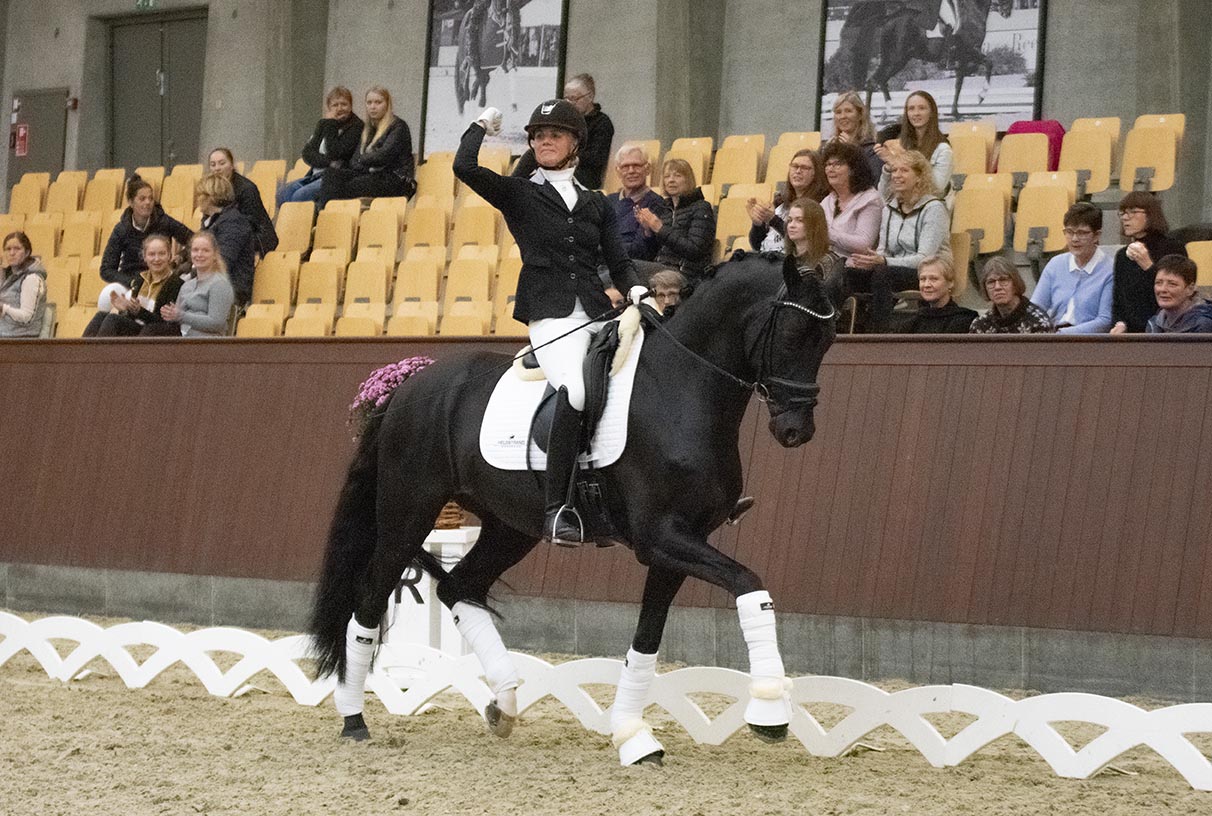 Helgstrand Dressage had 5 out of 11 placings in the 4yo class. Furthermore, 3 offspring by our lovely stallion Kastel's Grand Galaxy Win was placed.

Even though we greatly dominated the 4yo class, it was nothing compared to what happened in the 5yo class.

In the 5yo class, Helgstrand Dressage took all the placings from 1st to 7th, and also as number 11 in the class.

In this class, it was Andreas Helgstrand and the DWB gold medal mare, Queenparks Wendy, who won the class with a total score of 9,60. Close after them was 5yo World Champion the breeding stallion, Jovian, also with Andreas as his rider, who had a total score of 9,48. Thereafter was Severo Jurado Lopez and Springbank II VH, Cathrine Dufour and Straight Horse Don Zuan, Meike Lang and Elverhøjs Raccolto, Cathrine Dufour and Eternity 75, and Søren Wind and Joshua. 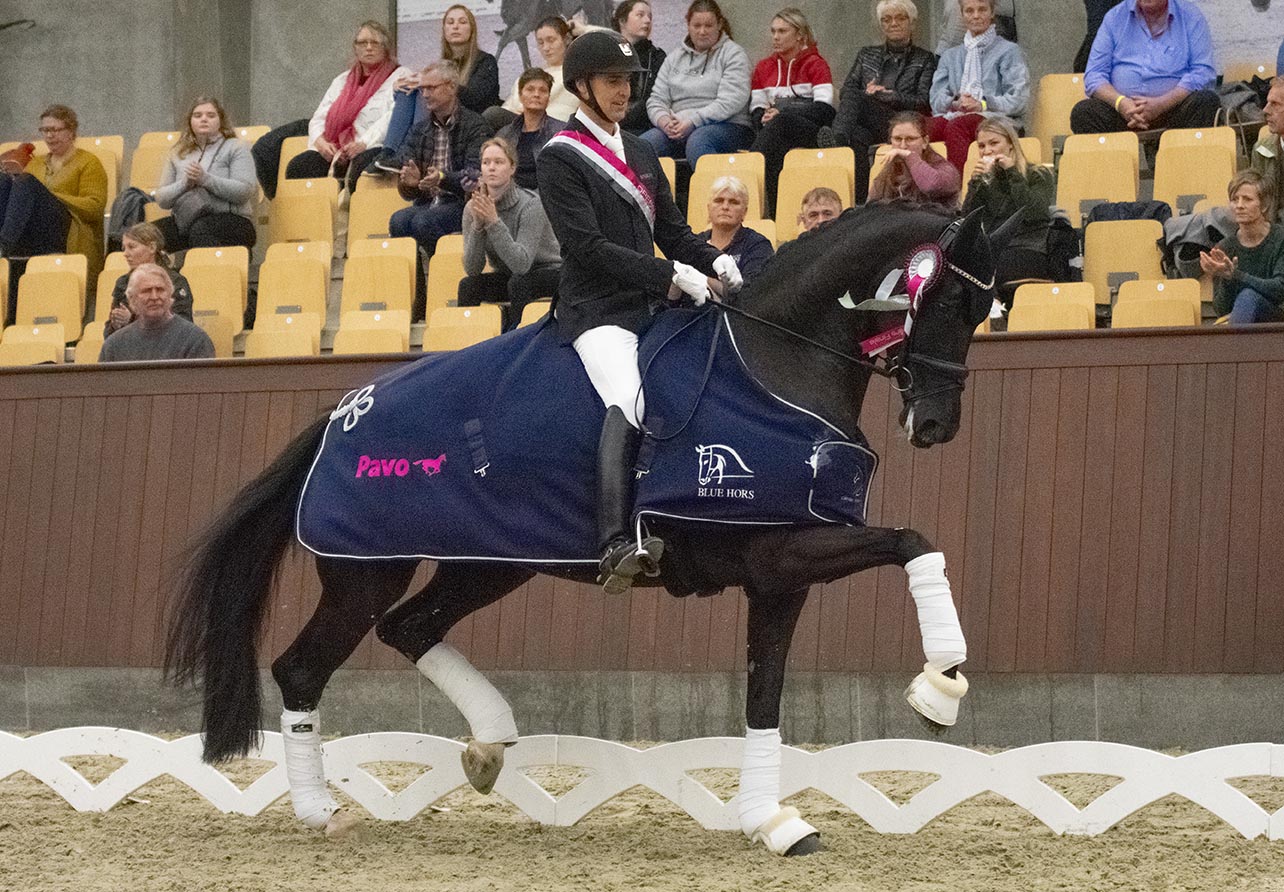 Helgstrand Dressage is known for being one of the leading training stables for young horses. Often, the horses are purchased very early, broken in, educated, shown to the public, and then sold before they become 6 yo and is ready for the bigger classes. It’s also the reason for the massive difference between the number of starting horses in the 4yo and 5yo, and the 6yo and 7yo.

In the 6yo class, we had 2 horses competing this year. Andreas Helgstrand and Revolution, and Mette Sejbjerg Jensen and Mio. Also, in this class were both equipages placed. And last year’s world champion and this year’s 2nd place at the WCYH, Revolution, showed his competitors no mercy and received no less than three 10’s and a total score of 9,6. It was an incredible ride, where Andreas and Revolution had a standing ovation while going down the last centerline. 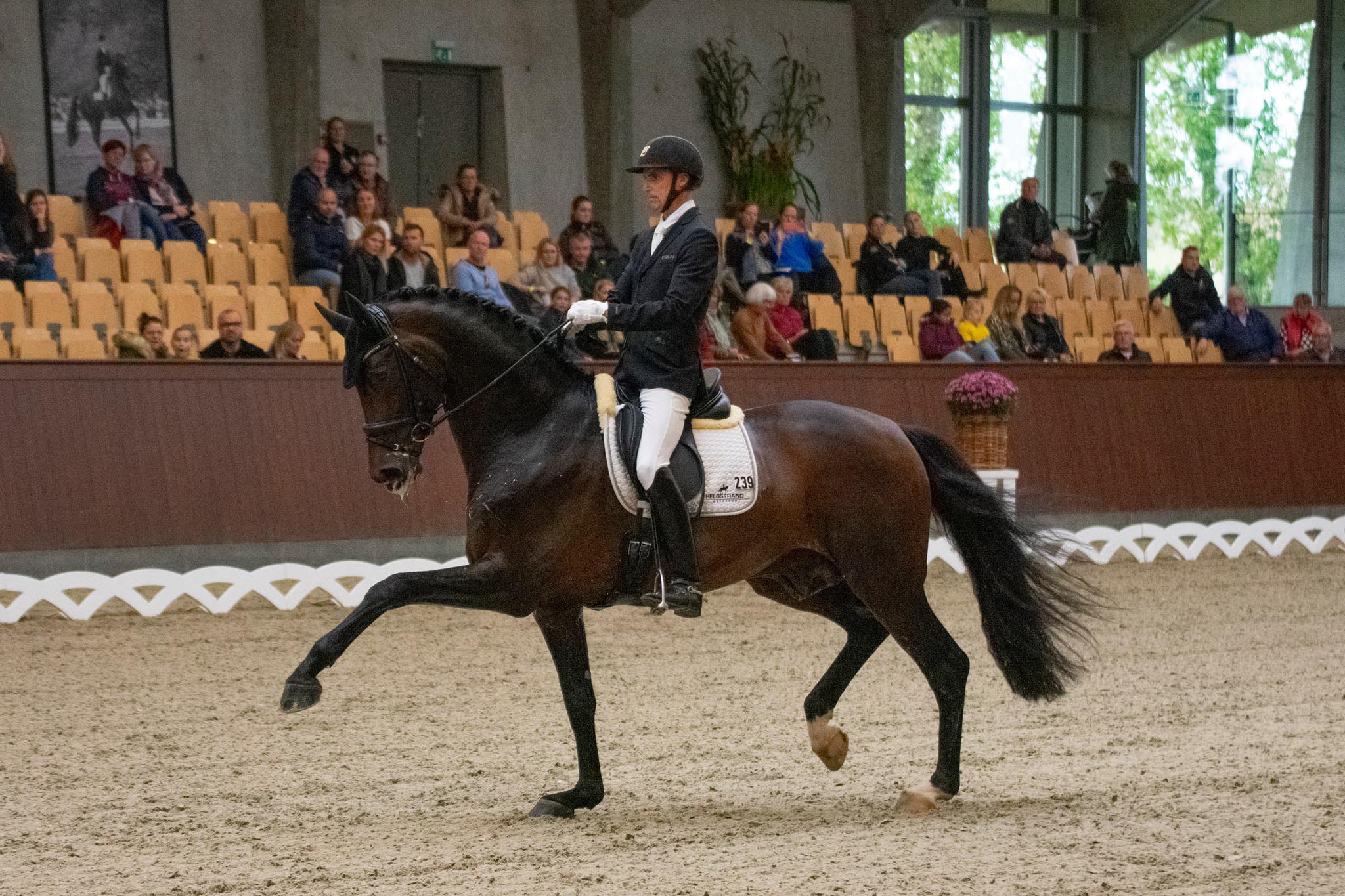 In the 7yo class, Helgstrand Dressage also had two equipages ready to start. Severo Jurado Lopez with the double world champion, D’avie, and Meike Lang with the WCYH finalist, Icing for U.

With an oversensitive Icing for U, Meike Lang was just outside of the placings in a competition filled with great horses and riders.

As always it came down between the two world-class breeding stallions, Hesselhøj Donkey Boy and D’avie. 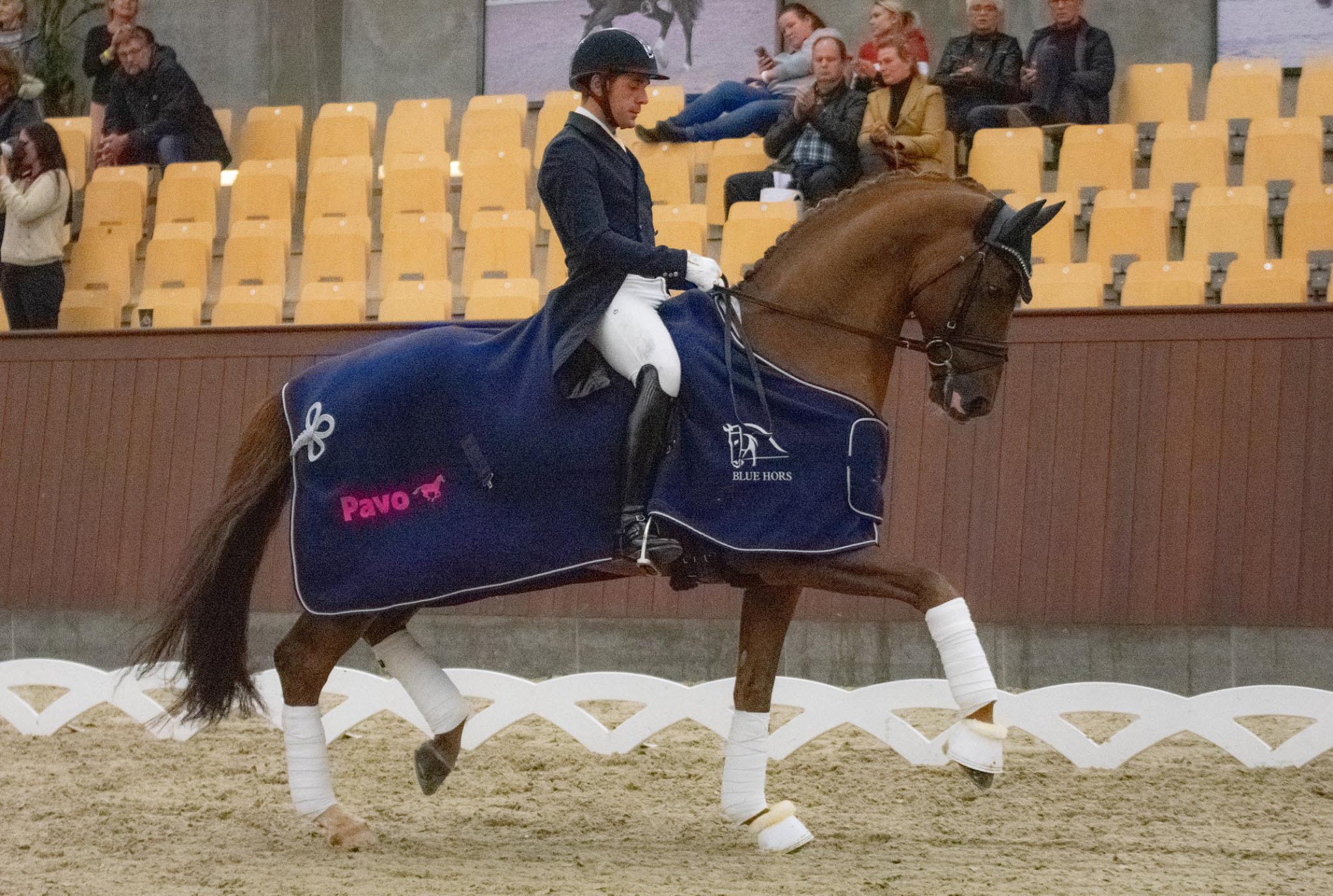 - It is absolutely incredible what we’ve been able to achieve this season. 2 new world champions, one vice world champion, and now 3 gold medals and 1 silver medal at the DEF championships for young horses. I couldn’t be any prouder. Not only do I have some of the best young horses in the world in my stable, but I also have the best team of grooms and riders, says Andreas Helgstrand.