American based, Charlotte Jorst, who is the founder and owner of the popular equestrian equipment brand, Kastel Denmark, has just bought another three top horses to help her fulfill her dreams of participating at the Olympics; the two breeding stallions Atterupgaard's Botticelli (Benetton Dream/Caprimond E.H.) and Grand Galaxy Win (Apache/Jazz) as well as the Danish young horse champion, Zhaplin Langholt (Zonik/Stedinger).

It is not the first time that the internationally successful Grand Prix rider Charlotte Jorst is visiting her home country, Denmark - because she already bought several talented horses at Helgstrand Dressage like Lorenzo, Kastel's Akeem Foldager and Kastel's Nintendo. With the purchase of three more promising dressage horses, Charlotte is now one step closer to realising her Olympic dreams.

- I already noticed Zhaplin Langholt when he became the best Danish bred horse at the 2017 Danish Equestrian Federation’s Championships. I followed him closely when he got young horse champion in Herning with Andreas in the saddle and attended the 2018 WBFSH in Ermelo. He is one of a kind with his extraordinary gaits, amazing temperament and wonderful rideability. I was convinced after only trying him once. He has everything that is requested by a modern sport horse, said Charlotte Jorst and adds with a smile; and his height fits me perfectly.

- There is no doubt that Zhaplin is a very special horse for me and that's because I had the pleasure of riding him myself. It gives me great pleasure that Charlotte sees the same potential in Zhaplin that I do and I am very much looking forward to following Charlotte and Zhaplin in the future, said Andreas Helgstrand, who hopes to see Zhaplin in Wellington when the competition season begins.

- We are very proud that our customers return time after time. We follow our customers closely on their way as they develop as a dressage rider and it makes us proud when they return to Helgstrand Dressage to find their new dressage prospect in order to fulfill their dreams, said Andreas Helgstrand.

Besides buying Zhaplin Langholt, Charlotte Jorst has bought two of Helgstrand Dressage's breeding stallions, Atterupgaard's Botticelli, who with Severo won silver both at the 2017 Equestrian Federation’s Championships and at the 2017 Danish Championships in Herning and participated at the finals during the 2017 and 2018 WBFSH. In addition, Charlotte has bought Grand Galaxy Win, who was named Champion Stallion of Danish Warmblood 2014 and participated at the 2016 WBFSH. Grand Galaxy Win is father of three sons, who were approved in Danish Warmblood in 2018.

Zhaplin Langholt is already in California at Charlotte's place and later also Atterupgaard's Botticelli is going to the US. Grand Galaxy Win will stay at Helgstrand Dressage, where he continues to be a part of the breeding program and Severo will continue his training. 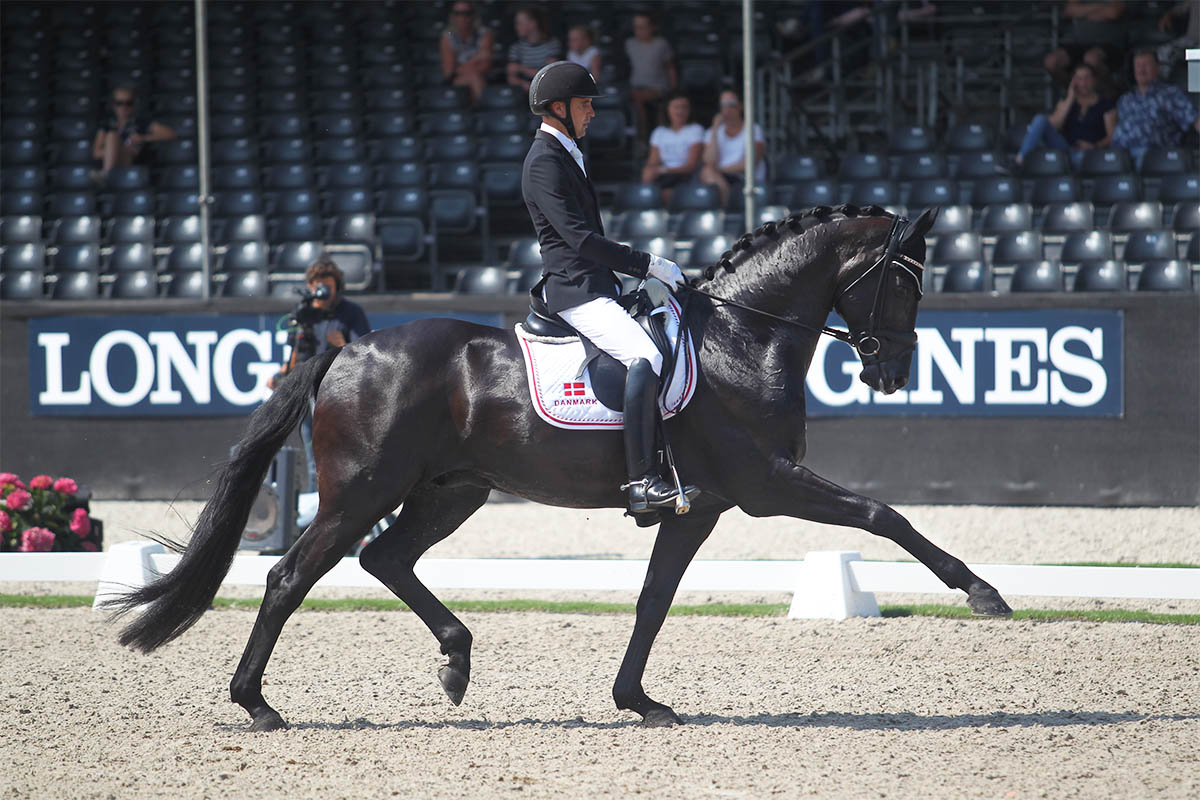