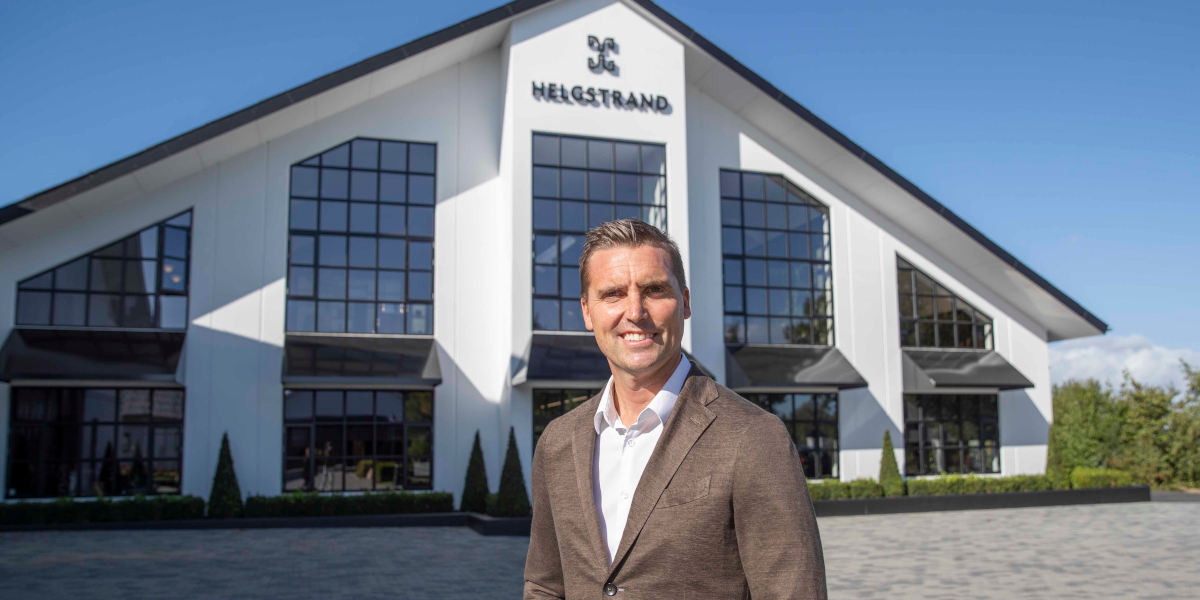 “The success of Helgstrand Dressage is also attributable to the many passionate and highly skilled people working for us. Without their expertise, we would not be where we are today,” says Andreas.

Andreas has had a noticeable sports career before founding Helgstrand Dressage winning medals at the Olympics, World Cup and European Championships. With many victories, Andreas is a role model for many young and ambitious riders. Andreas rode Blue Hors Matiné to individual silver at the 2006 World Equestrian Games in 2006. Some say this combination redefined piaffe and passage. Their freestyle performance at the WEG has more than 20 million views on Youtube. At the 2008 Olympics, riding Blue Hors Don Schufro, he won bronze with the Danish team.

Besides running Helgstrand Dressage, Andreas has not stopped training and competing horses. In the World Championships of Young Horses 2019 Andreas won gold with Jovian in the five-year-old class, silver with Revolution in the six -year-old class and Bronze with Queenpark’s Wendy. In 2018 Andreas won gold at the World Championships of Young Horses and the Danish Championships with Revolution. Andreas enjoys developing the young upcoming horses every day at Helgstrand Dressage.

Andreas about the start of his career

My career started with my family on Amager which, apart from me and my parents, counts my brothers Frederik and Thomas. My interest in horses came from my dad, Ulf Helgstrand, who was a passionate rider and horse keeper for many years. We took riding lessons together in Dragør- St. Magleby Riding Club.

In 1983, we moved to Majgården, which was neighbour to Kastrup Tårnby Riding Club, where I borrowed a white Connemara pony, Ringo. On this pony, I rode several LB and LA classes in jumping at club and district level. Here, it was possible for us to realise our dream of having a life with horses, and horse breeding also became an interest of ours when we bought the mare, Fresia. In that same period, I had my next competition horse, the jumper, Brith, on which I had my international debut in Brøndbyhallen in 1991.

In 1992, we bought the former Dragør- St. Magleby Riding Club, Maglebyhallen, where my family still lives and keeps their horses.

In 1994, I started my riding master education at Søren Vallentin in the Sport Riding Club Aalborg. During my apprenticeship, I rode Grand Prix in dressage as well as jumping on horses which I had trained myself. In jumping, I rode the Lagano son, Lazio, at the Danish Championship, Nordic Championship and European Championship in jumping for young riders. Concurrently, I also trained the studhorse, Vemmetofte Rainman, for Grand Prix and was e.g. placed at the Danish Championship. In addition, I had several starts, placements and victories on a number of horses at district, national and elite competitions in jumping as well as dressage, and I rode several successful championships.

After taking the master rider exam in the summer of 2000, I was employed at "Van Olst Stables", where I rode and trained the young horses.

In the autumn of 2000, I went to Stall-K in Kongsberg in Norway, from where I operated my own business with training of horses, teaching and horse trading. Concurrently, I trained the studhorse, Zalmiak Firfod, for Grand Prix level. While staying in Norway, I also trained the Norwegian national dressage team for junior and young riders.

In April 2002, I was employed as head master rider at Blue Hors, where I rode the very young horses and trained them for the championships and I also rode and trained the older horses for start in Grand Prix at international top level. In this connection, I rode Blue Hors Cavan at the Olympics in Athens in 2004 and Blue Hors Don Schufro in 2008 in Hong Kong, where I won the bronze medal for teams together with Anne Van Olst and Natalie zu Sayn-Wittgenstein. Another absolute highlight of this period is my World Championship silver medal in 2006 on Blue Hors Matiné. Apart from being responsible for training and sports, I participated in the breeding work of the stud farm by preparing and riding the stallions.

After almost seven years' employment at Blue Hors, I started my own sale and training centre, "Helgstrand Dressage", in the autumn of 2008. 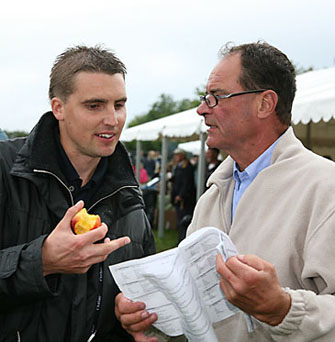 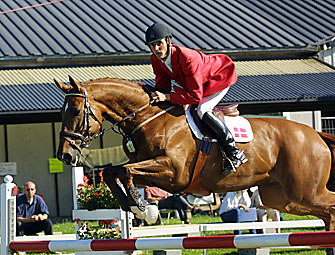